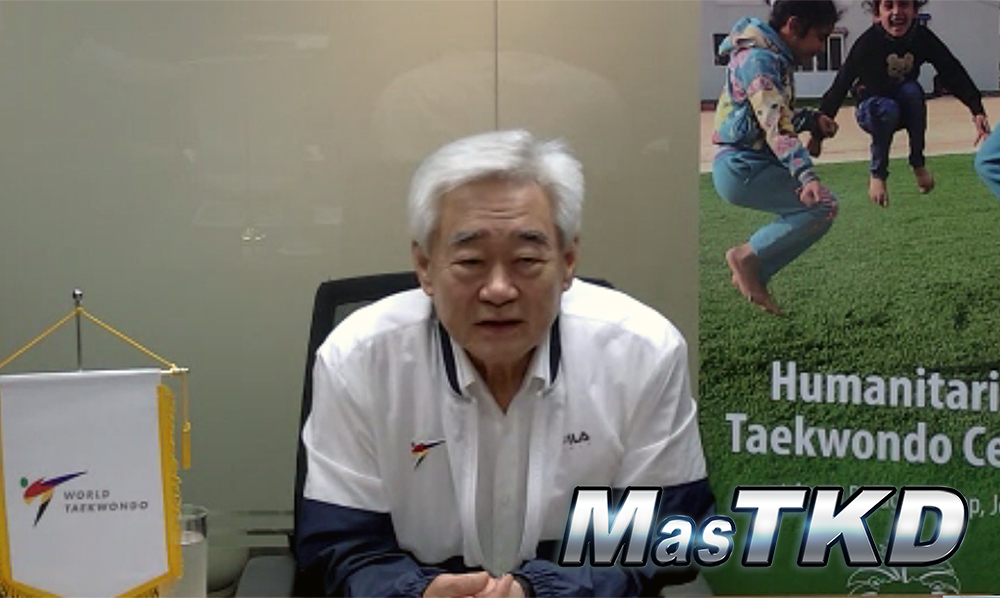 A total of 10 young practitioners and their coach Asef from the camp participated in the call, including Wael Fawaz Al-Farraj who is a refugee athlete Olympic Solidarity scholarship-holder and hopes to get to the Tokyo 2020 Olympic Games next year. Each young practitioner introduced themselves and thanked World Taekwondo and the Taekwondo Humanitarian Foundation (THF) for the support they have provided. Some of them also demonstrated their taekwondo skills.

President Choue opened the call and praised the young practitioners for their performances and dedication to the sport. He also invited them to take part in the virtual World Taekwondo Poomsae Championships in November this year. 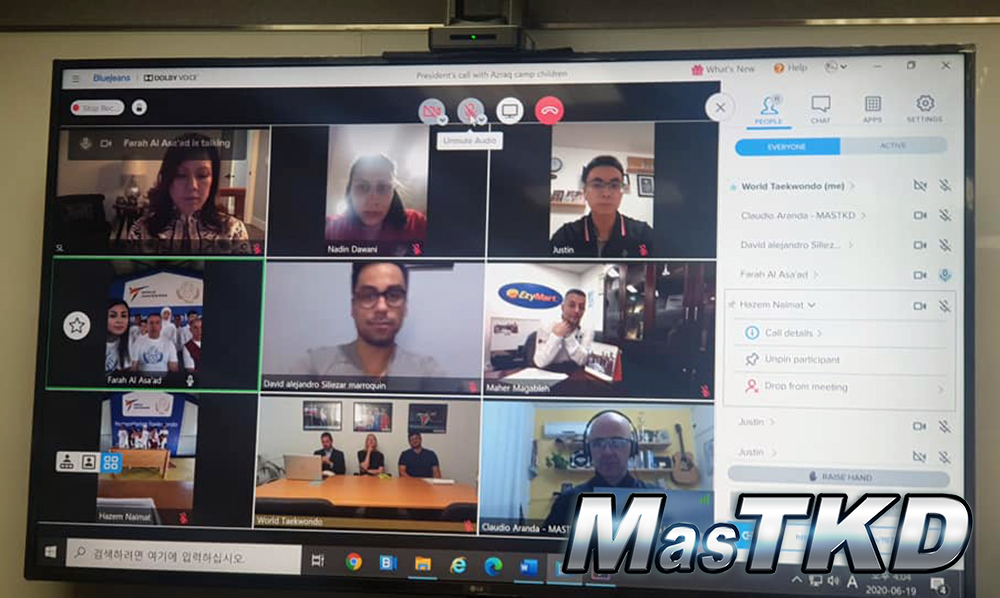 The call also featured strong family bonds, with siblings training together. One of the light-hearted moments came from a 42-year-old father who recently got his red belt. He said that he received training regularly from his two sons who are already black belt holders, including his 9-year-old son.

“Our young refugee athletes are an inspiration to all of us. Even in these most difficult of circumstances they have continued to train and stay positive and it is my hope that they will be able to reach an Olympic Games one day. I was very inspired by their cheerfulness and passion for taekwondo. 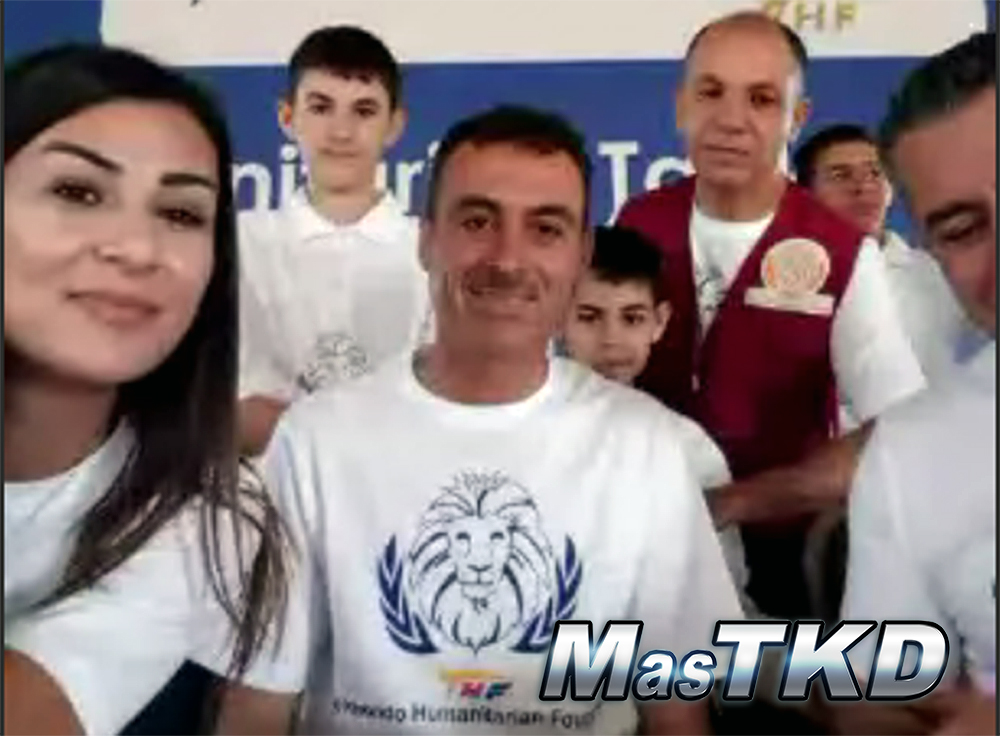 “At World Taekwondo and the THF we are committed to supporting refugees through taekwondo. Speaking with these young people, it is clear to see just how much joy and hope taekwondo brings them. World Refugee Day is important in raising awareness of the plight of refugees around the world. By providing them with access to support, we can have a positive impact on their lives.”

“My dream is to participate in the Olympic Games and I will train very much until I reach this goal. I want to have my name in front of the world. It will be a good thing for all the refugees if I can reach the Olympic Games and I will support all refugees. I want to thank Dr. Choue, Mr. Hazem Naimat (WT Council Member) and THF for all your support and our coach for his training.” 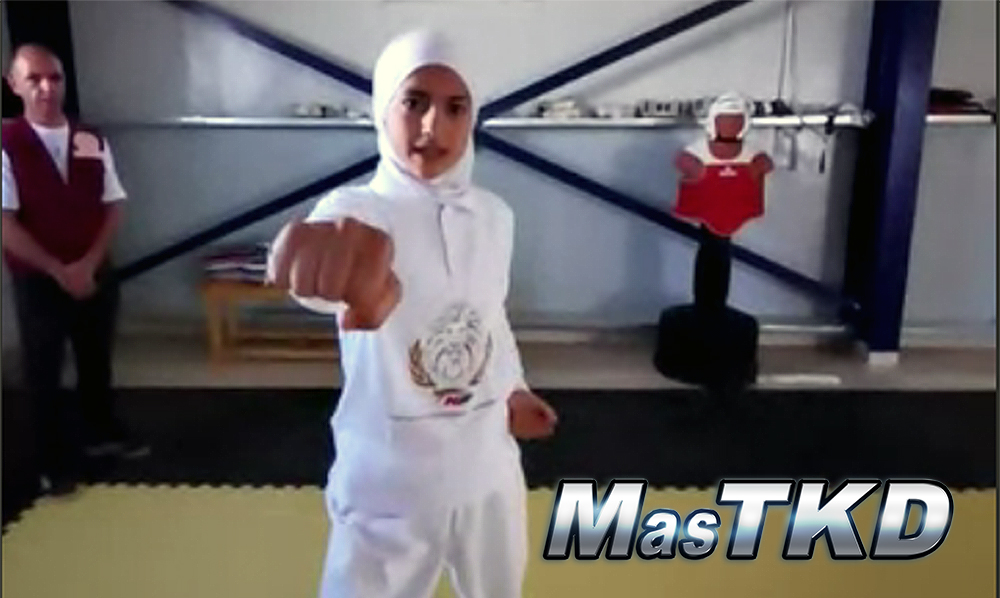 World Taekwondo Council Member Maher Magableh participated in the call and explained how Wael had got involved in taekwondo to begin with:

“Wael was walking around and saw us moving taekwondo mats and he helped us move them. Afterwards he asked what it was for and we said it was for taekwondo and he asked what taekwondo is? The next day he registered and he was one of the first players in the camp and he’s the first to get the black belt and now he’s training to try for the Tokyo 2020 Olympic Games next year.” 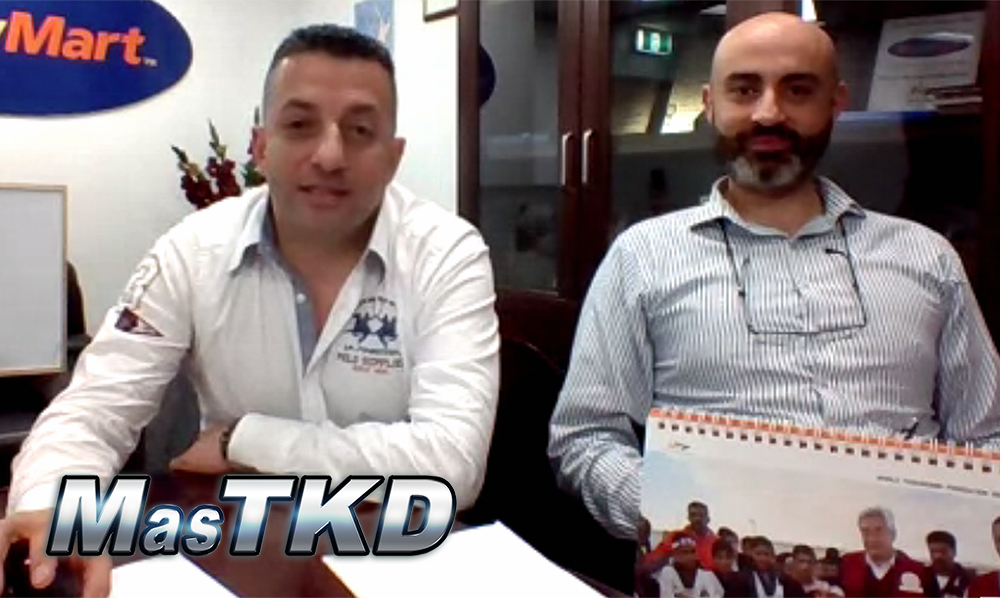 “The refugees have done a great job and they are improving each day and each month. I assure you we will continue to support from our side at the Jordan National Olympic Commitee to ensure one of these refugees can reach Tokyo 2020 and we thank you all for all your efforts.”

The Azraq Humanitarian Taekwondo Center currently has 12 black belt holders and is hoping to increase this number in the months ahead. 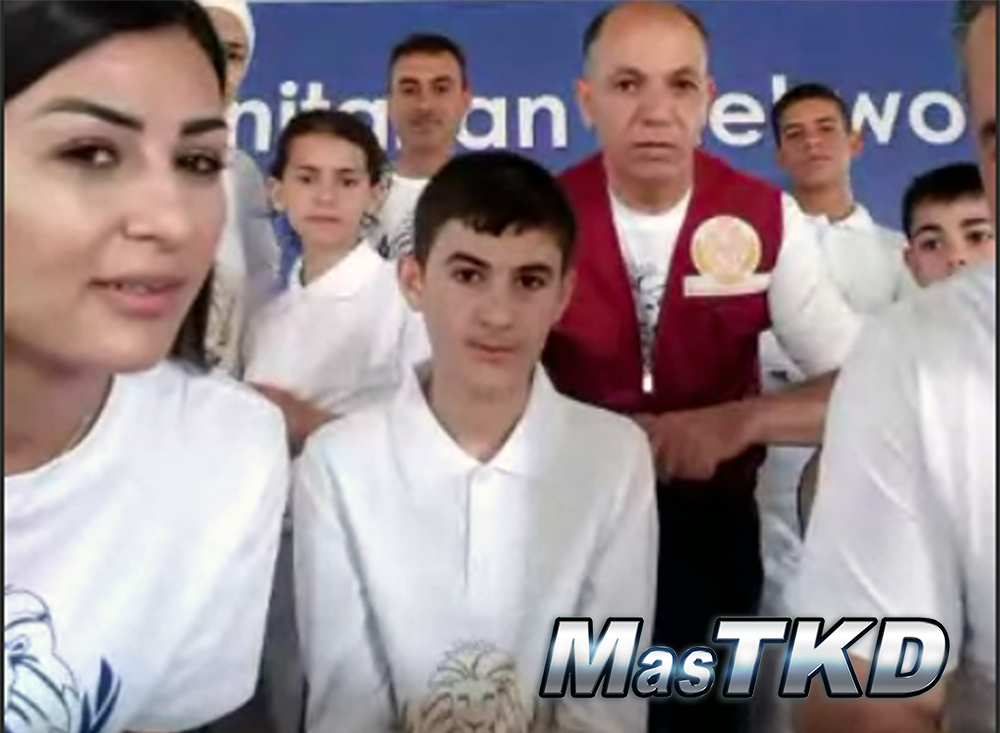 The THF is continuing to expand its projects to reach more refugees and has recently launched a fundraising campaign to build a Humanitarian Taekwondo Center near the Mahama Camp Rwanda. Rwanda hosts close to nearly 150,000 refugees, 50% of which are estimated to be school-aged children. The Taekwondo Center will be a safe haven for these refugees and through taekwondo will promote social inclusion between them and the local population. Donations can be made here.