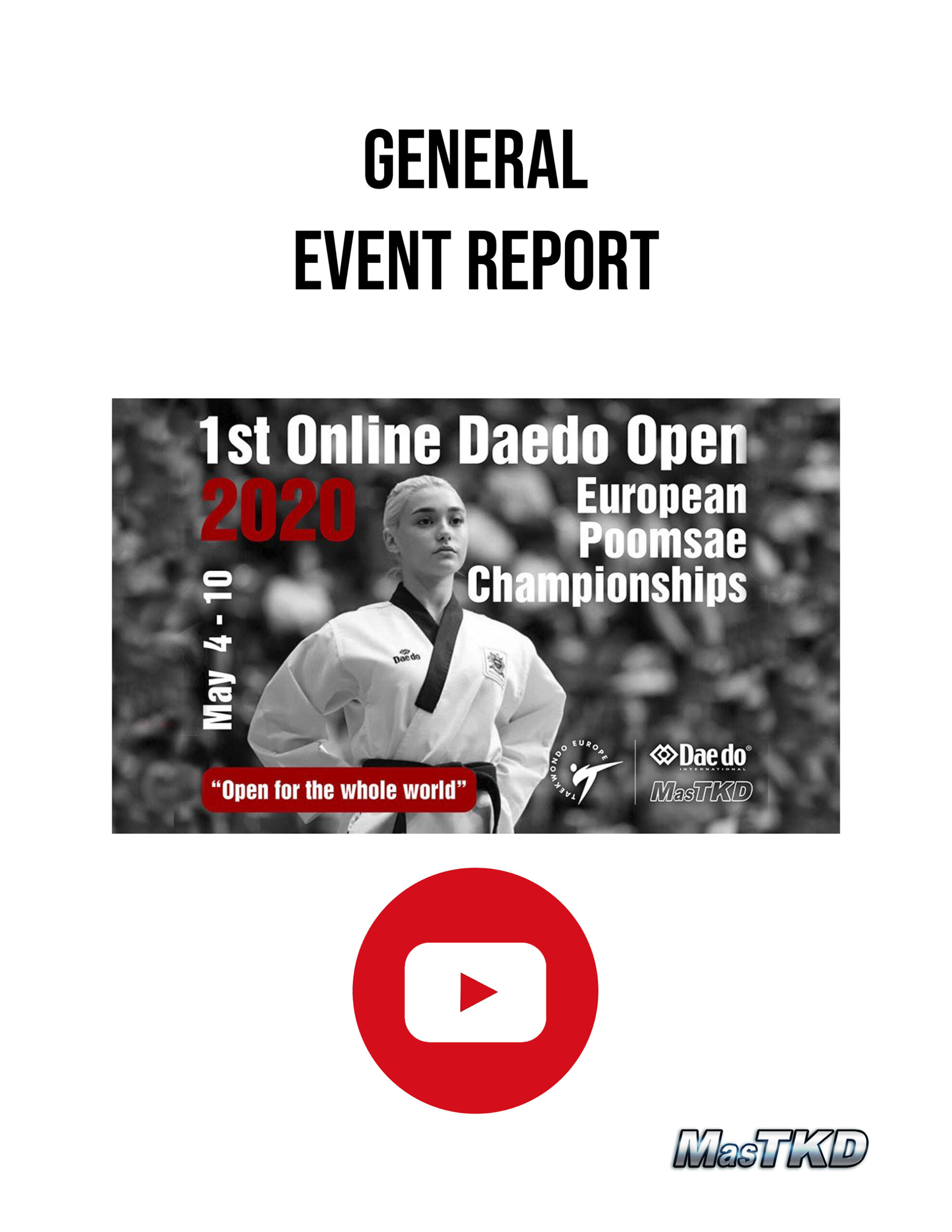 With the end of the 1st Online Daedo European Poomsae Championships, the collection of the metrics generated on YouTube began… and the numbers are impressive.

The competition rings appeared 1,112,852 times on the Internet users’ screen from May 4 to 10, dates where the event was held.

The numbers are derived of data crossing from Google Analytics, Youtube Analytics and Restream, a server tool used by MasTKD.com. 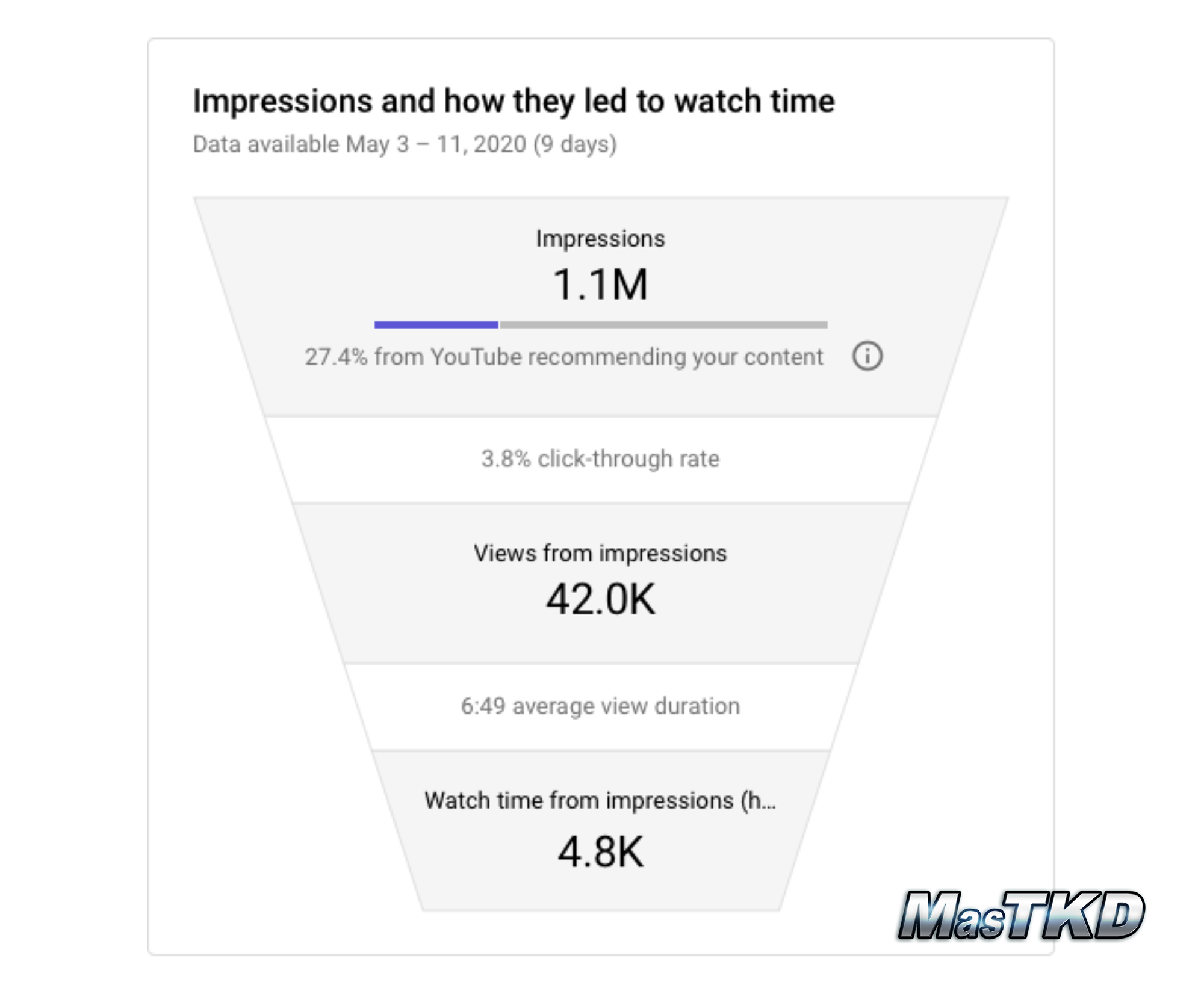 Data crossing is said when the numbers of the three platforms matches with each other and can be taken for granted. This corresponds to a method of rigor and precision, since only one of these platforms could be used -perfectly-.

Over a million impressions means the number of times thumbnails of live events were shown to viewers on YouTube through recorded impressions. In other words: brand exposure. 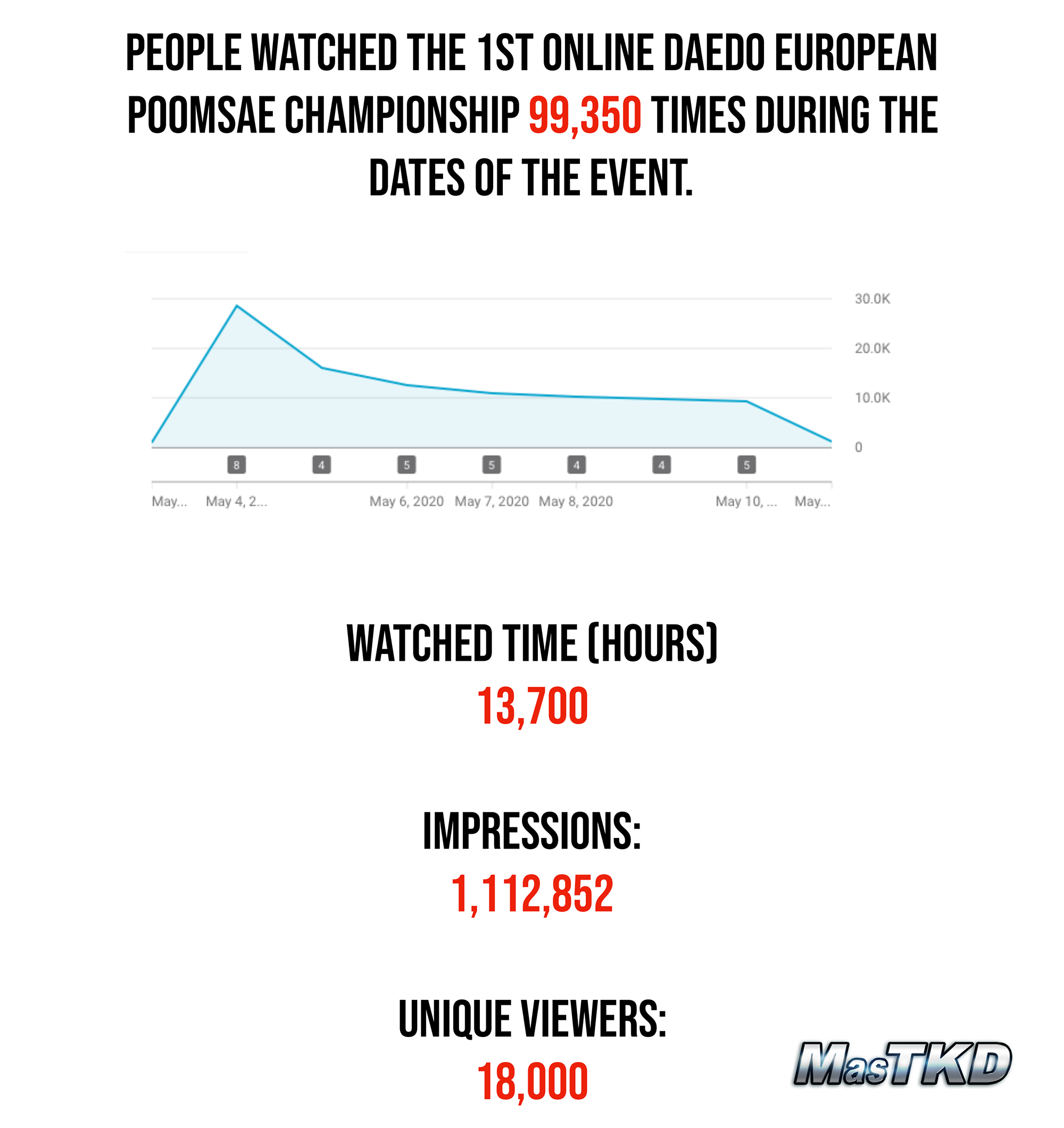 The rest of the data comes from the impressions:

In total, the public played 13,700 hours of live videos, distributed among 18,000 unique users, only on YouTube.

For the championship there was an enrollment of 1214 competitors who met all the requirements, so it can be forcefully said that their penetration in the public was 1483% of the estimate. 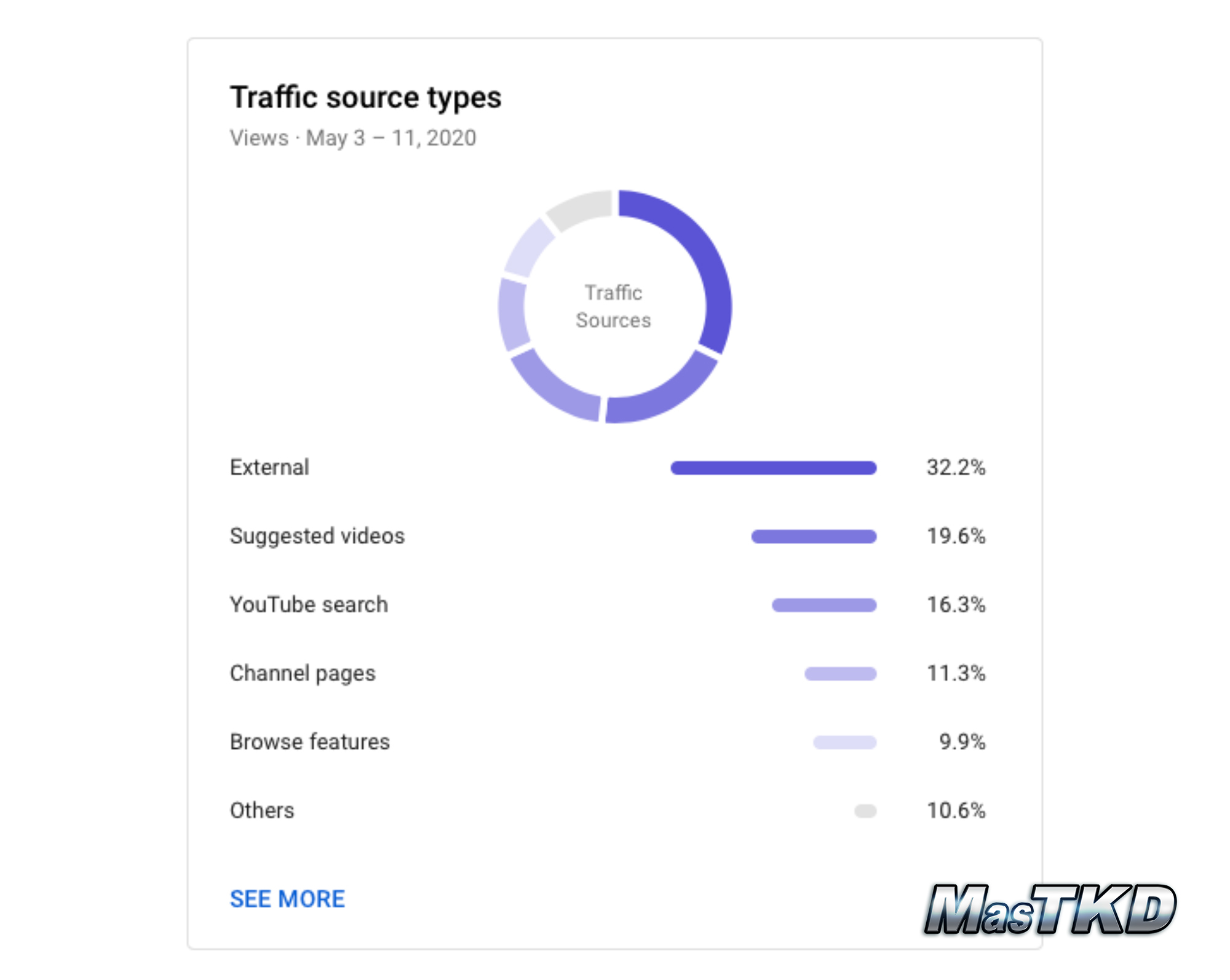 28.2% of viewers were connected from the United States, Italy, Greece, Russia and Spain, according to the report.

A very important fact to highlight is that the connection to the Youtube rings was not made directly, but through a drag of Facebook, MasTKD.com, links shared by Whatsapp, the Martial.events platform and the official site of WT Europe.

The 1st Online Daedo European Poomsae Championships was held between May 4 and 10 through, mainly, YouTube.

The methodology was to create four virtual rings where the videos of the competitors were presented to the international referees and broadcast them – videos and results – on YouTube.

Besides that, a master broadcasting provided a Facebook Live, Youtube and Periscope Live with results during the development of the tournament. This fifth screen can be said to have functioned as an overall result.

The championship was the product of the partnership between WT Europe, Daedo and MasTKD.com. 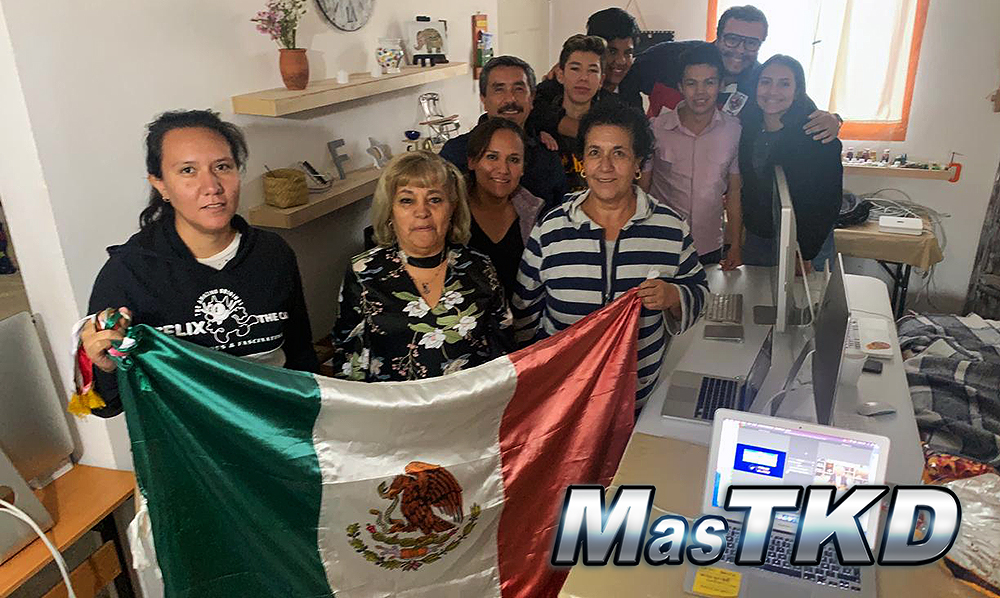 To develop it successfully, 30 international referees from the five continents were recruited and trained to use an app that compiled the results in real time and gave immediate qualification.

Also, in the operational part or better known as OVR, there were personnel in the United States, the Netherlands, Greece, Mexico, Guatemala, Argentina and Costa Rica.

The transmission and presentation of the videos was in charge of the technical producer Salvador Pérez and his team installed in Querétaro, Mexico.

Simultaneously in the assistance and logistics part were Claudio Aranda and Laura López, in Argentina; Eric Gilson and Andrew Phang, in the United States; Alex Siliezar, in Guatemala; Esteban Mora, in Costa Rica; and the members of WT Europe, in the Netherlands and Greece.