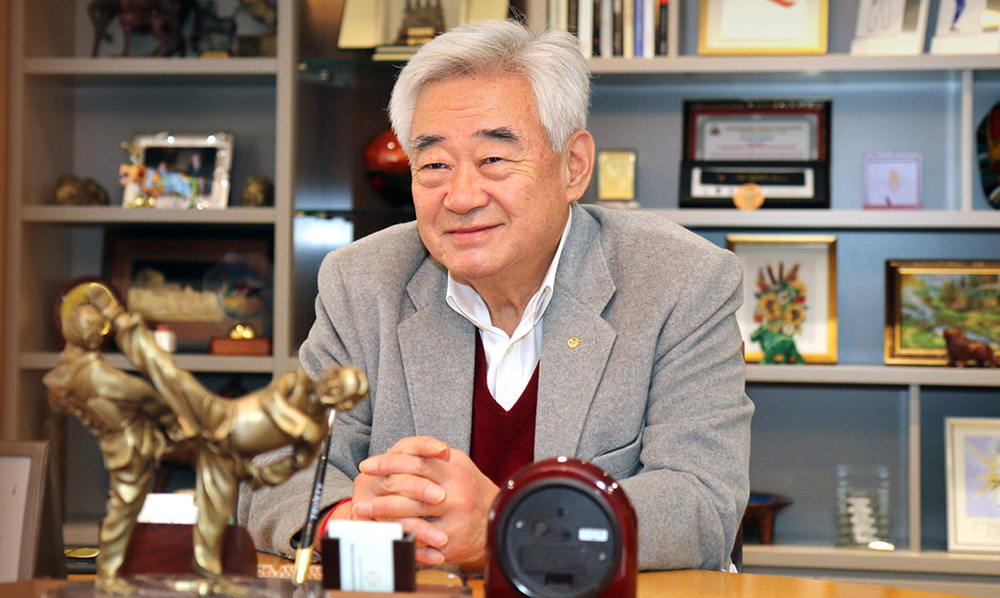 President Choue expressed his deepest sympathies to those who have been affected around the world. From taekwondo’s perspective, he acknowledged that “the crisis caused by COVID-19 can be another opportunity for us to start from the beginning.”

“The IOC considered the postponement very carefully and thought about the athletes who prepared hard for four years for the Games,” President Choue said.

“However, I support the decision of the IOC. There is a large financial loss caused from the postponement but as the situation got worse there was no other option. Athletes and officials’ safety and well-being are the priority. Now, it’s time to focus on the successful Games for next year.”

“We will take this postponement as an opportunity to maximise preparation time for a successful Games. We will have an Olympic Games that will be better than any of the past Olympics.”

World Taekwondo has cancelled and postponed many of its events this year as a result of COVID-19. It has also switched its Extraordinary Council meeting on 12 May, originally meant to be held in the Olympic House in Lausanne at the invitation of the IOC President, to a teleconference meeting. Following the postponement of Tokyo 2020, the 2021 World Taekwondo Championships scheduled for May 2021 have been postponed until later in the year after the Games.

World Taekwondo is also planning for the Paris 2024 Olympic and Paralympic Games and has committed to forming an Ad-hoc Committee that looks to improve competition rules to ensure the most exciting fights in Paris. The Protector and Scoring System (PSS) is also being improved and will be ready for use in the 2023 World Taekwondo Championships.

President Choue is confident that the pandemic offers the chance to “reset”. “We will restart and we will overcome this hardship successfully.”