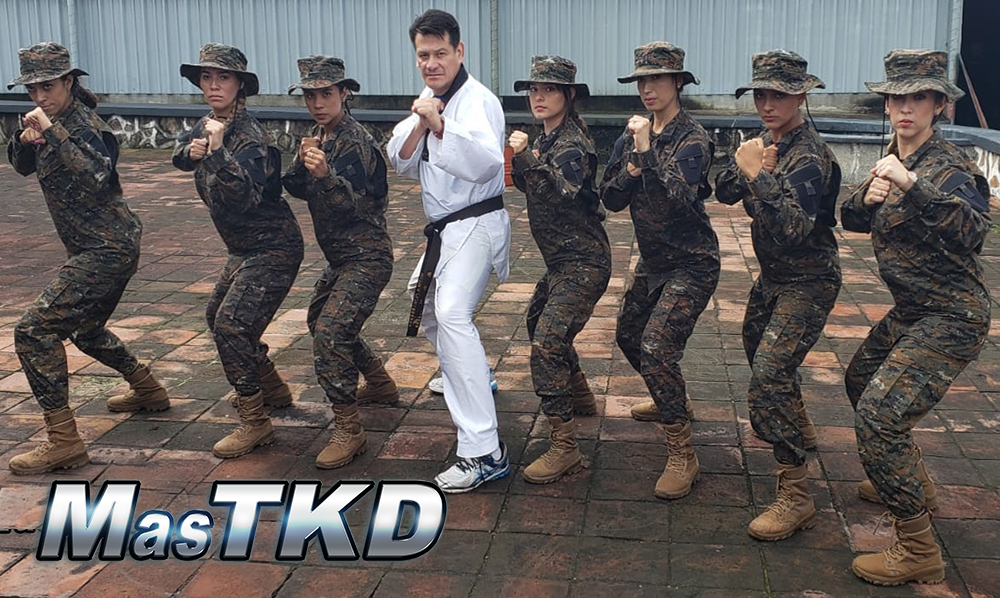 “They are special army unit trained at the highest level. They have marked their history in Guatemala, the country of origin, from its creation until today. They are recognized worldwide and have participated in many operations in different countries. Their training is quite strong, but there is something specific in his training: the last phase. It is the most demanding of all phases because it demands physical and mental strength. His indomitable spirit is tested to achieve the goals set”, says Andrés Moreno, a Colombian war veteran, former member of the French legion, former member of the US-led coalition forces in the Middle East, especially in Iraq.

Moreno, with more than 20 years of experience in the most dangerous armed conflicts, spoke with MasTKD after being asked about Guatemalan special forces: the Kaibiles. Currently an outstanding instructor of the special forces of his country, Moreno´s opinión is a reference to see how the Guatemalan special group is perceived, as the Kaibiles base their entire personal and hand-to-hand defense in Taekwondo. 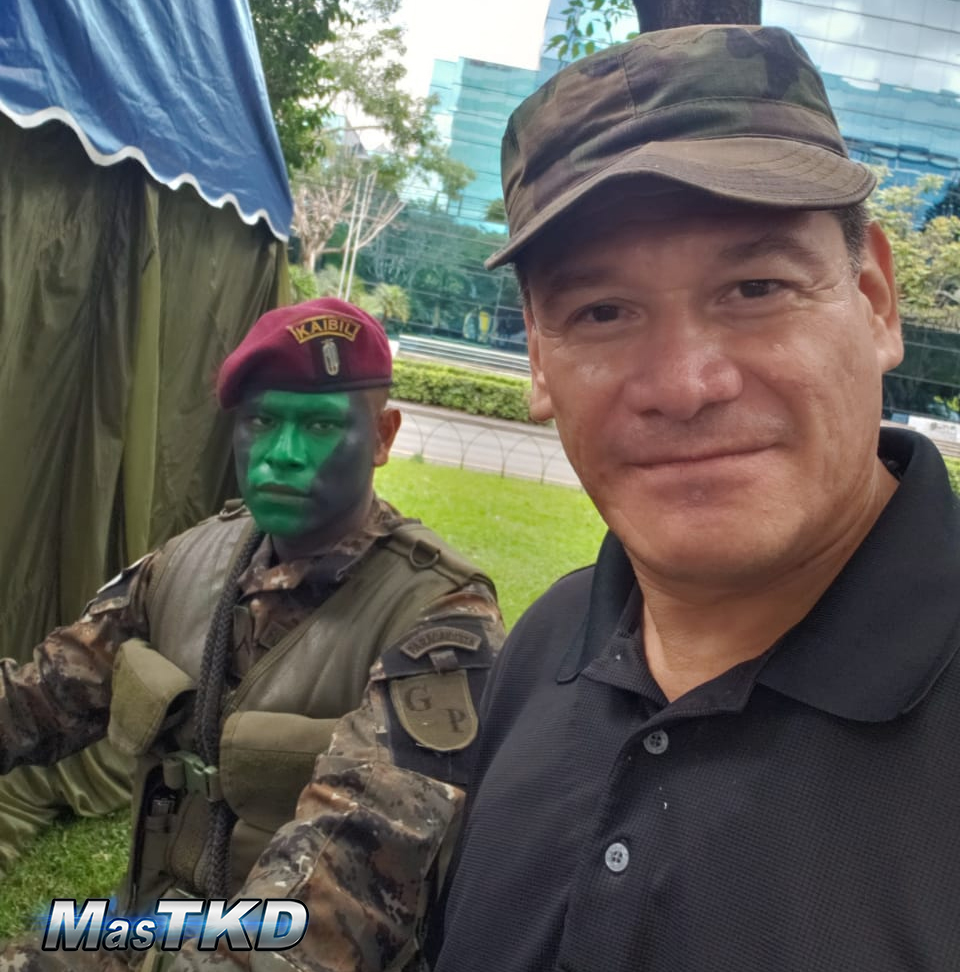 The Kaibiles are prepared to face any situation on the Street, however the Taekwondo techniques they use are very different from sports Taekwondo.

The Guatemalan special forces group has received Taekwondo training since 2014, according to Héctor Cazali, instructor and project manager.

“Military Taekwondo is more than 2000 years old. Soldiers train fist attacks, mobilizations with fists, any attack with kicks, hands, with knife, or gun; All this is driving techniques, which are within the Taekwondo rules, specifically aimed to face street problems. How will a terrorist attack, a marero? Because these people are going to attack without a rule and it goes without saying that there are no rules on the street,” Cazali said during a report made in September in Guatemala City. 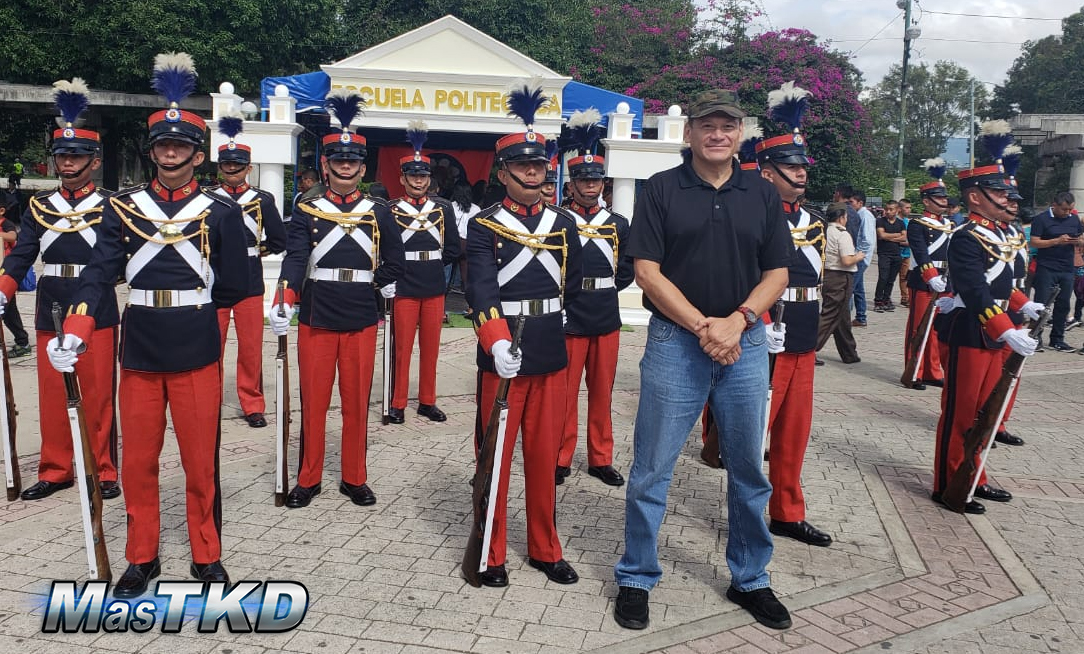 The Kaibil course, created by Colonel de León Márquez, is among the eight best courses in the world of survival and war. It is a 60-day preparation, which includes personal defense with Taekwondo techniques with legs, arms and with direct techniques towards the floor.

The tests are carried out in “El Infierno”, one of the most demanding training camps on the planet located in northern Guatemala, in the Petén jungle.

“The Kaibil course includes three phases: the first is 21 days long of theoretical instruction and practical training; applicants in this stage are tested on military spirit and moral level; the second phase takes place in the jungle for 28 days and at the end of the severe training, the kaibil must know how to act skillfully in an irregular war and be able to cross streams of water, swamps, cliffs, demolition, detect and deactivate mines; in the last stage, the kaibil aspirant, accustomed to eating snakes, ants and roots, and to capture dew water in leaves, must carry out annihilation attacks, intelligence maneuvers, penetrations in enemy territory and refueling,” said a chronicler of Notimex in 2006 when he visited “El Infierno”.

The first things the soldiers learn related to Taekwondo are the basic movements, they need to have the basic skills to advance to the following level since their life depends on decisions made in microseconds, including defenses. 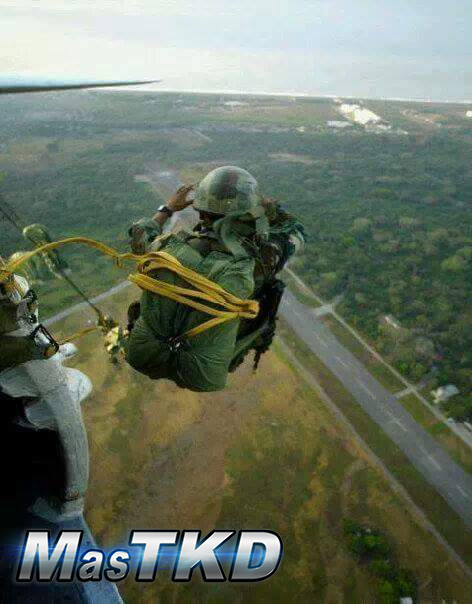 “My work begins by explaining the basics of Taekwondo. I teach them the basic Taekwondo movements; until they learn the basics, I cannot go to the most advanced techniques,” said Cazali, who is also a paratrooper of the Guatemalan forces and international referee Taekwondo.

But Cazali´s influence goes beyond, as he also trains the students of the Military school since 2001 and the Secretariat of Administrative and Security Affairs (SAAS) whose function is to protect the country’s political and high-ranking figures, such as the President of the Republic and his cabinet .

“SAAS members must be capable of facing any type of aggressors or terrorists who want to harm any person.” The presidential entourage consists of two motorcycles leading entourage, three SUVs where the president goes; and two additional motorcycles, according to Cazali’s explanation.

Within the SAAS there is also a second group of infiltrators who function as civilians in public activities. They are special agents who are ready to face any problem and also receive Taekwondo training. 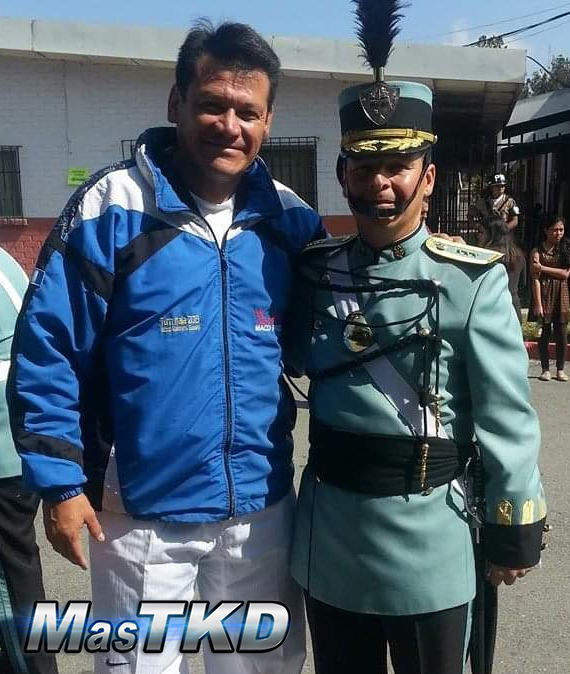 “(…) The Koreans drew an extract of what Taekwondo is and focused on the legs. In the Olympics we can see fights using only kicks, (…) however, that is sports Taekwondo and has rules. Martial art is totally different, because martial means army. Taekwondo was made for the special forces of the Korean army, it is where everything is applied with respect to arm techniques, attacks, immobilizations, leg techniques. There is another martial art that is Hapkido which is to harness the strength of the opponent, adding a blow to destroy it,” said Cazali to differentiate the sports Taekwondo from the martial.

SAAS members are weapons experts. However, they are taught to use personal defense techniques first, and use weapons as the last resource.