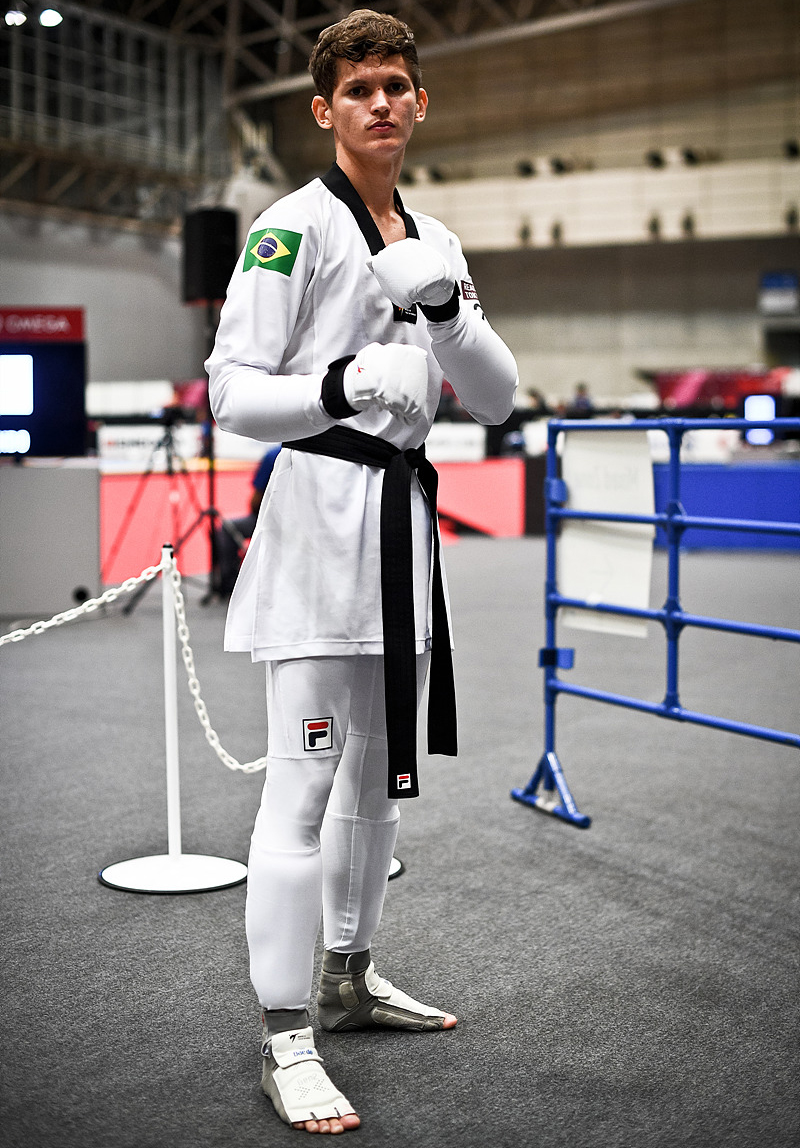 With a skin sports pants style, the World Taekwondo Federation (WT) will launch new uniforms that revolutionize the traditional doboks at the Test Event of Tokyo 2019.

The style is similar to the uniform shown at the Manchester World Championship last May; It was made by FILA and it has protectors in the inside. The pants are completely adjusted to the body and the jacket is similar to the usual dobok, except the arms. Additionally, the gloves completely cover the hand.

An official WT source told MasTKD.com that the use of this uniform during this event will be an test where a series of aspects ranging from ergonomics to style will be analyzed, although the source did not specify the criteria to be evaluated.

It is important to mention that this style is not approved for the Tokyo 2020 Olympics, since the Test Event is the first time these deboks are used and the results will have to be analyzed.

In the previous World Championship the style was questioned, because it could affect the participation of some athletes due to religious and social issues. However, there was no information of the WT’s position in this regard.

For Rio 2016, Taekwondo uniforms also made headlines when WT announced that colored pants could be used.

Subsequently, the national flag on the pants of each team was proposed, however, the reaction around the world was from passionate “pro” to a hatred “con”, including coaches, athletes and practitioners. This style has been uses by national teams such as the United Kingdom, Chile, Spain – at the time – Iran, among others.

The Tokyo Test Event will be held on September 27 at the Makuhari Messe, in Chiba in Japan. The event will be attended by 31 athletes such as Briseida Acosta, Jorge Hernández, Paulo Melo, Talisca Reis, Yasmina Aziez.