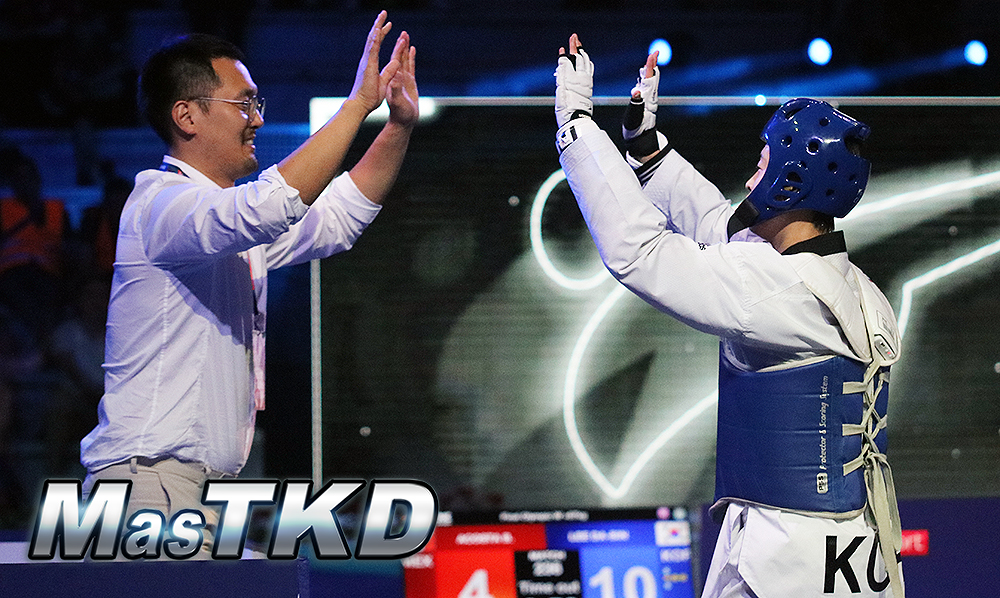 The second day of the inaugural Poomsae Grand Prix saw Korea, Mexico and Italy win the gold, silver and bronze medals of the freestyle pair over 17, respectively. All three pairings delivered exceptional performances which drew huge applause from the packed crowds at the Foro Italico Arena. 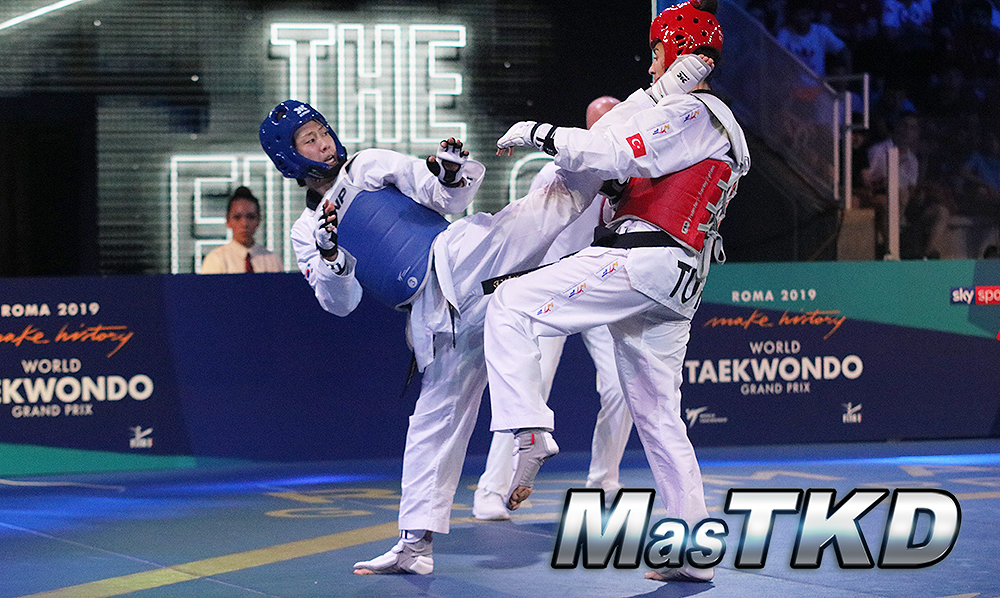 The first final of the night was between Turkey’s Hatice Kubra Ilgun and Ah-Reum Lee of Korea. Lee broke the deadlock with a punch but a kick to the body from Ilgun took her into the lead. Lee made good use of punching from close range to give herself a 5-2 lead but Ilgun responded with one of her own just before the end of the round. Lee came out strongly in the second round landing a kick to the body and a kick to the head in quick succession. A punch from Ilgun brought the scores to 10-4 at the end of the second round. Another punch followed by a front kick closed the gap to three points with a minute of the match to go. Ilgun increased her intensity with 30 seconds left delivering a number of powerful kicks but none of them registered points. Lee soaked up the pressure and expertly hit on the counterattack landing a kick to the body and head to win 18-8. 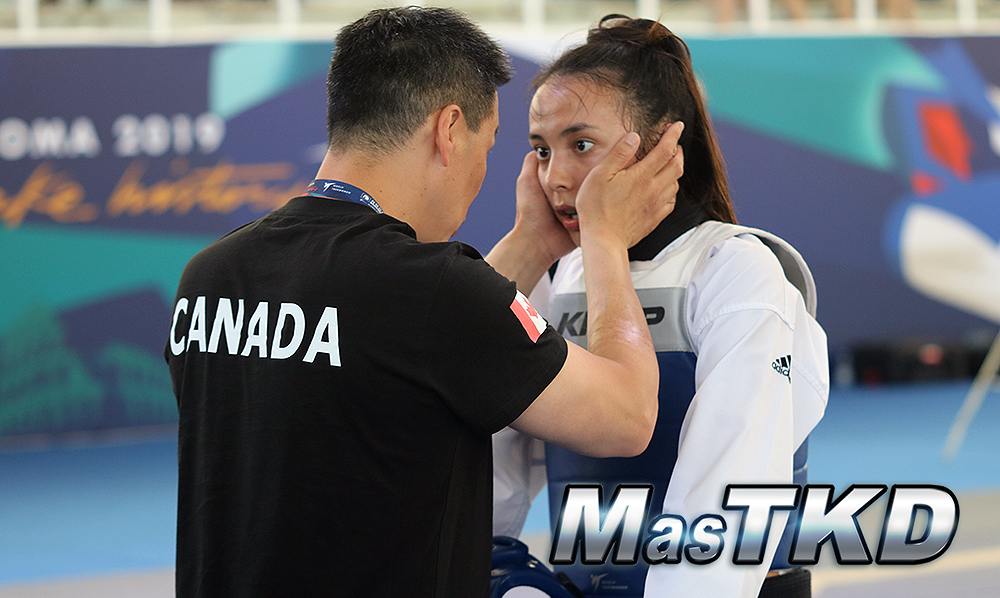 The bronze medals were won by Canada’s Skylar Park and USA’s Anastasija Zolotic. In the first final between Lee and Park, Lee took an early lead with a kick to the body. Park responded well but was not able to truly threaten to close the gap which Lee had established. Lee won the match 8-4. Ilgun and Zolotic faced each other in the second semi-final. Two head shots in the first 15 seconds gave Ilgun a six-point lead which set the tone for the match. Despite some strong attacking from Zolotic, Ilgun was too strong and won 26-11. 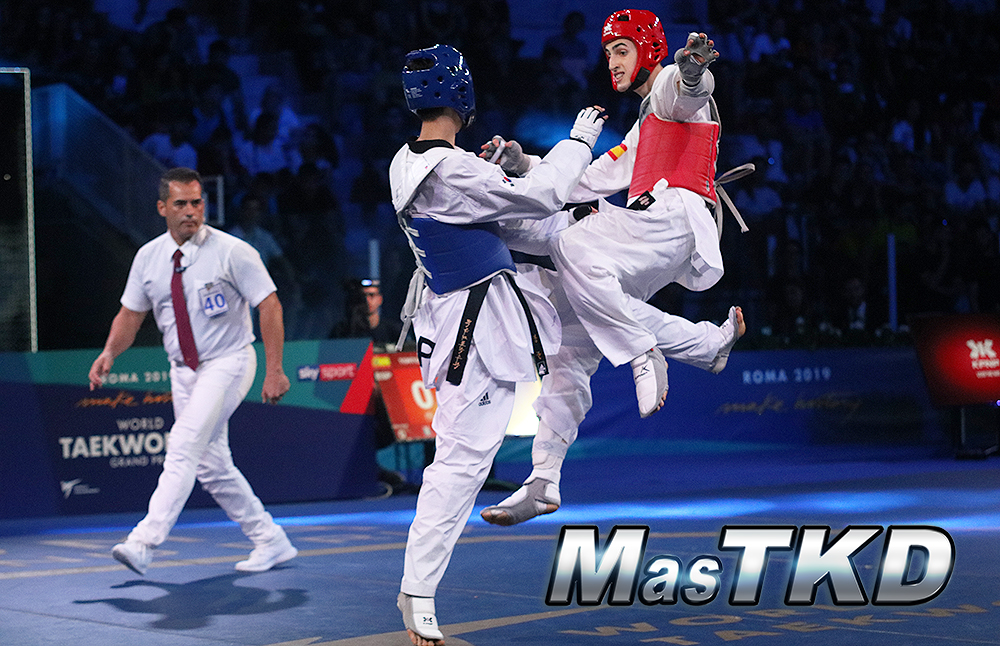 The men’s -58kg final was contested by the 2019 World Champion Jun Jang of Korea and Jesus Tortosa Cabrera from Spain. The pair demonstrated a wide-range of techniques but neither was able to land them effectively and the first round finished scoreless. As Tortosa Cabrera attempted to force the issue in the second round he committed a number of gam-jeoms and the round finished 2-0 to Jang. The final round saw more of the same with both fighters trying valiantly to attack but successful kicks proved elusive and further gam-jeoms for both players saw the match finish 3-2 to Jang. 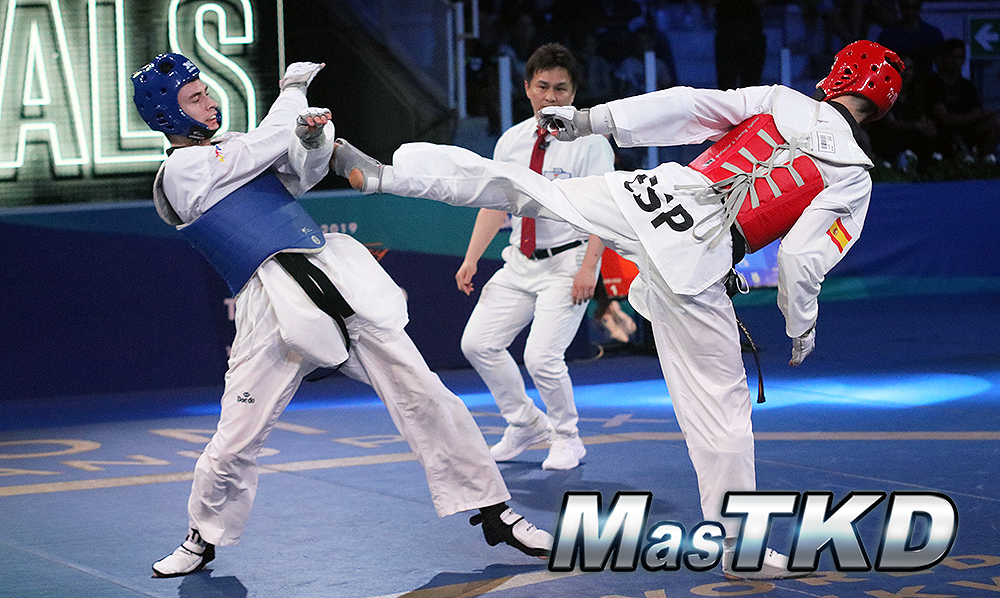 The bronze medallists were Tae-Hun Kim of Korea and Russia’s Mikhail Artamonov. The first semi-final produced an all-Korean match up with Kim facing Jang. Jang was leading by one point after the first two rounds but the final round saw both fighters land a number of kicks to take the lead. The match finished 8-8 forcing a golden point round, which Jang won with a kick to the body. The second semi-final paired Artamonov and Tortosa Cabrera. As in the previous semi-final, neither fighter was able to register a large number of points until the third round when Tortosa Cabrera came from behind to win 4-3. 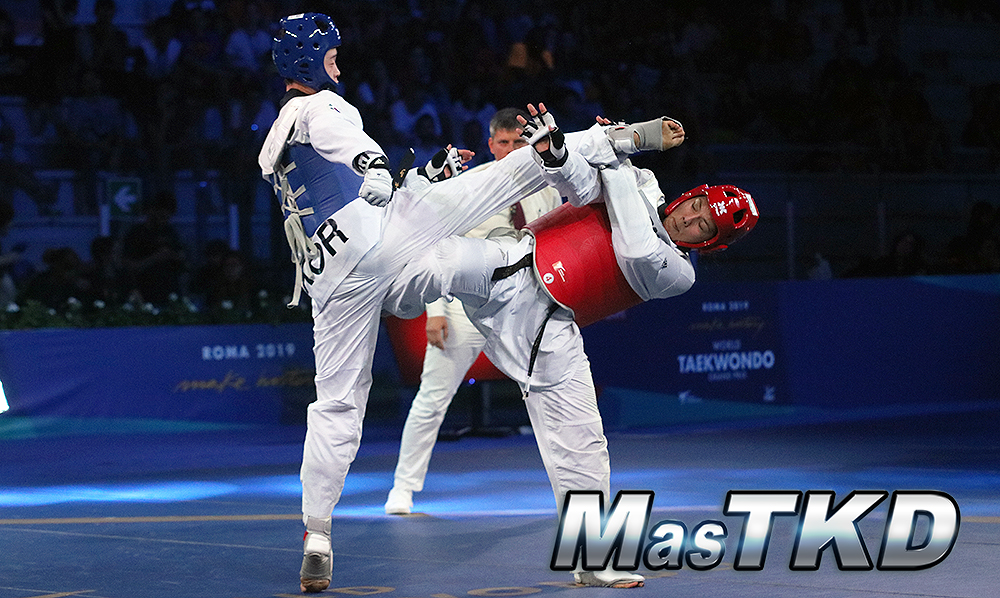 The last final of the night was between Da-Bin Lee of Korea and Briseida Acosta of Mexico. Both fighters showed their intent early on as they tried to land crescent kicks over the shoulder. Acosta was the first to register points as she landed a power punch to the body and followed up with a kick to the body. Lee replied with a front kick to the body to reduce Acosta’s lead just before the end of the first round. In the second round Acosta landed a power punch but a gam-jeom kept the difference in score to just one point. Lee evened the scores at 4-4 just before the close of the second round with a punch to the body. The head kick continued to prove elusive for Acosta but Lee did not fail in her attempt to land a kick to the body and took the lead for the first time in the match. Two gam-jeoms gave Lee an 8-4 lead with 30 seconds remaining. Acosta was so close to at last landing the headshot she craved, but in doing so left herself exposed to the counter and Lee landed a kick to the body to win the match 10-4. 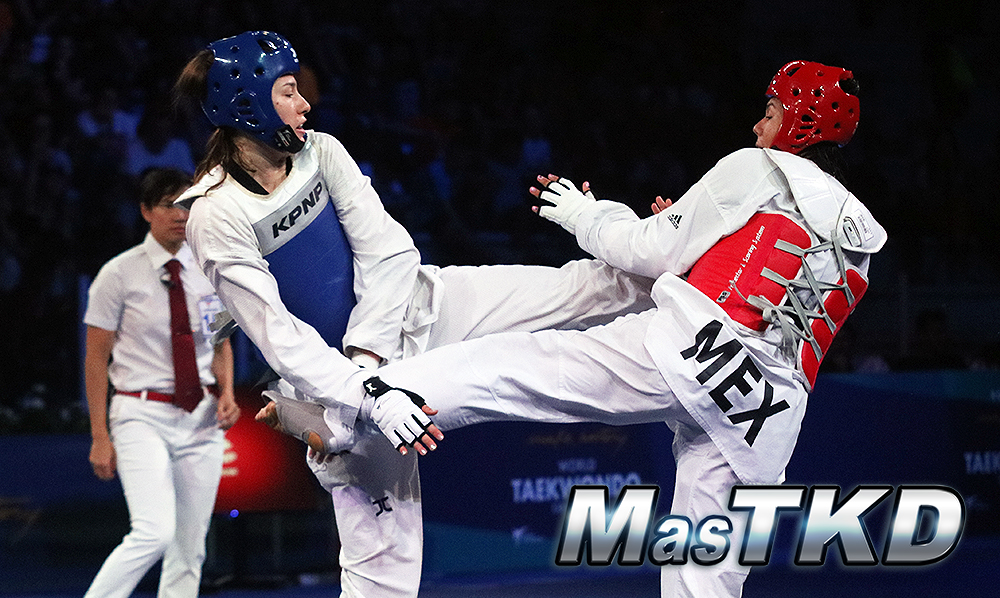 Gabriele Siqueira of Brazil and Poland’s Aleksandra Kowalczuk won the bronze medals. Siqueira and Lee were matched up in the first of the semi-finals. It was an exceptionally close fought match that went up until the very final second, but it was Lee who just edged it winning, 7-6. Kowalczuk and Acosta met in the second semi-final and delivered another frantic final round which was impossible to call. After the third round it was 8-8 forcing a golden point round which Acosta won with a kick to the head.