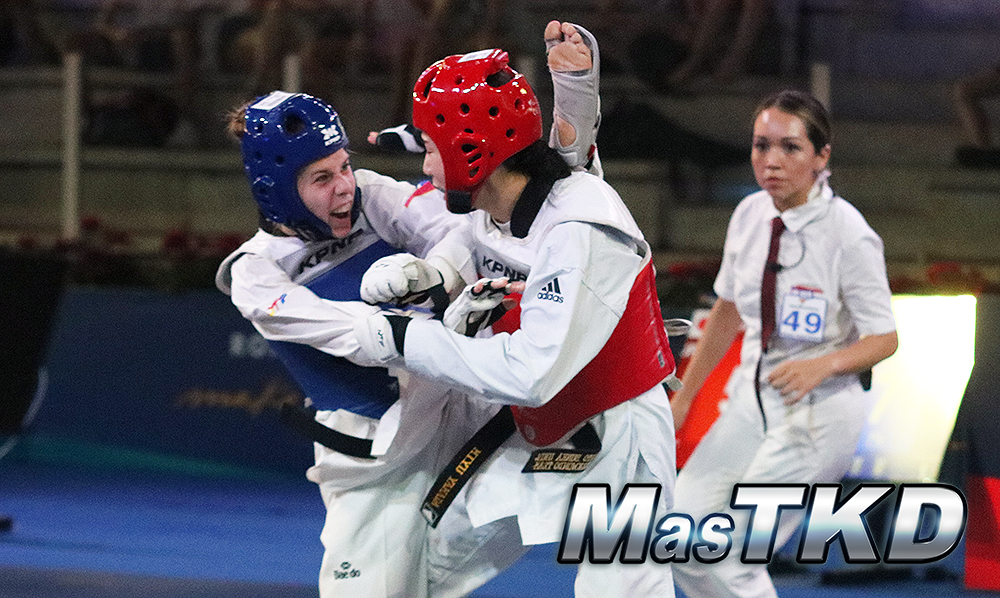 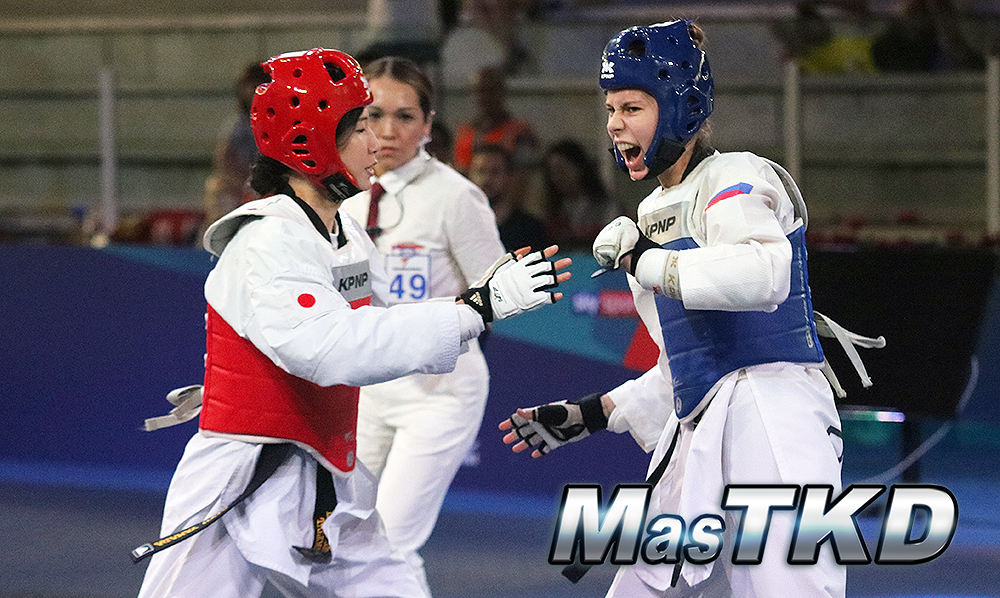 Elizaveta Ryadninskaya and Jae-Young Sim of Korea contested the first final of the night. In the first round the two fighters struggled to find the angle needed to land any points and it was their defences which came out on top. Ryadninskaya broke the deadlock 20 seconds into the second round with a kick to the head. She added to her lead with a punch at the beginning of the third round and followed up with another kick to the head to go seven points clear. Sim fought back well, landing a head kick to take the score to 7-3. A power punch from Kim reduced the point difference further but her progress was undone by a gam-jeom. Ryadninskaya took gold winning 8-4. 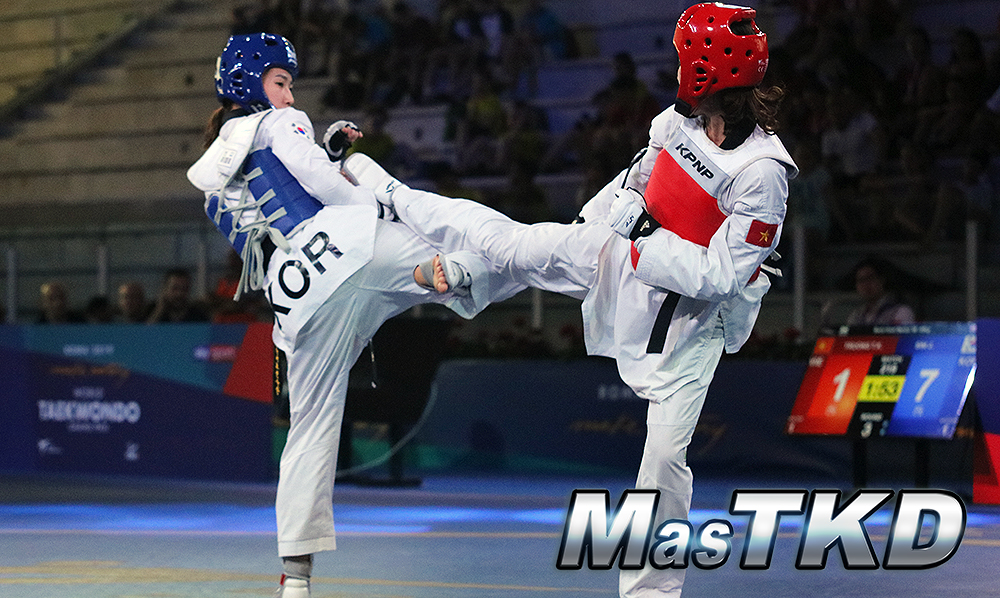 The bronze medals went to Miyu Yamada of Japan and Thailand’s Thi Kim Tuyen Truong. Yamada and Ryadninskaya faced each other in the first of the semi-finals. A thrilling final 10 seconds of the match saw both fighters take the lead only for Ryadninskaya to land a last second kick to win 11-10. Sim and Truong met in the second semi final with Sim dominating the opening rounds and establishing an unassailable lead as she won 13-3. 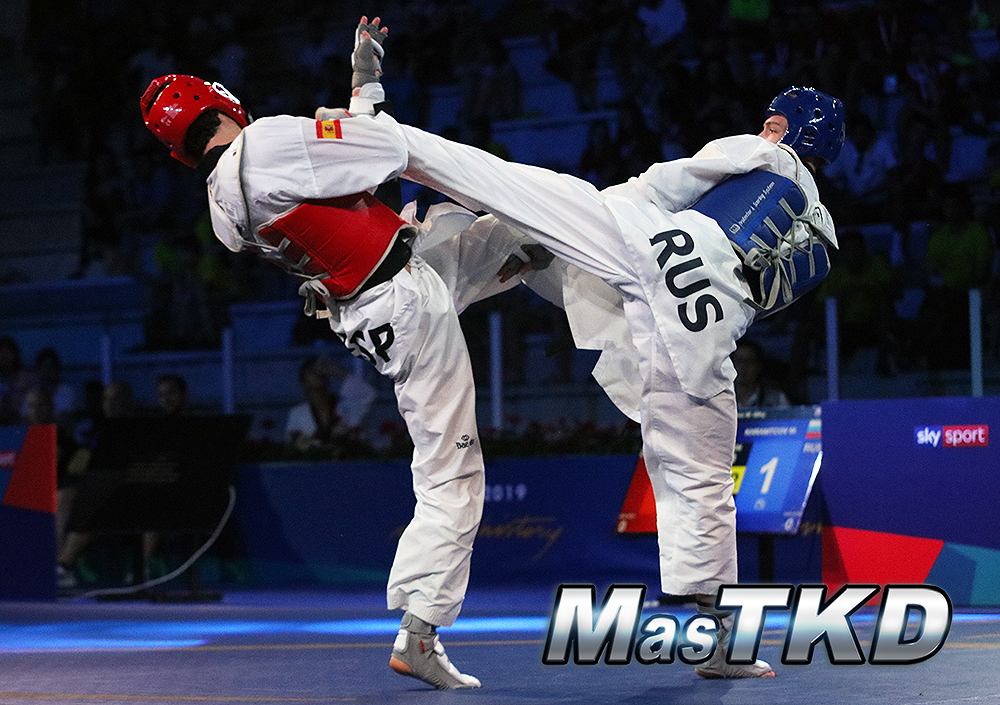 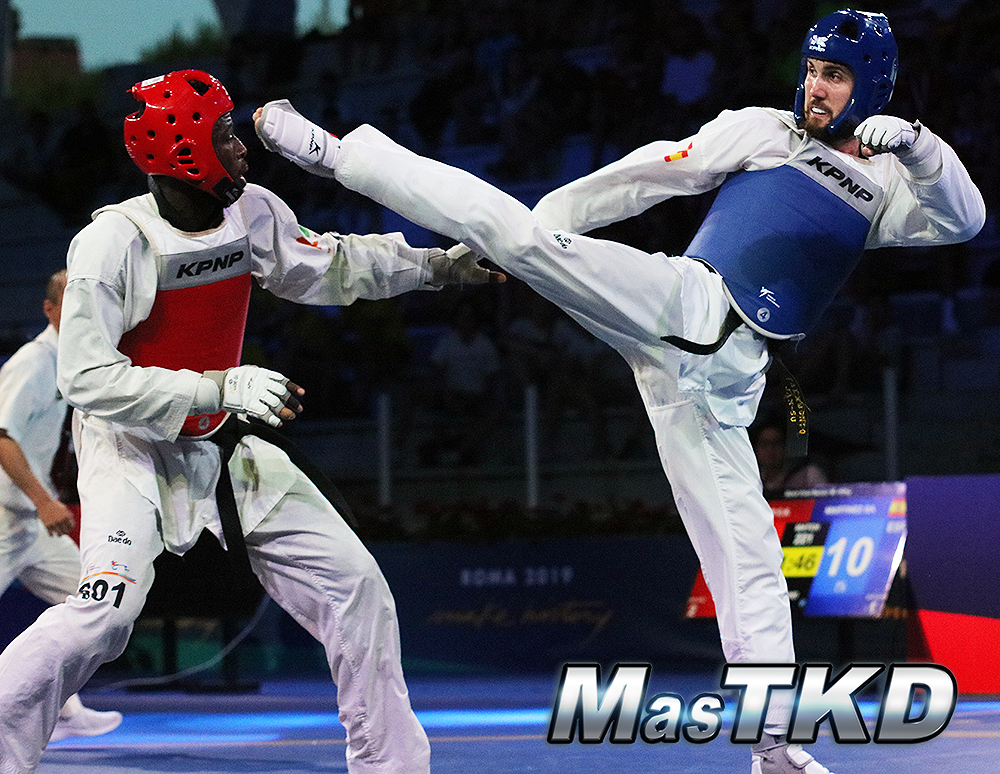 Achraf Mahboubi of Morocco and Rio 2016 gold medallist Cheick Sallah Cisse won the bronze medals. Khramtcov and Mahboubi were drawn in the first semi-final. Khramtcov established a 4-point lead in the first round which he extended to 11 points in the second. The match ended 13-1 to Khramtcov. In the second semi-final Cisse and Martinez Garcia put on an excellent show for the crowd. Cisse finished the first round ahead but Garcia fought back and won the match 13-7.