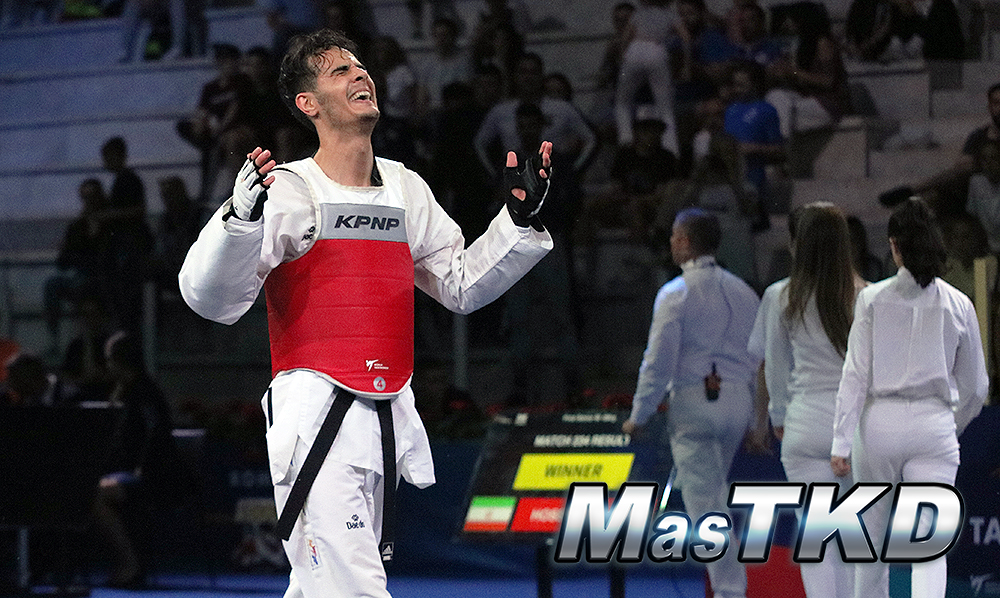 Mirhashem Hosseini of Iran won the men’s -68kg, Matea Jelic of Croatia won the women’s -67kg and Vladislav Larin of Russia won the men’s +80kg. The day’s competition was marked by athletic excellence as well as moments of friendship and respect between the fighters. 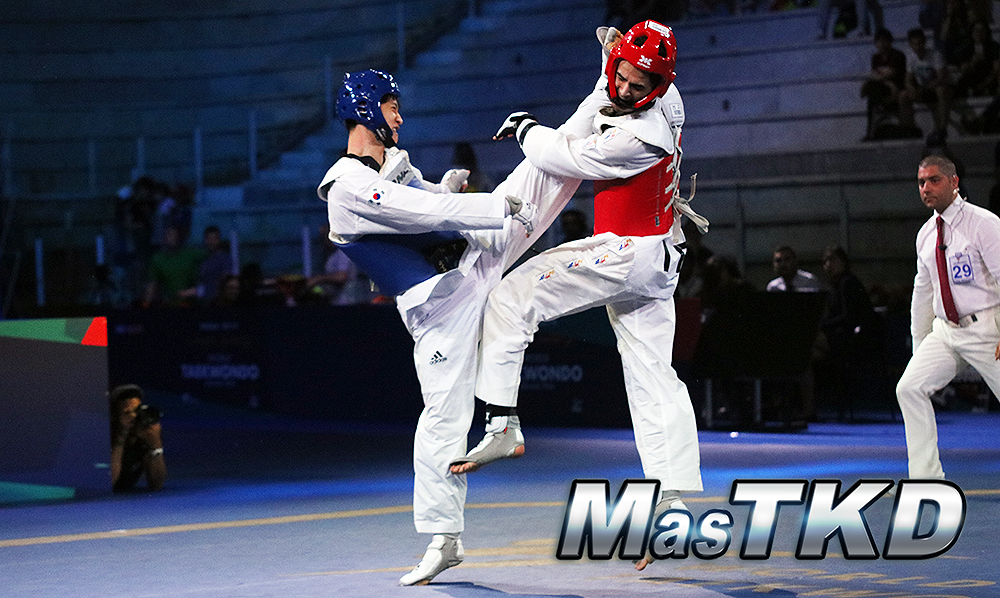 In the first final of the Grand Prix, Dae-Hoon Lee of Korea faced Mirhashem Hosseini of Iran. Hosseini was the first to register points, taking a 2-0 lead. Lee got himself off the mark with a kick to the body. A punch to the body evened the scores but an immediate response from Hosseini restored his two-point lead. At the start of the second round, a crescent kick to the head gave Hosseini an 8-4 lead which he extended to 10-4 with a front kick with a few seconds of the round remaining. A punch from Lee reduced the deficit to five and he quickly followed up with a kick to the head to shorten Hosseini’s lead further. A gam-joen brought Lee within one point of his opponent with a minute left. Hosseini landed a punch to break Lee’s momentum and followed up with a kick to the body. With ten seconds of the match remaining the score was 13-11 to Hosseini and despite Lee’s best efforts that was how it finished, with Hosseini taking gold. 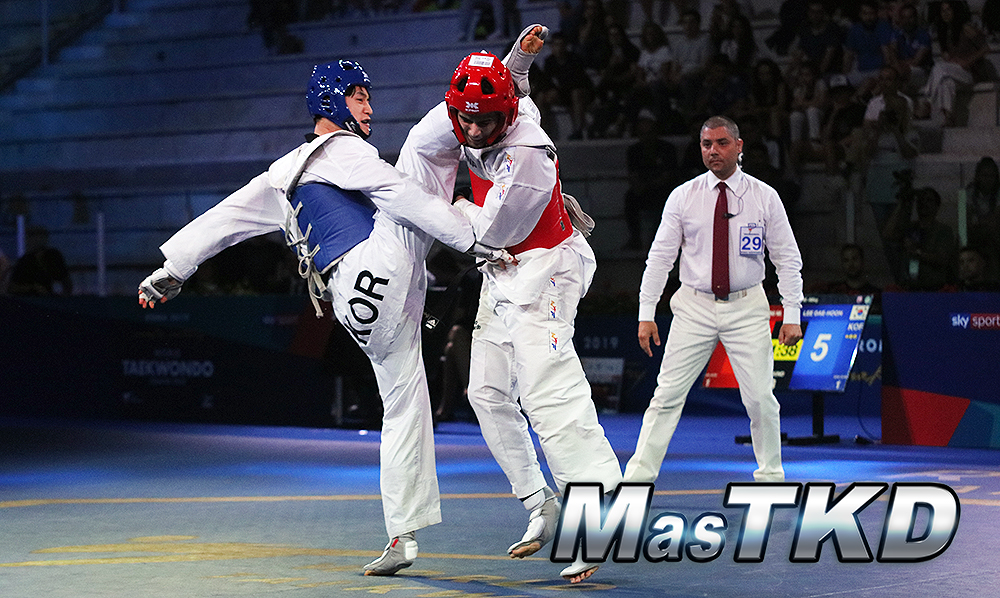 The bronze medals were won by Great Britain’s Bradly Sinden and China’s Shuai Zhao – both of whom had won World Championship gold medals in Manchester last month. The first of the semi-finals drew Lee and Sinden. Lee took an early six point lead and Sinden struggled to recover with Lee winning the match 13-6. Zhao took on Hosseini in the other of the semi-finals. Zhao went into the match in excellent form but it was Hosseini who came out on top, winning 17-7. 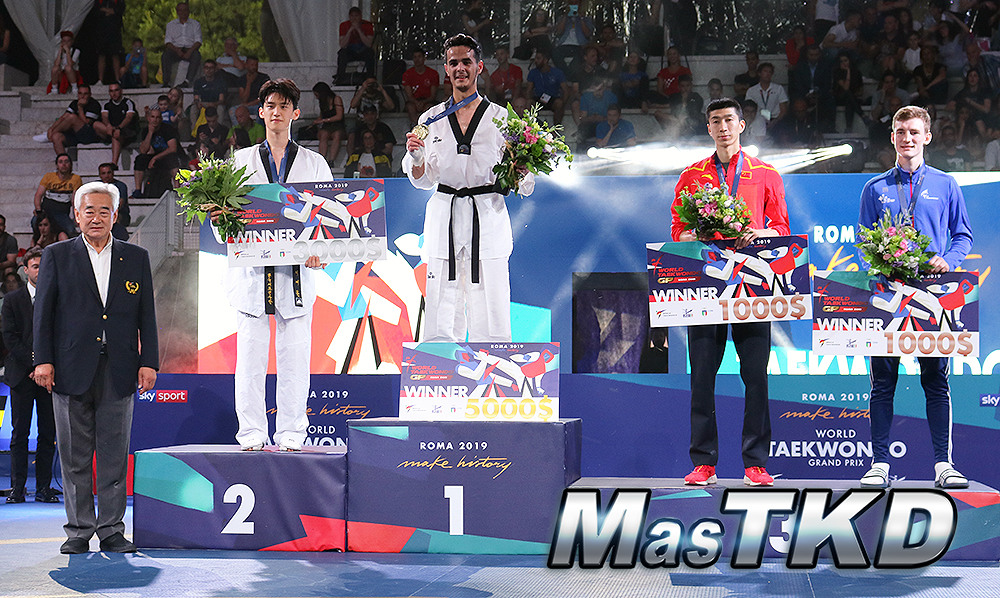 Croatia’s Matea Jelic met Korea’s Jan-Di Kim in the women’s -67kg final. Strong defences from both fighters saw neither manage to register a point in the opening round. The second round continued in the same vein with both fighters struggling to break through each other’s defences. At the end of second round it was 1-0 to Kim. With 45 seconds remaining of the final round, Jelic evened the score with a punch to the body. Kim returned with a punch of her own to regain the lead. With 10 seconds left it looked like Kim would secure gold but a spinning back kick followed by a front kick from Jelic in the last few seconds saw her win the match 8-3. 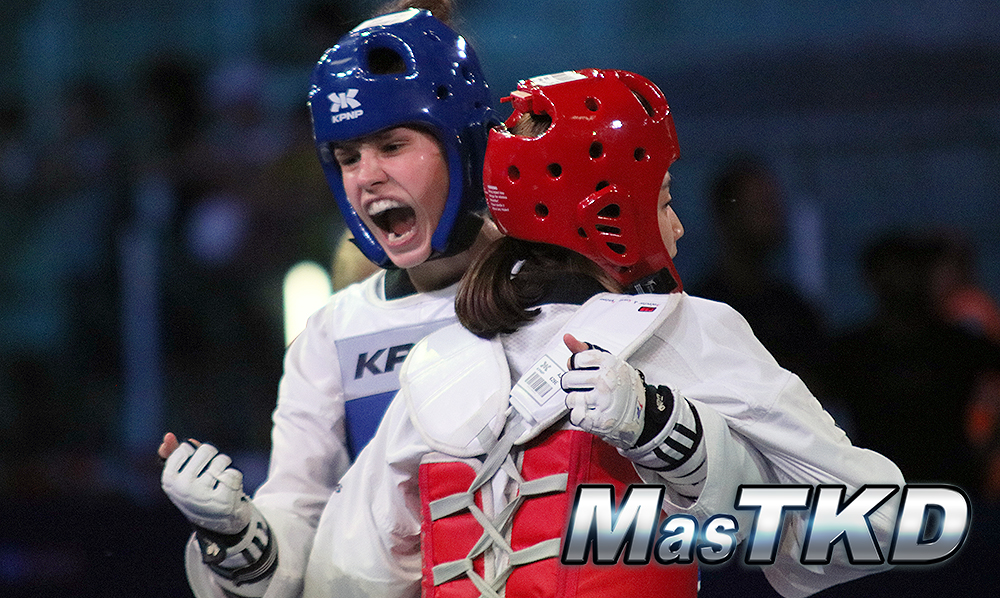 The bronze medals were won by Magda Wiet Henin of France and Egypt’s Hedaya Malak. Wiet Henin was overcome by Jelic in the first of the semi-finals as the Croatian won 9-3. There was very little to choose between Kim and Malak in the second semi-final but with just 10 seconds to go, Kim landed a punch to win the match 1-0. 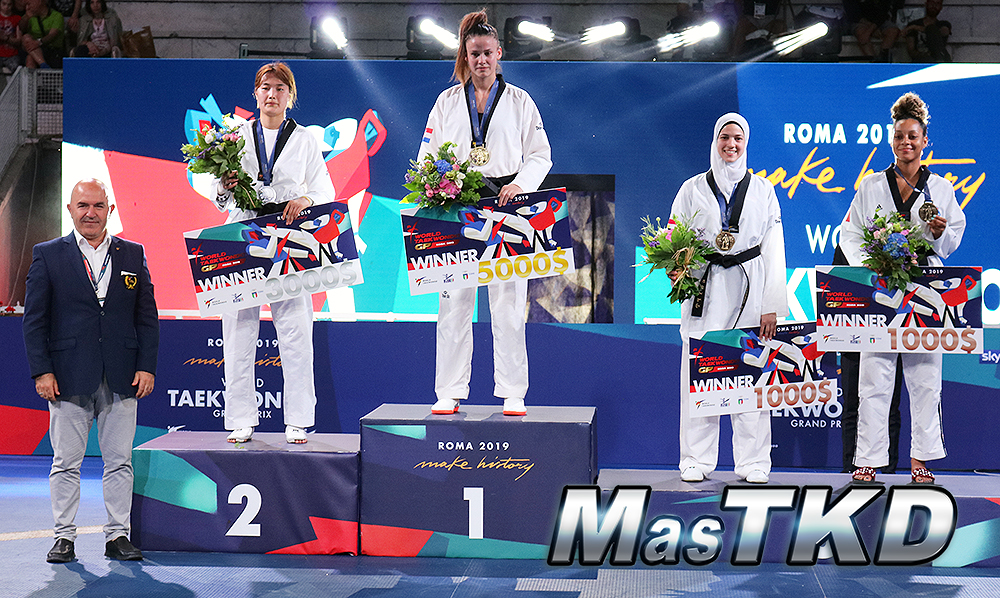 The men’s +80kg paired Russia’s Vladislav Larin and Kazakhstan’s Ruslan Zhaparov. The final followed a similar pattern to the women’s -67kg final that had preceded it, with both fighters testing each other without registering any real points. Zhaparov was the first to break the deadlock as he landed a punch midway through the second round. The relative calm of the first two rounds disappeared in the third as the fight exploded into action. Zhaparov landed a kick to the body and a spinning kick to take a commanding 7-1 lead with just 30 seconds to go. But Larin fought back valiantly and landed a flurry of kicks to take the score to 7-6 and then 7-7. With very little time remaining he completed his comeback and landed a kick to the body to win the match 9-8. 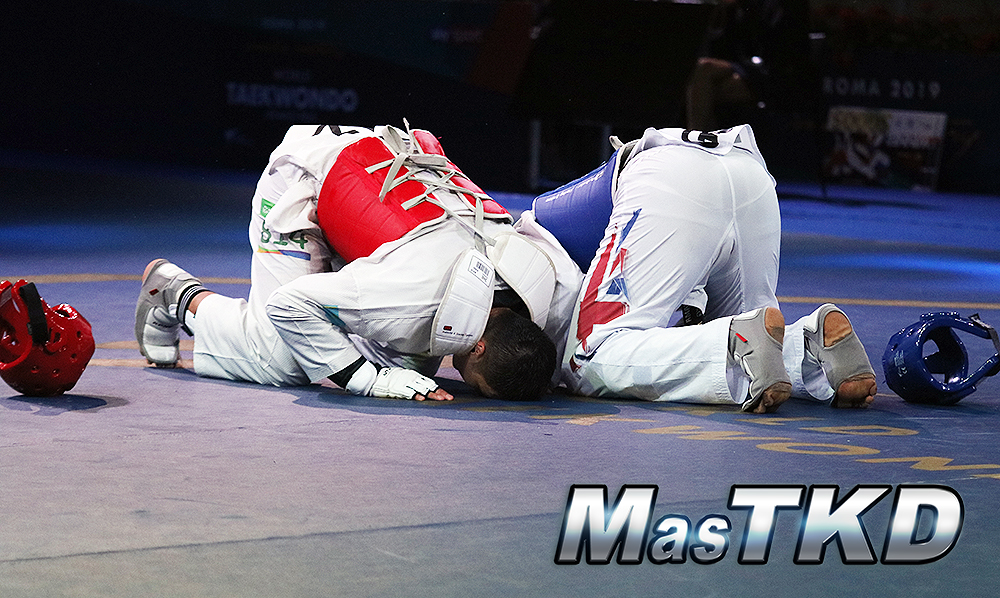 The bronze medals were won by Sajjad Mardani of Iran and Mahama Cho of Great Britain. Larin and Mardani met in the first of the heavyweight semi-finals. It was a close match with both fighters threatening but ultimately Larin was too strong and won the match 9-4. 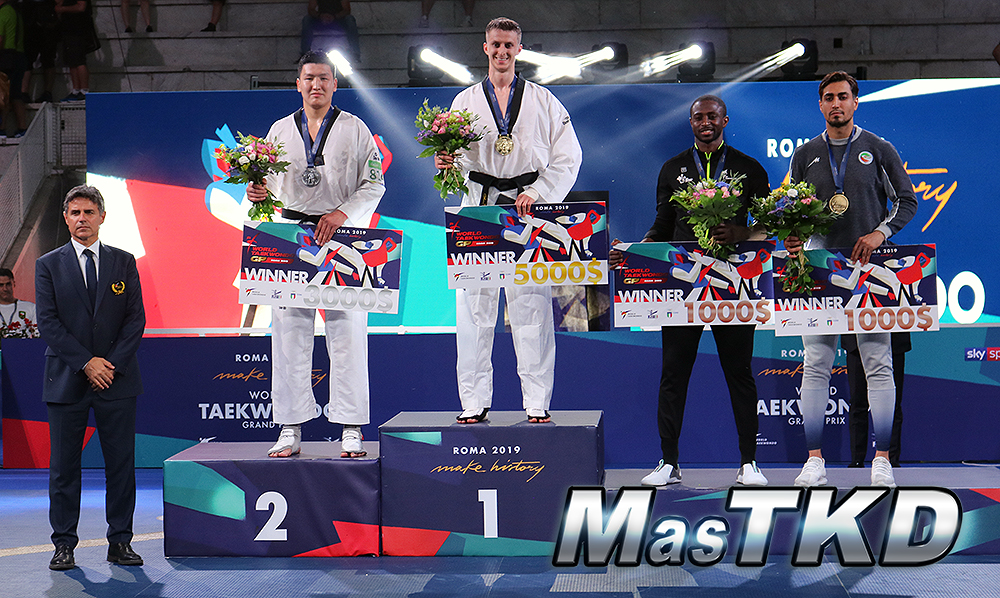 The second semi-final looked like it was going to be another close encounter with Cho leading by one point in the second round but Zhaparov pulled away in the final around to win 25-9 – a score line that concealed what a close fight it had been. Both fighters demonstrated the true spirit of taekwondo after the match showing huge respect to one another, much to the delight of the crowd.