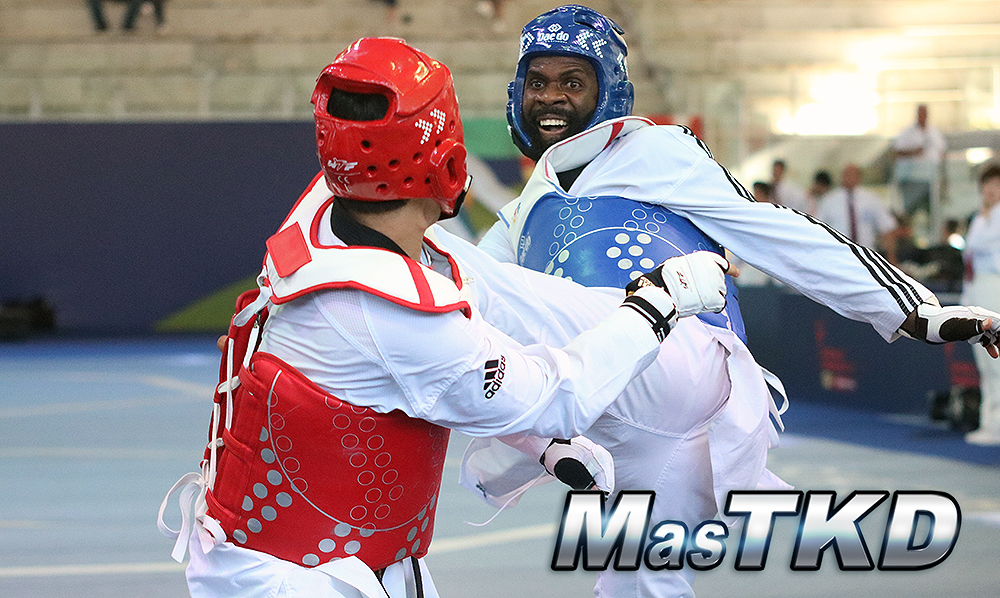 In sports, everyone knows that success is not that hard to get.

If you know the basics and work hard, you will eventually achieve your goal. You will win a tournament, a match or get into the top ten list of your dreams.

The real challenge arises when you need to show you actually deserved your success, that you know how to keep it and will do so by always performing at your best. You will need to pass test after test, an infinite number of times in your career, to stay in the club of the very few eligible athletes you want to win against. 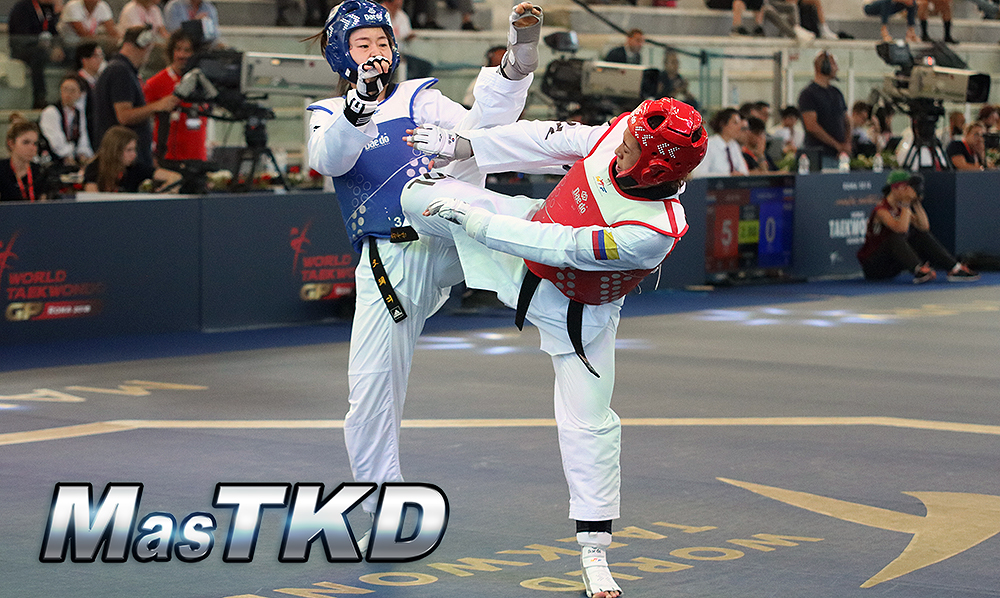 This is exactly what’s going to happen this year to Taekwondo Italy.

Not to an athlete, not to a team or a hero, but to an entire movement involving the world of Taekwondo on the first round of the Grand Prix 2019, which will take place in Rome for the second year in a row.

Everything is on the programme for the 3 day tournament taking place in the Italian capital from June 7th to June 9th. Competition, organisation, show, international fights. One year ago joint efforts by the Italian Taekwondo Federation, the Italian National Olympic Committee and the City of Rome succeeded in bringing to Rome, for the very first time, such a huge event, on a global scale, for Taekwondo. 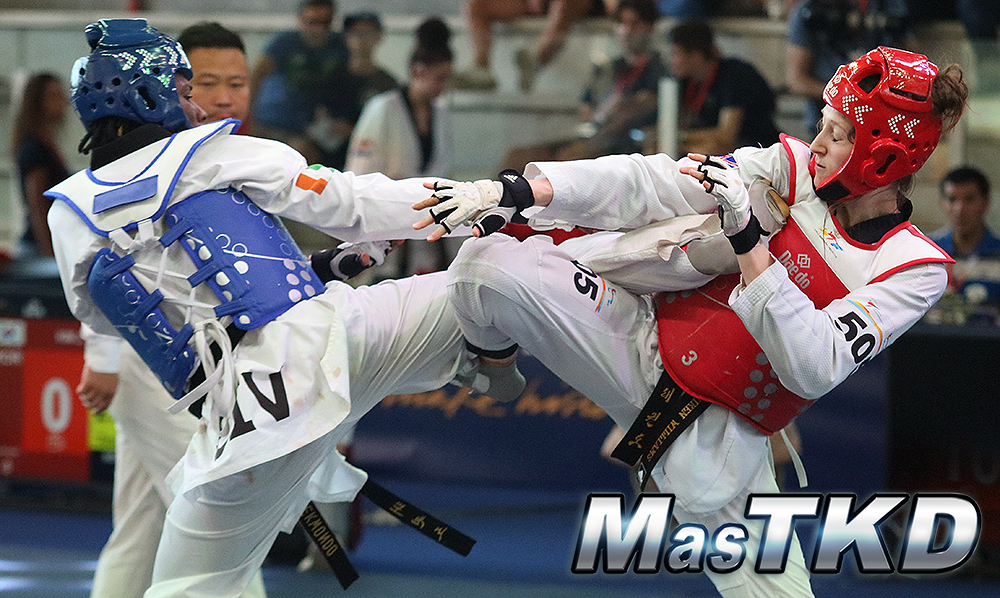 The next test is only in a couple of weeks.

“Yes, here we go,” says Angelo Cito (president of FITA), who wanted this to happen so badly that he succeeded where many before him had failed. So much so that last year, Giovanni Malagò, president of the Italian Olympic Committee, publicly acknowledged Angelo’s achievement. “Do you mean the cover for the Nicola Pietrangeli Stadium?” President Cito asks. “Well, yes, that’s true. But it was only one of the bets we won. And it was also thanks to the National Olympic Committee and to the City of Rome, which I thank for the support, essential to the success of the event.

People thought the idea was crazy. But eventually, respecting the sacredness of the temple of Italian tennis, we succeeded where Tennis itself had failed. And we created something unique. It was one of our victories last year that brought the Grand Prix to Rome (after only one edition), and led it to become the most anticipated event of the year. Now though, everyone is waiting to see what we’ll do next. In Taekwondo, we love challenges, so we’re ready to take this on”.

It may be hard to do any better, but this year will see another important actor on the scene, which will make the Grand Prix whole in its sporting offer: the channel Sky Sport (Sky Italia) agreed to be the event media partner. 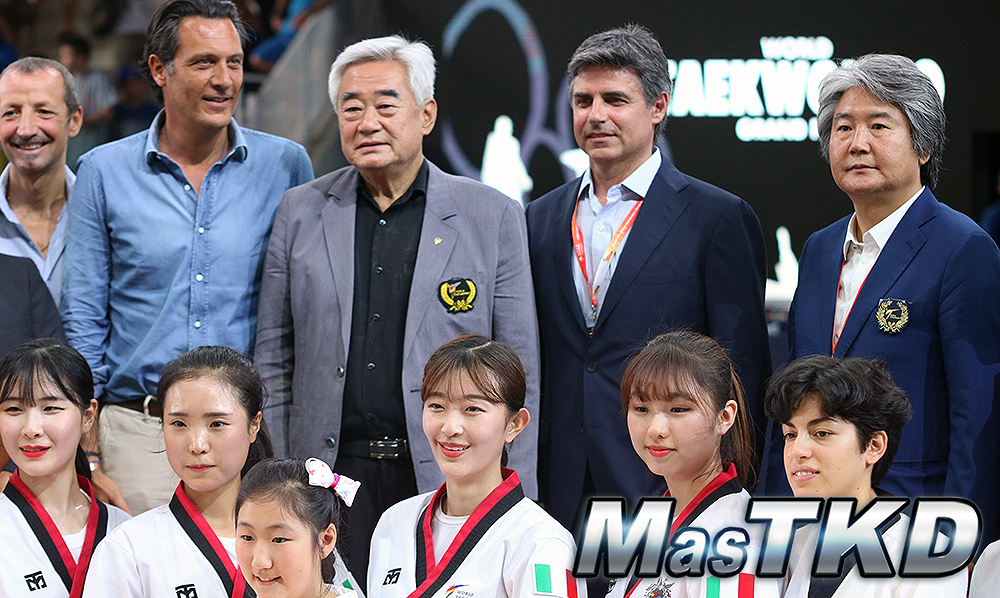 “I owe this to the Sky Sport team, with whom we found an immediate connection,” explains president Cito. “We all sat down at a table, and a few minutes later we were shaking each other’s hands. Thanks to them, the event will get even greater visibility: semi-finals and finals will be broadcast live, starting from 8 p.m. and the the darkening sky will add more lure to the setting of each fight. The commitment of Sky Sport to go beyond usual events represents an important incentive to sports like Taekwondo. We hope this will be the first of a long series of broadcasts.”

The notorious Italian Sports paper, La Gazzetta dello Sport, will also cover the Grand Prix in a dedicated paper section and in daily articles on their web page.

So, what will the media tell us this year? “Basically some wonderful sporting days, full of competition at international level. I would also like to emphasise the social aspect of this occasion. Sports can be a fascinating, great and spectacular means to bring people together.

Along with the Grand Prix, there will be two other important events for our Federation this year, the Kim&Liù Cup, a kids tournament that over its many years has become an international event involving kids (and their families) from Spain, France and other European countries. And, right after, we’ll host the Olympic Dream Cup, another ‘invention’ of ours, where regional teams will compete against each other, this year also with their seniors.” 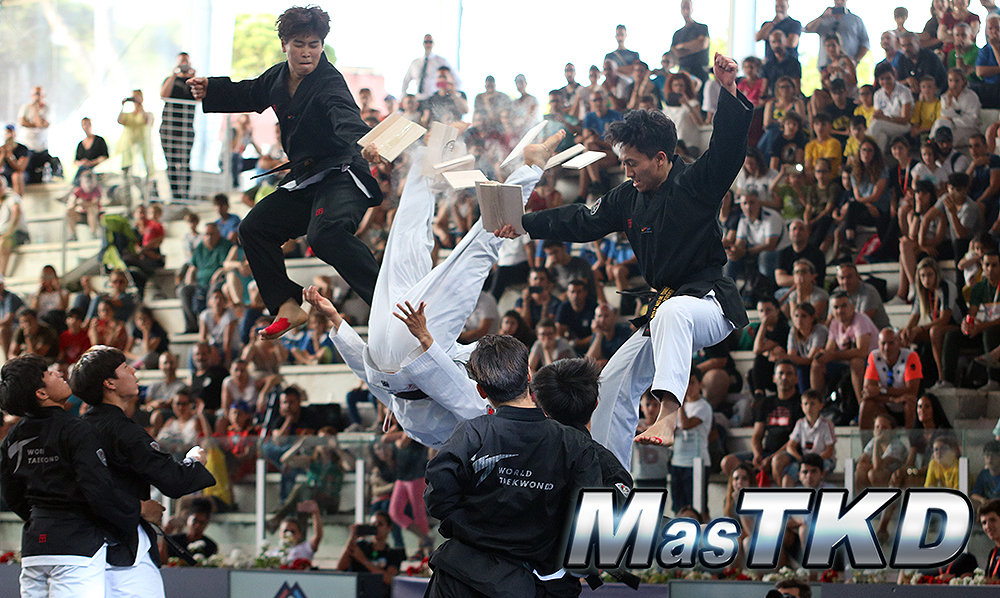 But that’s not all.

Freestyle will also premiere worldwide this year, with highly spectacular fights among the 8 best athletes in the world. The complex of the Foro Italico will be a most beautiful setting for the event. An absolute record of 35 thousand people is expected to attend, and Taekwondo this year has also been granted a sort of mini-village and a big green area for all the visitors.

There will be performances by the Demo Team, WTF’s demonstration team, constantly engaging throughout the world, with its humanitarian purpose and message of peace (sparkling from the peace between South and North Korea that Taekwondo patiently, slowly and laboriously built). The Demo Team will arrive in Italy a few days in advance and will travel to Milan, Turin, Naples, Bari, Lecce and Matera and other cities before landing in Rome.

Of course, in all this sportive celebration, competition remains on the front line. Rome Grand Prix will represent an important opportunity for the best athletes to go to Tokyo in 2020. Significant points are being marked and Italians, who were kept away from the podium last year, now want to be involved. 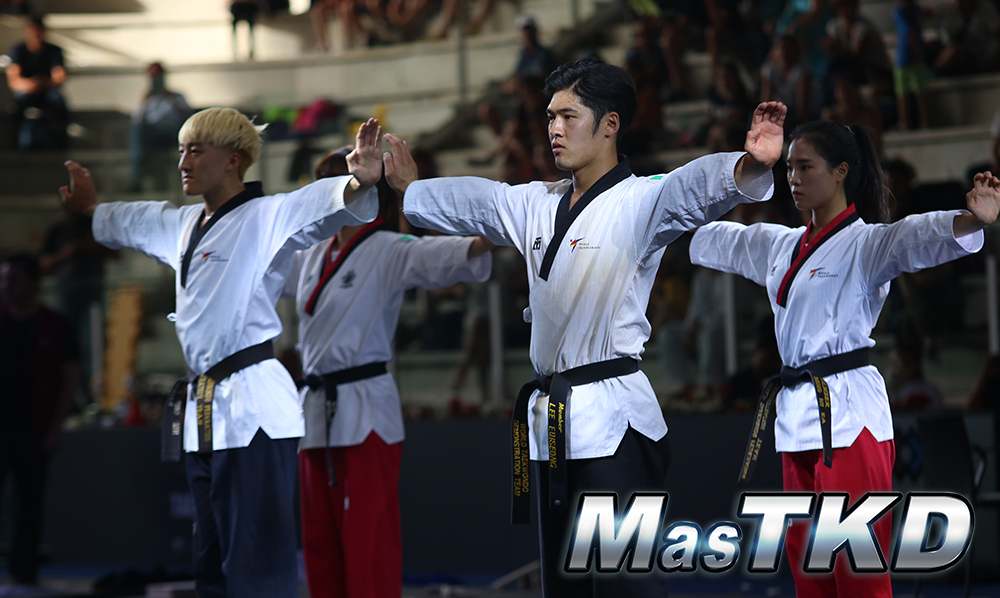 “In 2018 we started a new technical approach, under the guidance of Claudio Nolano,” explains president Cito. “After missing Rio, we had to turn the page and start again, leaving aside all those beautiful moments that Carlo Molfetta (gold medal in London, now national team manager) and Mauro Sarmiento (silver medal in Beijing and bronze medal in London, now testimonial for the national team) offered us. We started over and, slowly but surely, we’re again getting closer to the highest levels. Our team is young. The average age of our team members is 20 – 21. Their names? I’ll leave this responsibility to our Technical Director, Claudio Nolano, while I’ll take care of the rest. If I can be honest, it would be great, of course, to see an Italian team member on the podium in Rome. But I know it won’t be easy: there’s a gap to fill to reach the best”.

Certainly, the gap is overflowing when it comes to Rome Grand Prix which, in only a year’s time, became a perfect example of what can be achieved and a model all federations take inspiration from. It definitely was not by fluke that, last year, FITA was awarded the prize as best Taekwondo federation in the world by the WT.