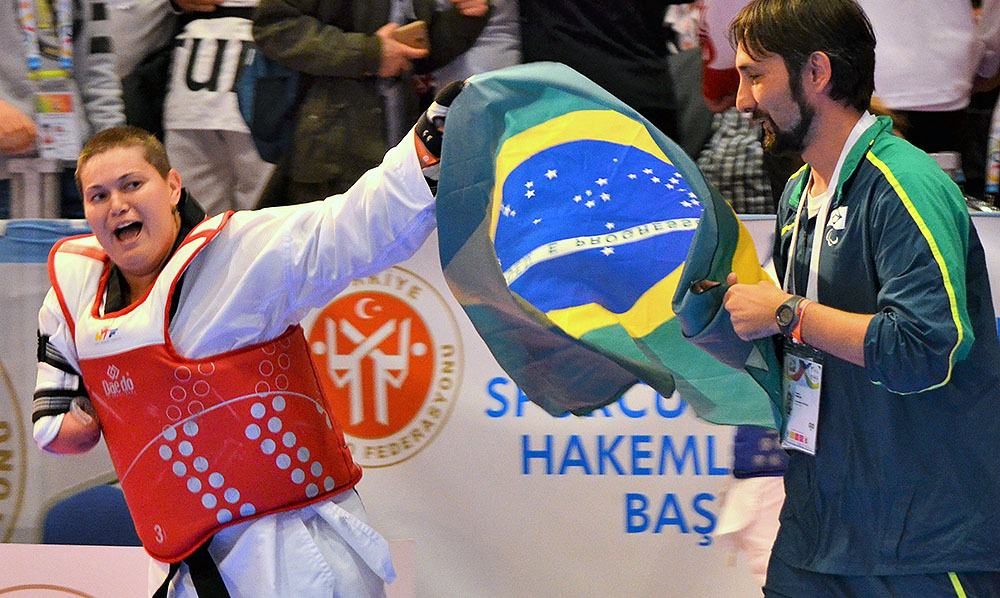 The victories mark the arrival of the Americas as legitimate contenders for Paralympic gold when Para-Taekwondo makes its debut at next summer’s Paralympic Games. It also offers a tantalizing taste of this summer’s Parapan Am Games.

Ranked No. 6 in the world coming into the World Para-Taekwondo Championships, Garcia Lopes bested a record 39 other competitors in the difficult men’s middleweight division, capping it with a confident 8-4 victory of Russia’s No. 3-ranked Magomedzagir Isalibirov.

“It was difficult to deal with the techniques from the new athletes”, he said. “They were quite a surprise”.

The Mexican federation is elated with the unexpected win

“I can’t find words to express how it feels”, she said after her win. “I just want to share this with all the people working with me from the beginning.”

The result puts her right back into contention to qualify for next summer’s Paralympic Games.

But it almost didn’t happen. She needed a last-second score to squeeze past Nepal’s Palesha Goverdhan in her first fight – “I almost didn’t make history”, she recalls – and a little help on the other side of the bracket.

After a stunning day one, more of the sport’s most accomplished athletes fell early on Wednesday.

None was more shocking than Iran’s Mahdi Pourrahnama’s Round of 16 exit in the men’s middleweight division to Japan’s Shunsuke Kudo. Pourrahnama had lost only one fight in the last eight years and had won four straight world titles before falling in Turkey. 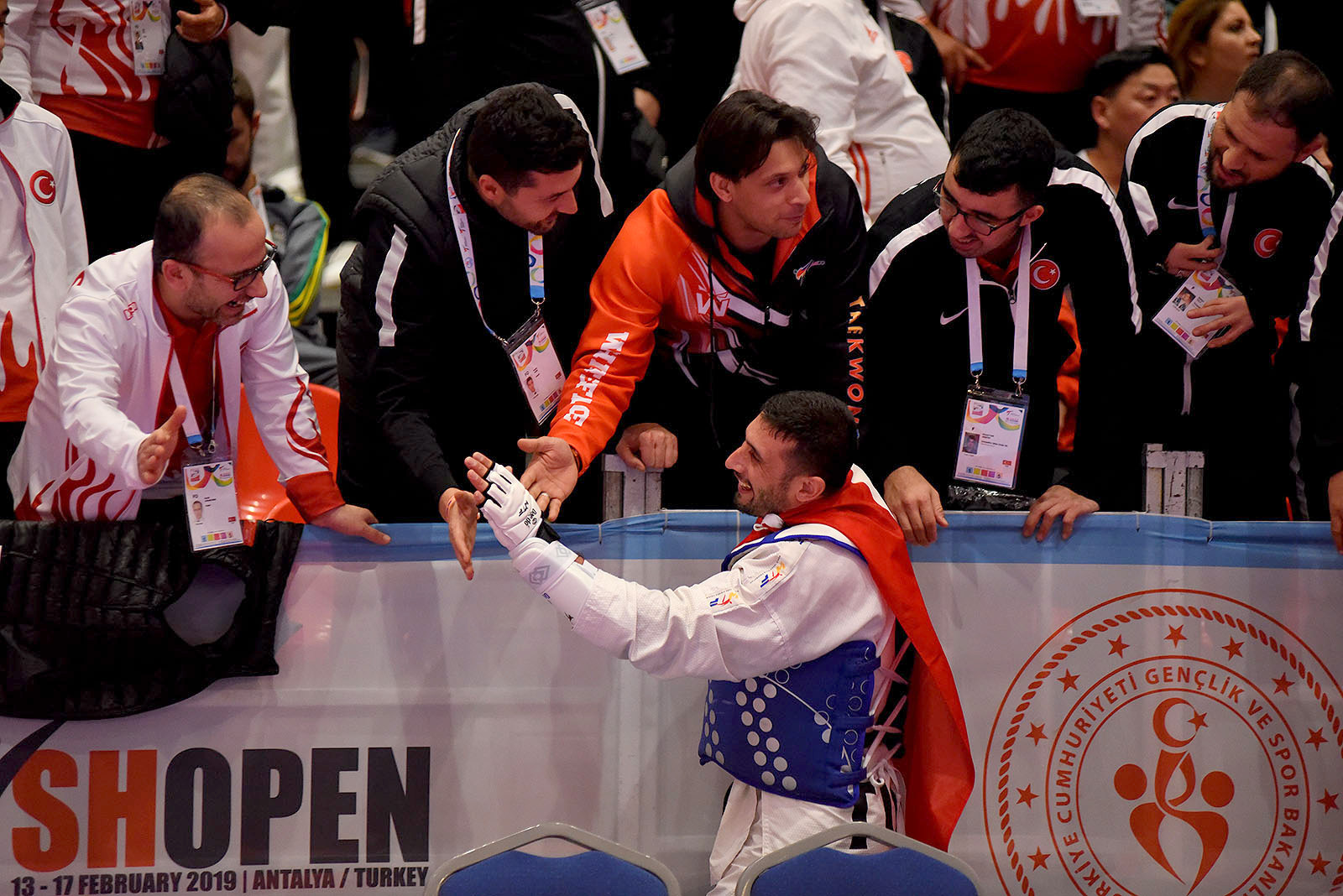 Later, Great Britain’s 2017 world champion Amy Truesdale failed to replicate teammate Matt Bush’s success from yesterday when was shocked in the quarterfinal by Japan’s Shoka Ota. She was leading with less than 10 seconds to go in the fight before the setback.

“I just needed to finish it off”, she said later. “But my congratulations to Debora [Menezes] on a well-earned victory [in the gold medal match].”

Japan proved that it is more than ready to host the inaugural Paralympic Para taekwondo competition next summer – they showed they plan to compete.

Both Shunsuke Kudo in the men’s middleweight and Shoka Ota in the women’s heavyweight divisions shocked the world’s No. 1 seeds in their divisions with stunning golden point victories. Both went on to win bronze medals.

Japan had a single fighter at the last world championships. They sported a full team in Turkey, including coaches, managers, and support staff.

The emergence of Japan is remarkable – both Kudo and Ota picked up the sport only recently.

Kudo lost his hand just a couple of years ago and picked up the sport just last year. Ota started in 2016, well after Para-Taekwondo was named a Paralympic sport.

Both are now world championship medallists.

There was a bit more predictability on Wednesday, especially in the men’s lightweight divisions.

Mongolia’s No. 1-ranked Bolor-Erdene Ganbat won his fourth straight world title after getting by Russia’s No. 3-ranked Daniil Sidorov in an entertaining final.

He topped the biggest division in Para-Taekwondo history, with 43 fighters trying to topple the Mongolian legend. None came closer than Turkey’s No. 6-ranked Ali Can Ozcan, who rallied from 20 points down in the semifinal before falling 40-37 in what will surely be one of the best fights of the year. 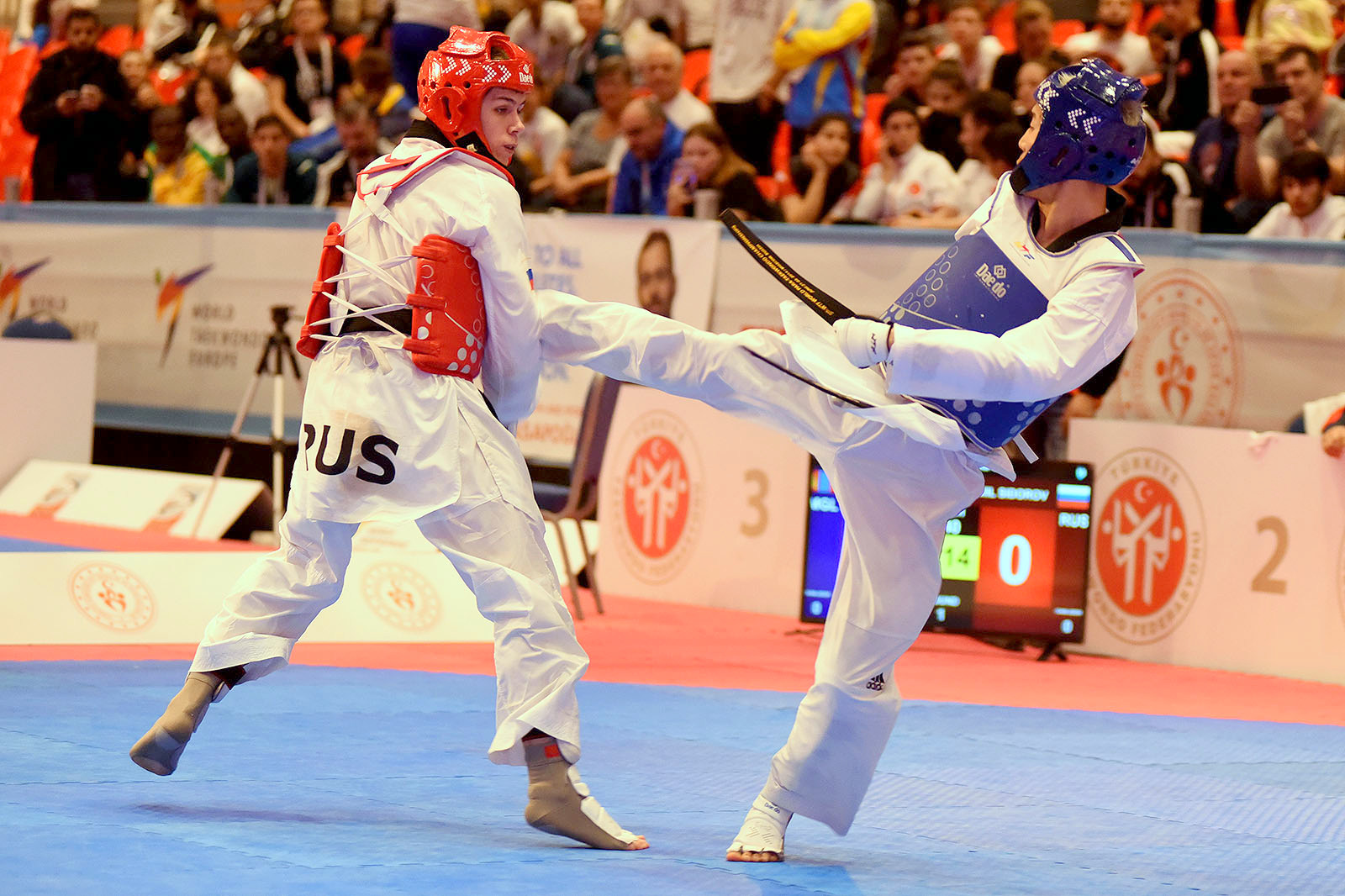 On the K43 side, France’s Bopha Kong breezed through the division to pick up his fourth world title – and first since 2015.

“We trained very hard for this”, said Kong. “It was important to not leave again without the gold medal [like in 2017].”

But there is always more work

“Tomorrow morning, we train at 6:00 am”, says coach Oury Sztantman with a smile. “Well, maybe on Friday.”