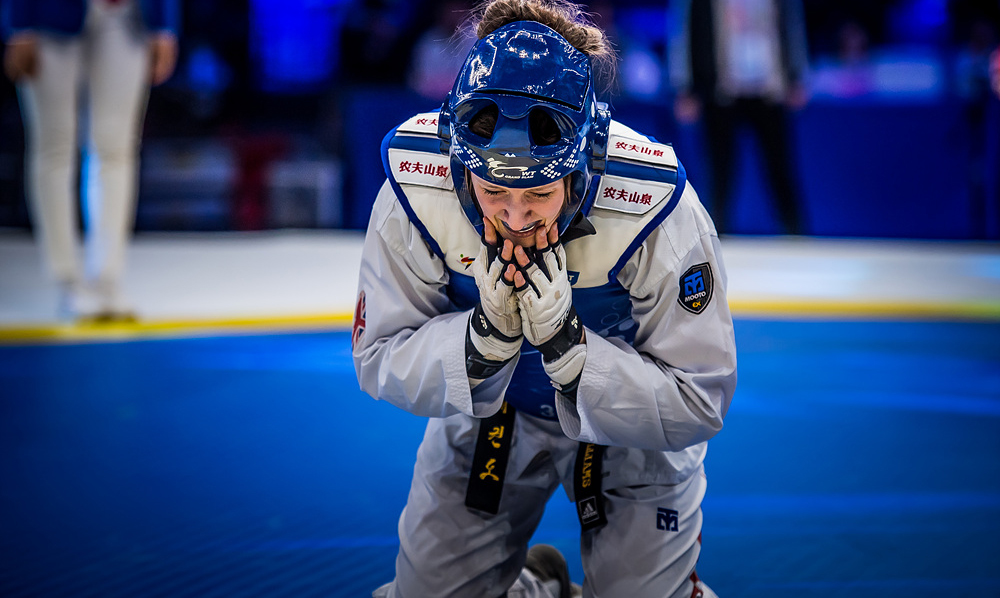 The men’s -58kg category saw number two seed Jun Jang of Korea see off Yushuai Liang of China 3-0 in the first final of the day. The bronze medal was claimed by Amin Hadipour Seighalani of Iran after he defeated Tae-hun Kim of Korea 3-2 in an incredibly tight match-up. 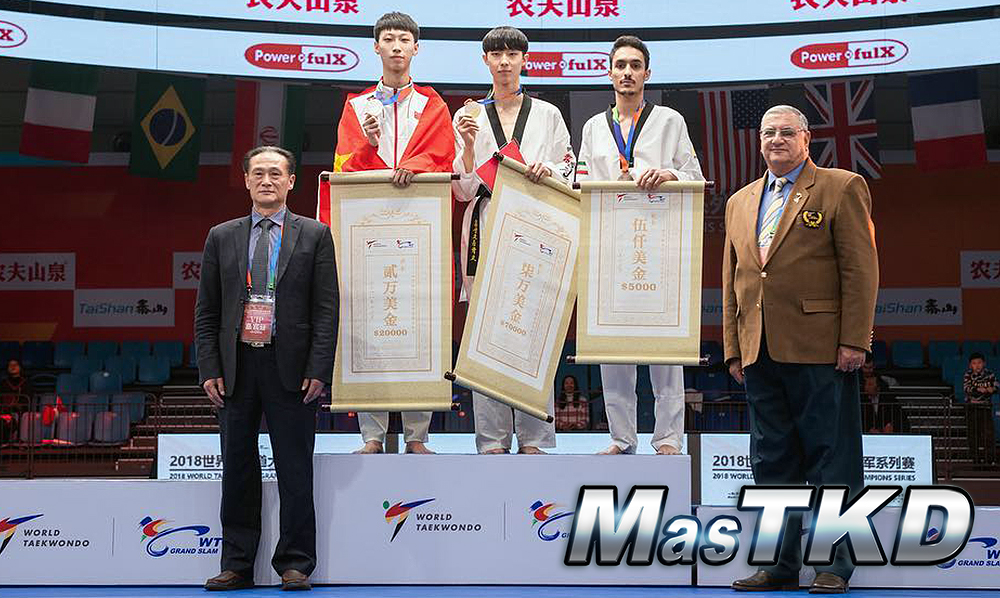 Much to the delight of the home crowd, Shuai Zhao of China landed the title winning blow in a golden point round of the men’s -68kg. Zhao saw off a valiant Bradly Sinden of Great Britain in a terrific final. The bronze was won by pre-tournament favourite Dae-hoon Lee of Korea after he beat Javier Perez Polo of Spain. 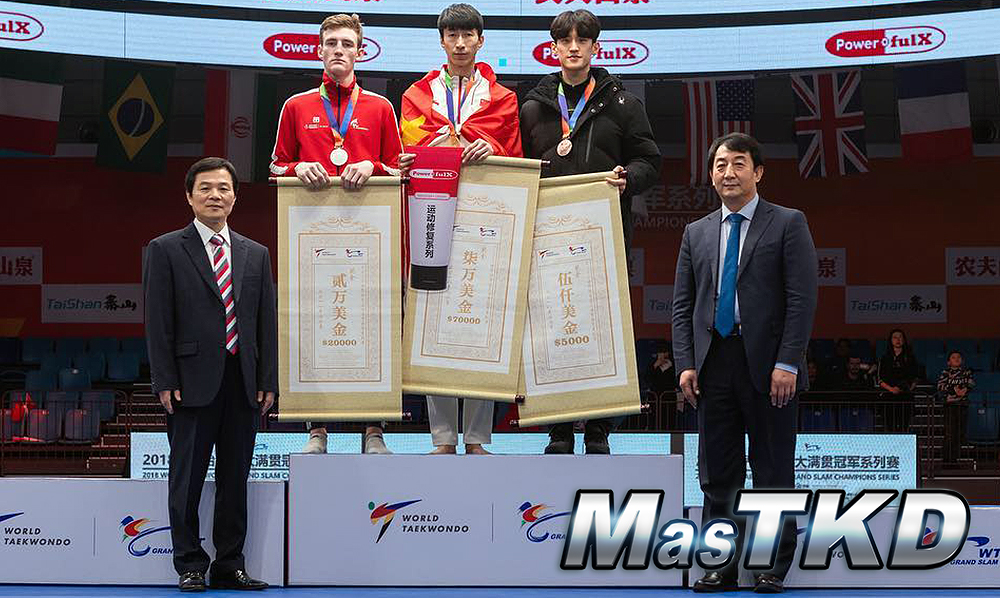 Number one seed Maksim Khramtcov of Russia secured gold in the men’s -80kg after he defeated Hwan Namgoong of Korea 3-1 in the final. The bronze was claimed by Milad Beigi Harchegani of Azerbaijan, who beat Linglong Chen of China. 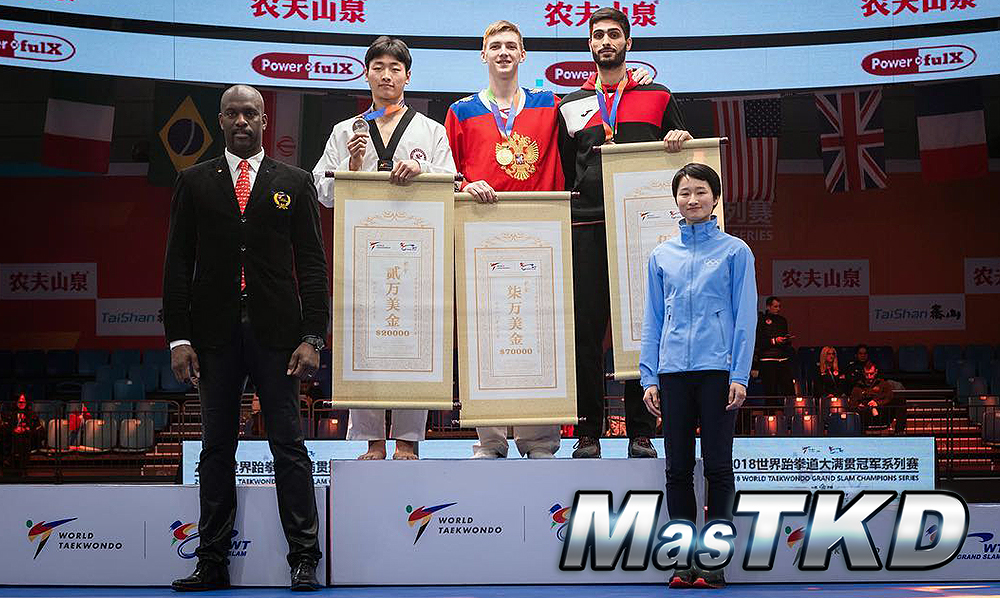 The men’s +80kg saw a major shock as number one seed Kyo-don In of Korea lost to Sajjad Mardani of Iran in a scintillating golden point round. Zhaoxiang Song of China won bronze by beating fellow countryman Hongyi Sun. 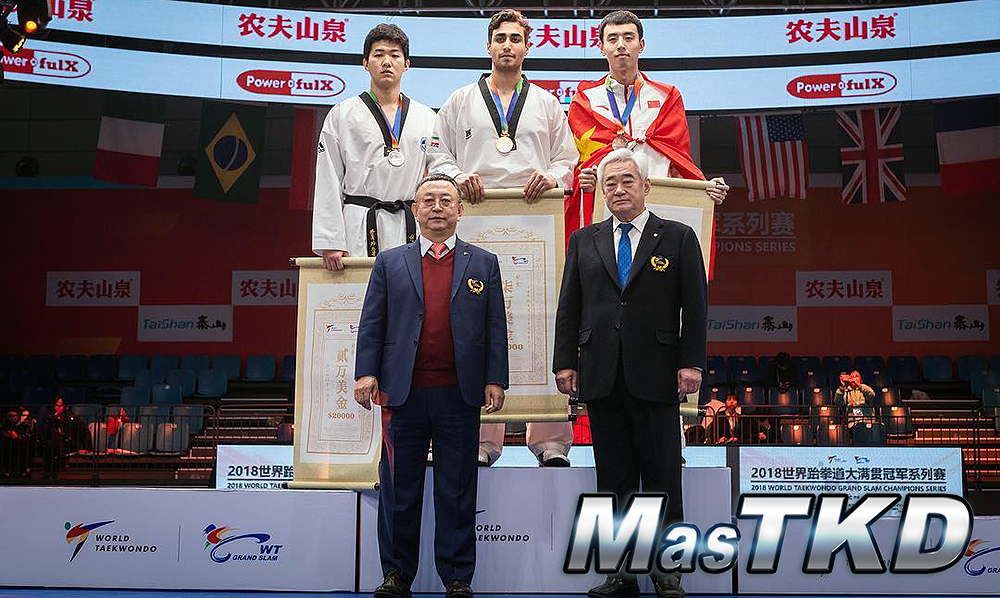 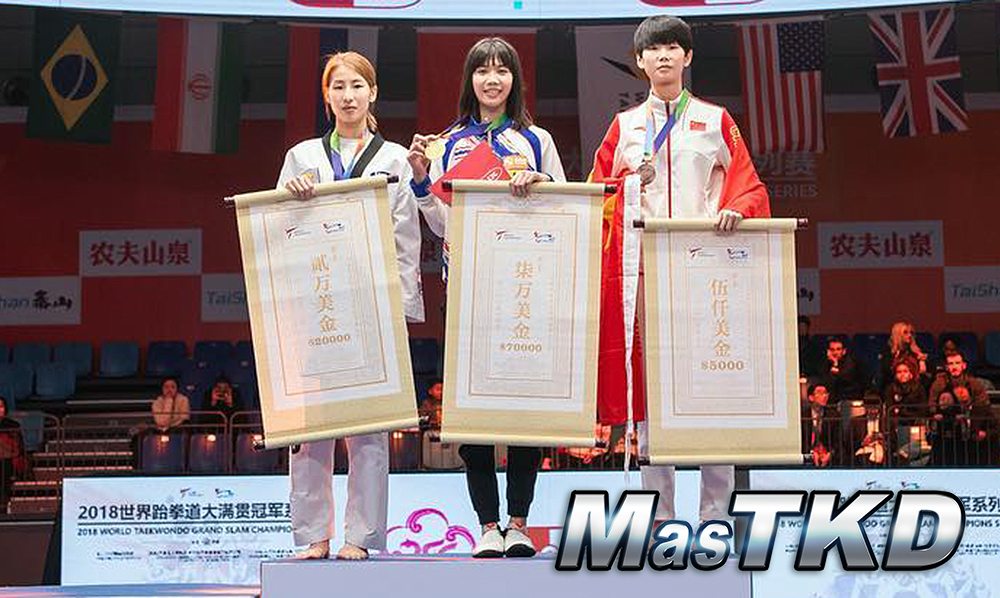 In the women’s -57kg, Lijun Zhou of China won gold in front of the ever-animated home crowd. Zhou narrowly defeated Jade Jones of Great Britain 2-1 in what was probably the best final of the day. Number two seed Ah-Reum Lee of Korea beat Marija Stetic of Croatia in the bronze medal match. 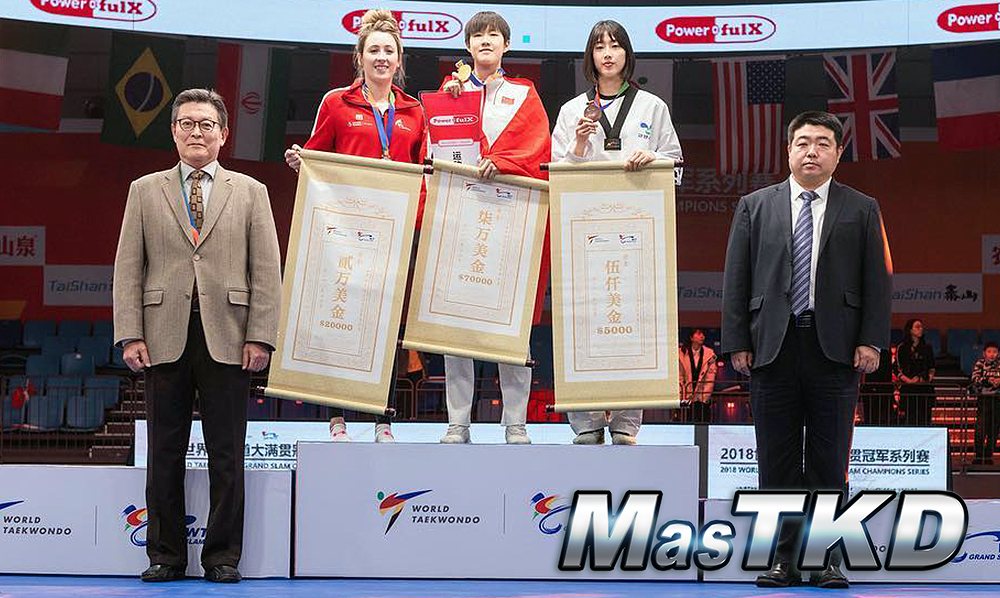 Lauran Williams of Great Britain added to her Manchester Grand Prix title by convincingly seeing off Nur Tatar Askari of Turkey in the final of the women’s -67kg. The Bronze was won by Ruth Gbagbi of Ivory Coast after she beat Yunfei Guo of China 2-0. 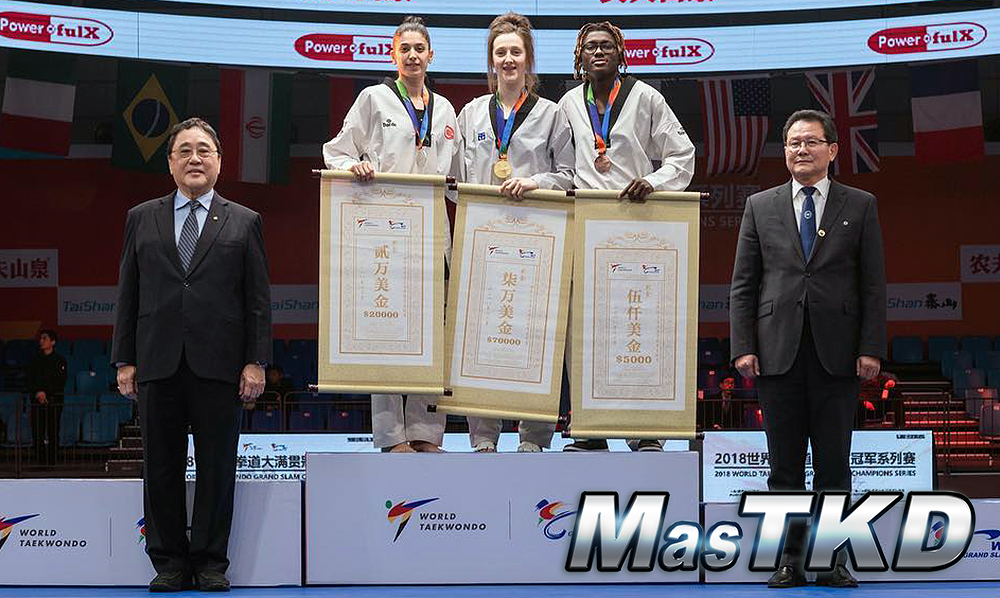 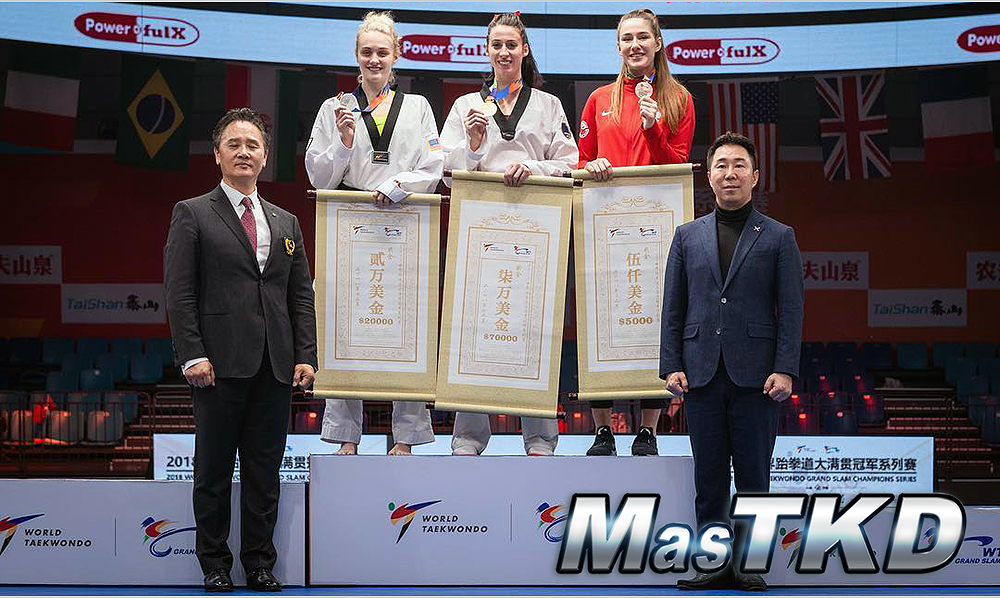 The Grand Slam Champions Series ends a fantastic and successful calendar year for World Taekwondo and its athletes.