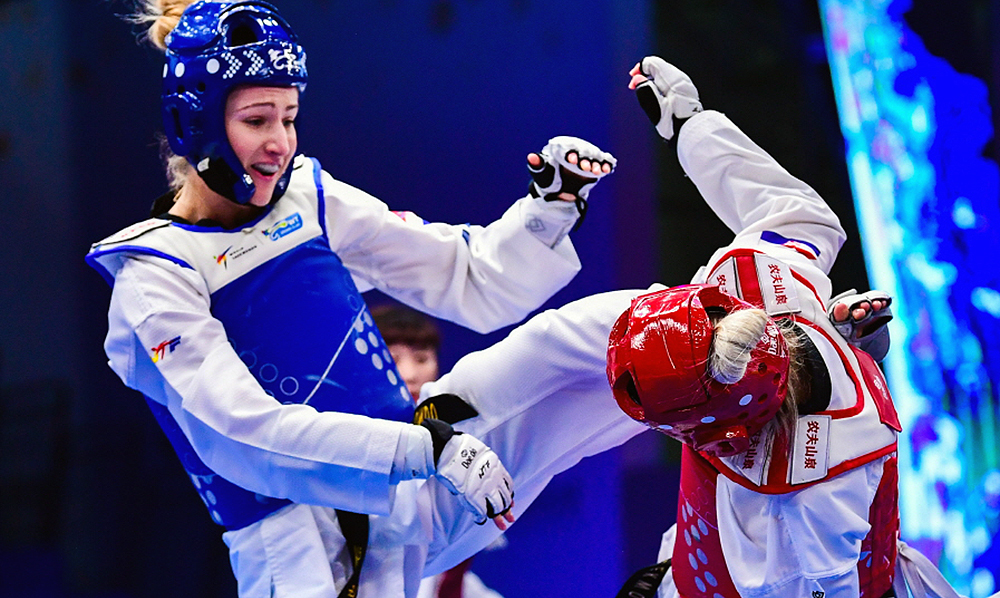 The women’s -49kg category saw number one seed and 2017 Grand Slam champion So-hui Kim of Korea progress by overcoming crowd favourite Qing Guo of China in a tense golden point round. Kim will now face fellow Korean Min-Ah Ha in the quarter finals after the latter overcame Iryna Romoldanova of Ukraine. Jae-young Sim of Korea will face Xueqin Tan of China after each athlete convincingly overcame their opponents 2-0 and 2-1 respectively. Number three seed Bora Kang of Korea also booked her place in the quarter finals by defeating Jordyn Smith of Great Britain 2-0. Kang will now face Napaporn Charanawat of Thailand, who beat Zeliha Agris of Turkey 2-1. The final quarter final of the weight category will be fought between Yuntao Wenren of China and Manchester and Taoyuan Grand-Prix Champion Panipak Wongpattanakit of Thailand, after each fighter beat their opponents 2-0.

The women’s -57kg number one seed Irem Yaman of Turkey was given a bye in the preliminary round and will now face Marija Stetic, who overcame fellow Croatian Bruna Vuletic 2-0. Much to the delight of the home crowd, Zongshi Luo of China also booked her place in the quarters by defeating Phannapa Harnsujin of Thailand in a captivating golden point round. Luo will now face Roma and Manchester Grand Prix champion, Jade Jones of Great Britain in the quarter finals. Lijun Zhou of China and Hatice Kubra Ilgun of Turkey will also face off in the quarters, as each of them overcame their opponents 2-0. The last quarter final will be fought between second seed Ah-Reum Lee of Korea, who was given a bye, and Nikita Glasnovic of Croatia, who defeated Chia-ling Lo of Korea 2-0. 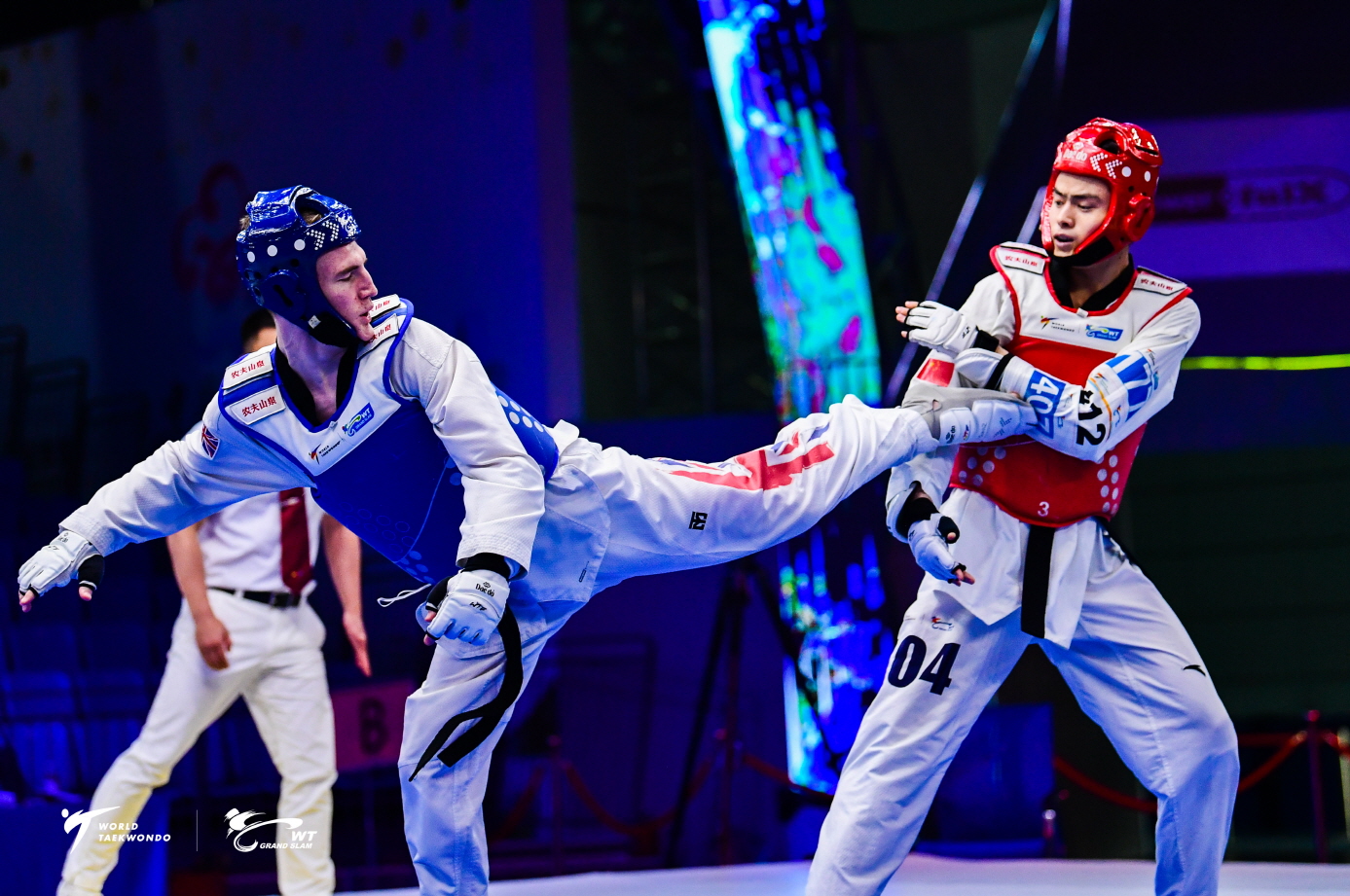 In the men’s -58kg quarter finals, number one seed Tae-hun Kim of Korea will face Tawin Hanprab of Thailand after Hanprab beat Vito Dell’Aquila of Italy and Kim was given a bye. A tense all Chinese preliminary round between Yushuai Liang and Xiongbin Ouyang eventually saw Liang progress. Liang will now face Roma Grand Prix Champion Mikhail Artamonov of Russia after he convincingly defeated Seongshin Kim of Korea 2-0. Armin Hadipour Seighalani of Iran was given a bye and will now face Ramnarong Sawekwiharee of Thailand, who beat Ruidong Wu of China 2-0. Xiaoyi Chen of China defeated Jesus Tortosa Cabrera of Spain 2-0 and set up a quarter final with number two seed Jun Jang of Korea, who was given a bye.

The final weight category of the day saw athletes compete in the men’s -68kg. Number one seed and four time Grand Prix champion in 2018, Dae-hoon Lee of Korea was given a bye in the first round, but will come up against an impressive Vladimir Dalakliev of Bulgaria in the quarter finals. Dalakliev convincingly overcame Viacheslav Minin of Russia in the round of 16 with a score of 2-0. Bradly Sinden of Great Britain had to win a tense golden point round against Jinyu Wang of China to book his place in the quarter finals. Sinden will now face Hakan Recber of Turkey, who impressively beat Xiang Sun of China. Number three seed Yu-Jen Huang of Chinese Taipei was given a bye in the round of 16 and will face Javier Perez Polo of Spain, who landed the winning blow in an exciting golden point round against Guodong Song of China. The last quarter final will be fought between number two seed Shuai Zhao of China and Dong-yun Shin of Korea, after Zhao was given a bye and Shin convincingly beat Christian McNeish of Great Britain 2-0 in the round of 16. 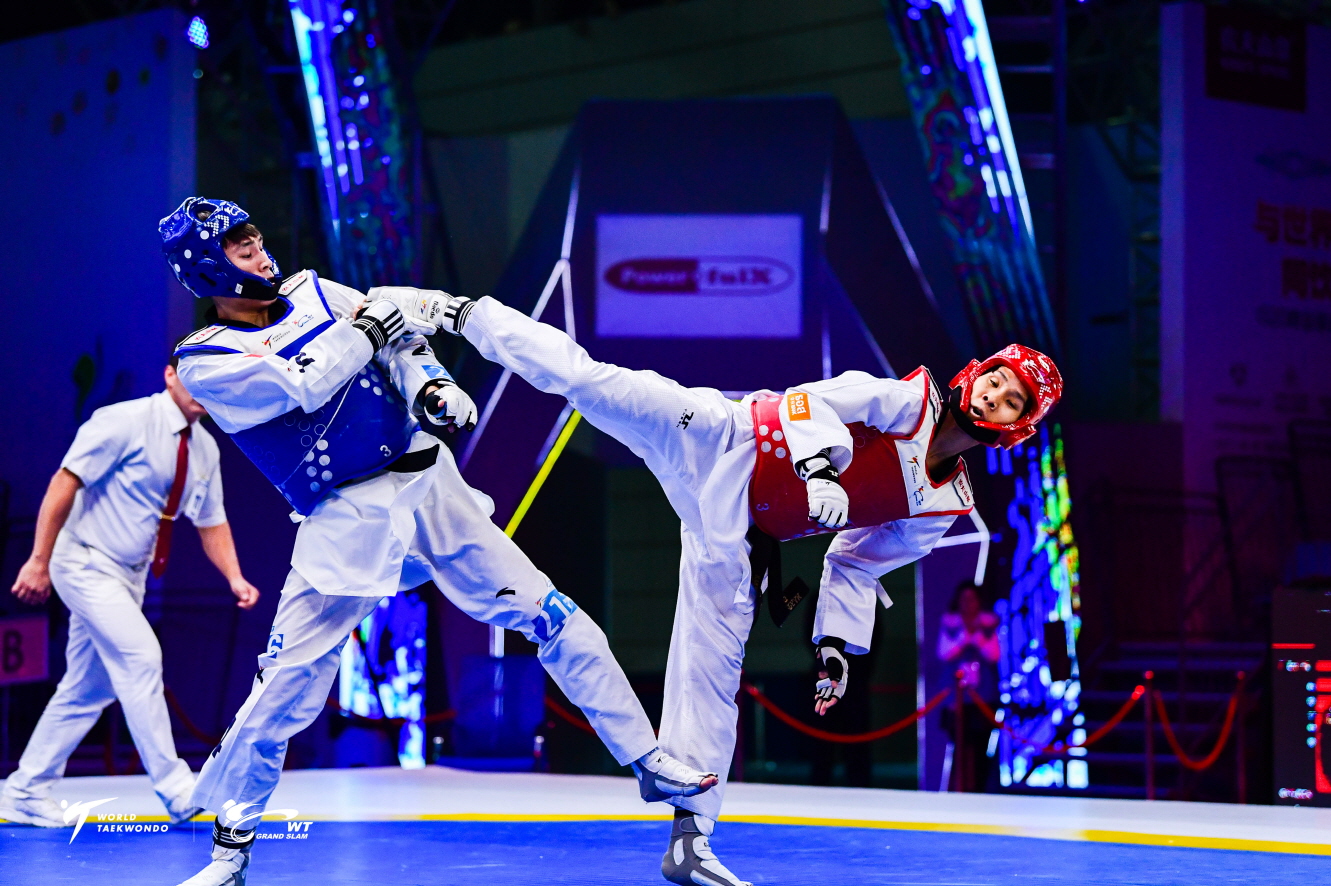 A stellar line up awaits tomorrow, as athletes gear up to compete in the quarter finals of the men’s -58kg, women’s +67kg, men’s -80kg and women’s -57kg weight categories.