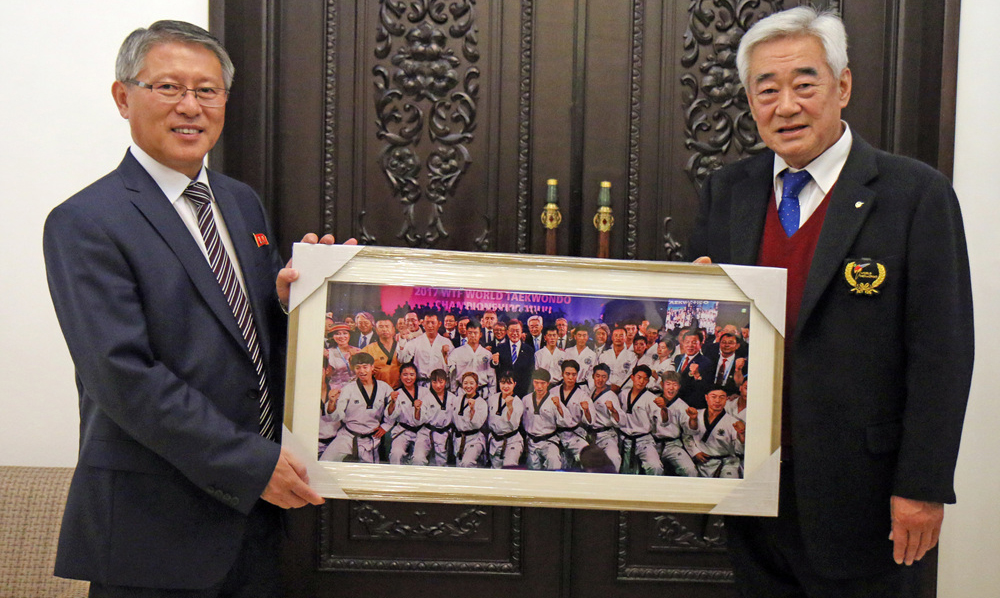 In front of more than 2,300 people that packed the Taekwondo Hall, demonstration teams from the two international taekwondo governing bodies put on a wonderful show, in which they displayed jaw-dropping athleticism.

“Among the four joint performances they have displayed so far, this one was the best,” WT President Chungwon Choue said. “They seem to get better and better. I’m looking forward to their next performance.

WT and the ITF signed a historic agreement

“Today has shown that there is far more that unites us than divides us. Taekwondo has the power to open up dialogue and contribute to more peaceful understanding between nations.”

After the event, Choe invited the WT delegation, ITF officials and athletes to a special dinner at Okryugwan, where he congratulated the two organizations for the achievements they made.

WT delegation arrives in Pyongyang with message of peace

The joint-demonstration followed on from a historic agreement signed between WT and the ITF which will see the two federations form a joint committee by the end of the year in an effort to integrate the sport.

The WT demonstration team opened the show with a fusion of poomsae and modern dance before carrying out “blindfold breaks,” in which the strikers have to hit the targets only by hand bell sound.

After 30 minutes of the WT’s performance, the ITF team marched on in traditional, all-white dobok without any background music.

ITF athletes’ performance was full of power moves, breaking bricks and tiles with kicks and enduring strikes across their limbs and torsos.

While the WT’s performance was more colorful, the ITF’s appeared to be more traditional that emphasized power and realistic fighting skills. 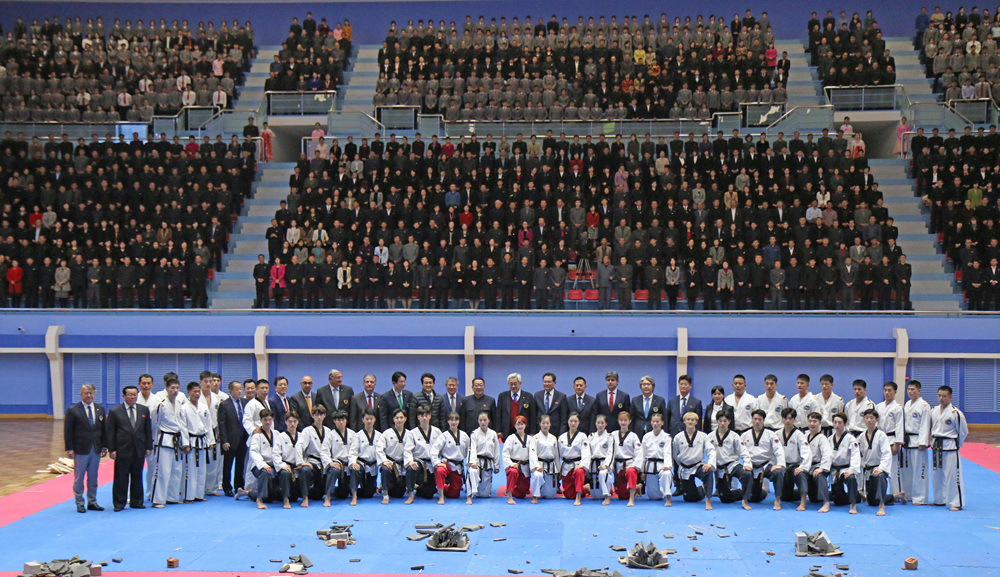 Their joint poomsae wrapped up the evening and the crowd reacted enthusiastically with a thunderous applause.

WT and ITF athletes shook hands; some of them embraced each other. For many, it was an expected reunion at the same venue after their joint performance in April.