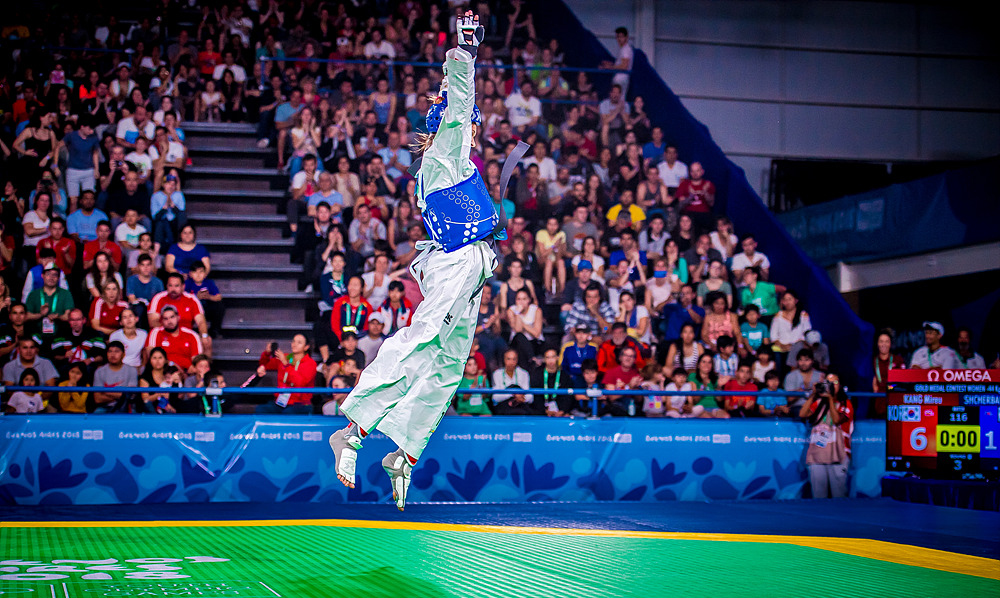 In the women’s -44kg, 17-year-old Shcherbakova overcame Korea’s 16-year-old Mireu Kang 12-6 in the final to take the top honours. The opening round was a tense affair with both fighters wary of giving away any early points as it finished 0-0. Shcherbakova took the initiative in the second round to go into the third round 4-1 up. Kang tried to fight back in the final round but it was not enough and Shcherbakova won the match 12-6. 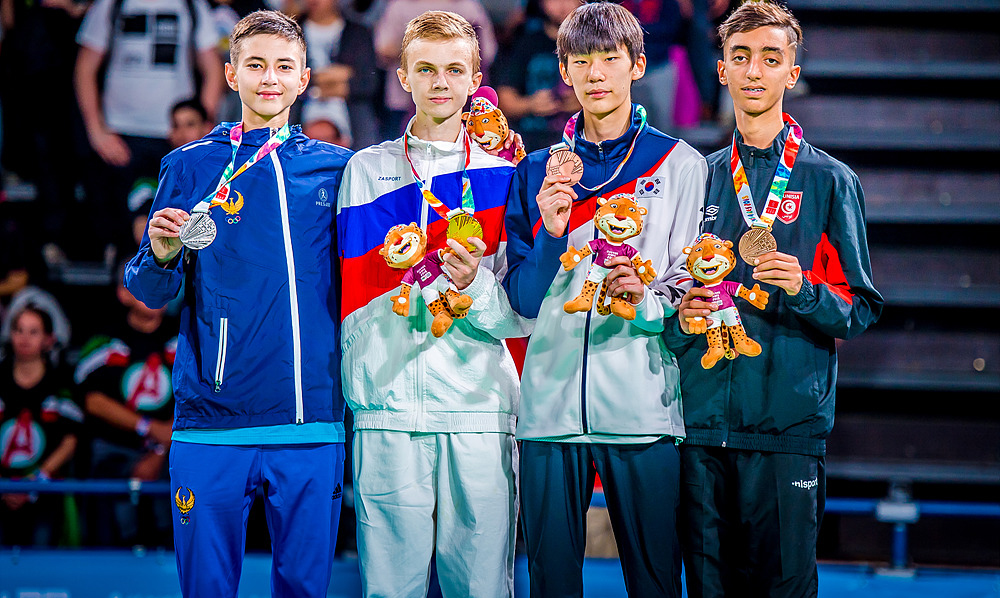 In the men’s -48kg, 15-year-old Shishko was paired against 16-year-old Ulugbek Rashitov from Uzbekistan in the final. The older fighter came out the stronger and finished the first round with a 4-0 lead. However, Shishko showed great strength of character to fight back and take a two-point lead into the final round. With the score 8-6 to Shishko, Rashitov fought valiantly to regain his lead but the Russian held on and won the match 11-8. 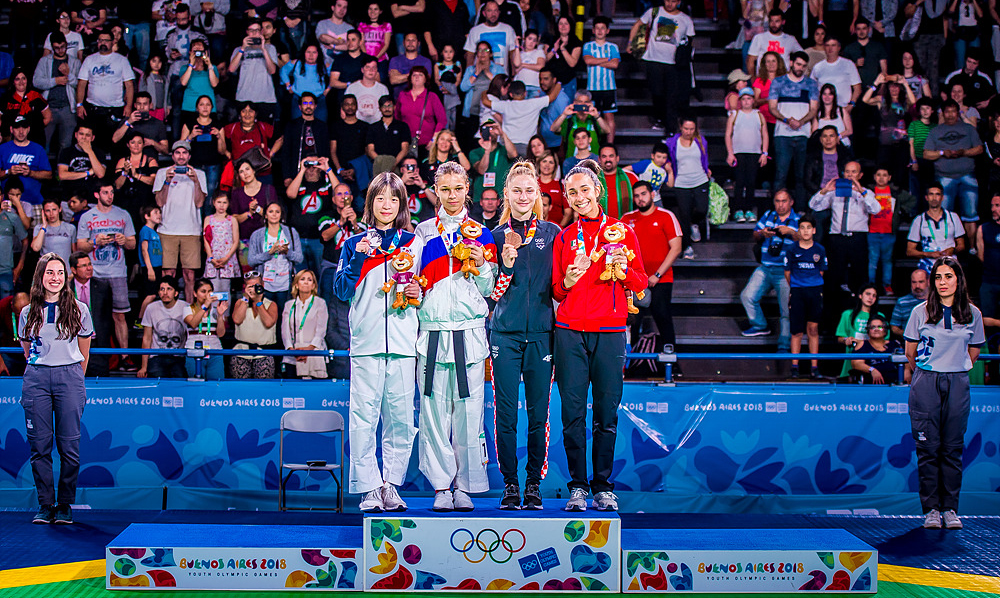 The bronze medals were shared between Seongbin Im of Korea and Mohamed Khalil Jendoubi of Tunisia.

The first day of action showcased the global strength of taekwondo and the bright future for the sport with so many young athletes from all over the world, competing at such a high level. 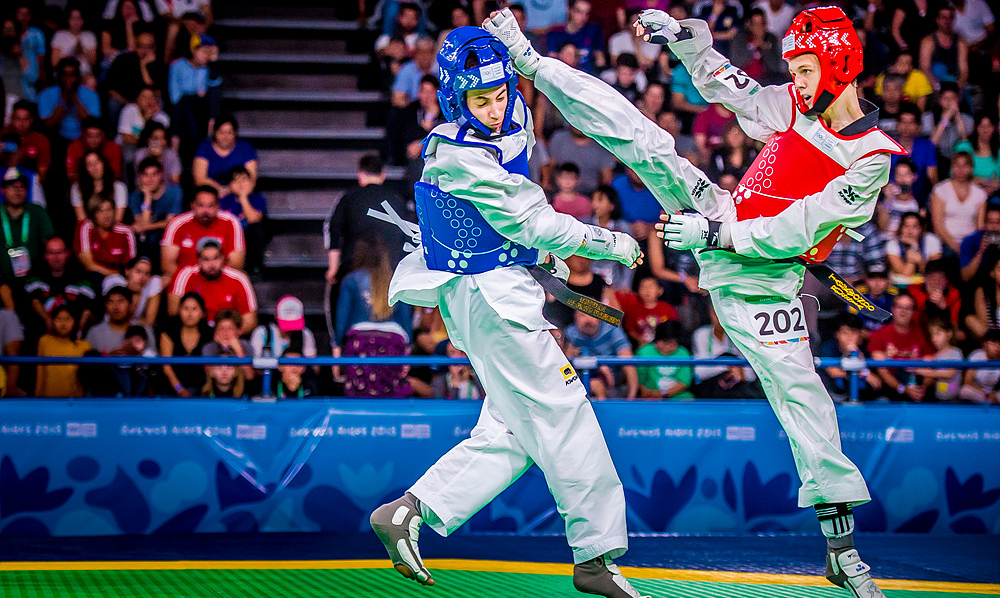 The Taekwondo competition at this year’s Youth Olympic Games will see 100 athletes compete between 7 and 11 October 2018.