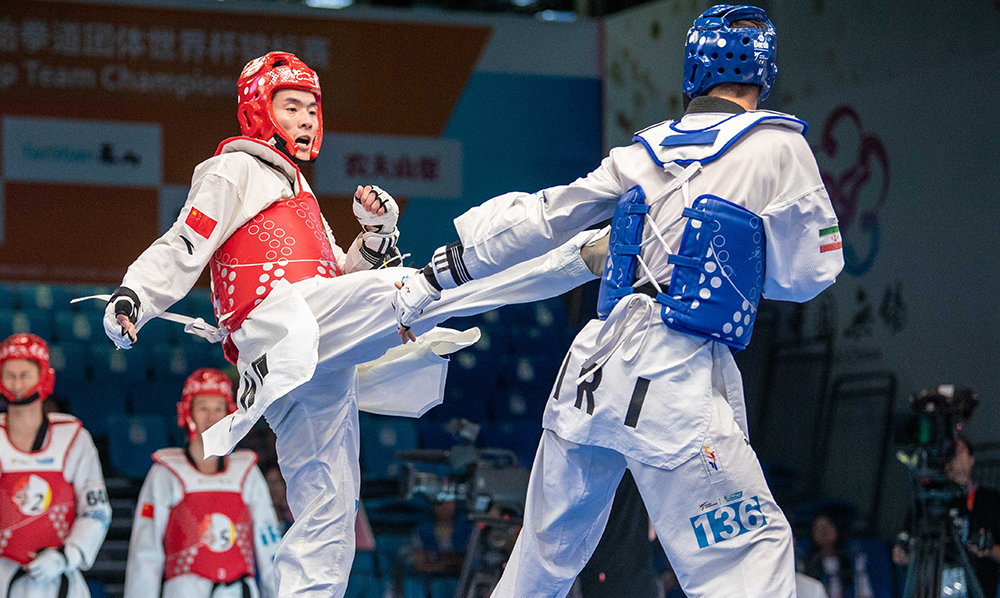 After four engrossing quarter finals, China 1 faced Iran in the first of the semi-finals. The match was very close and by the end of round three, Iran held a narrow 31-29 lead giving either side a chance of reaching the final. However, it was the Chinese team, spearheaded by the ever-impressive and extremely aggressive Shuai Zhao, who secured their spot in the final with a high-scoring 65-55 victory.

The second semi-final was not as close, but no less entertaining. While Morocco competed admirably, Korea were ultimately too strong and won the match 94-48 victory. Throughout the match, Korea’s Kyo Don caught the eye with his entertaining punches and spinning kick combinations. 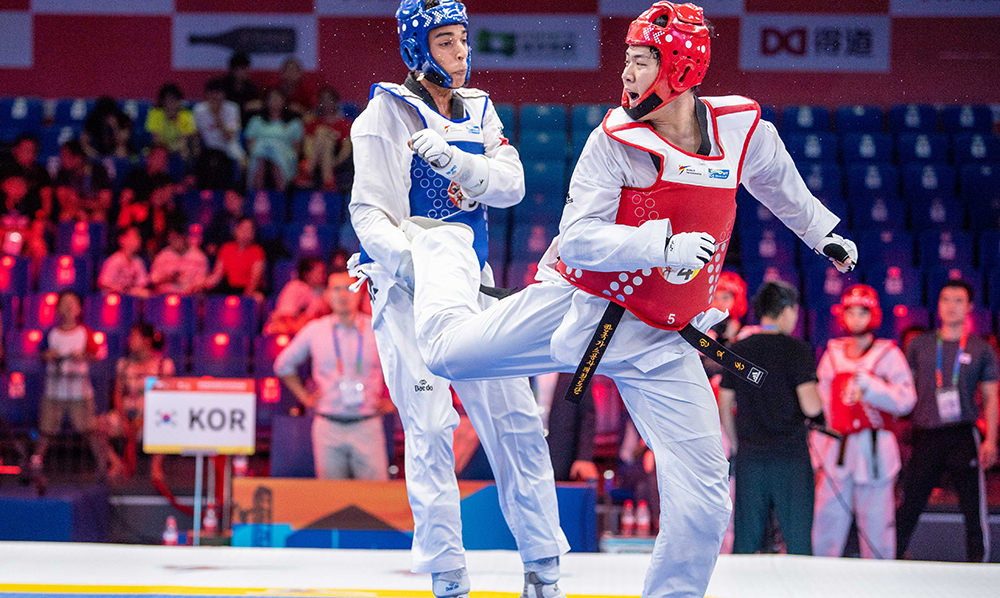 The two finalists, China 1 and Korea, will now face each other in the final on 29 July with the hope of claiming the world title and $40,000 in prize money.

Morocco will fight China’s second team (China 2) and Iran will face Kazakhstan for the bronze medals on offer.