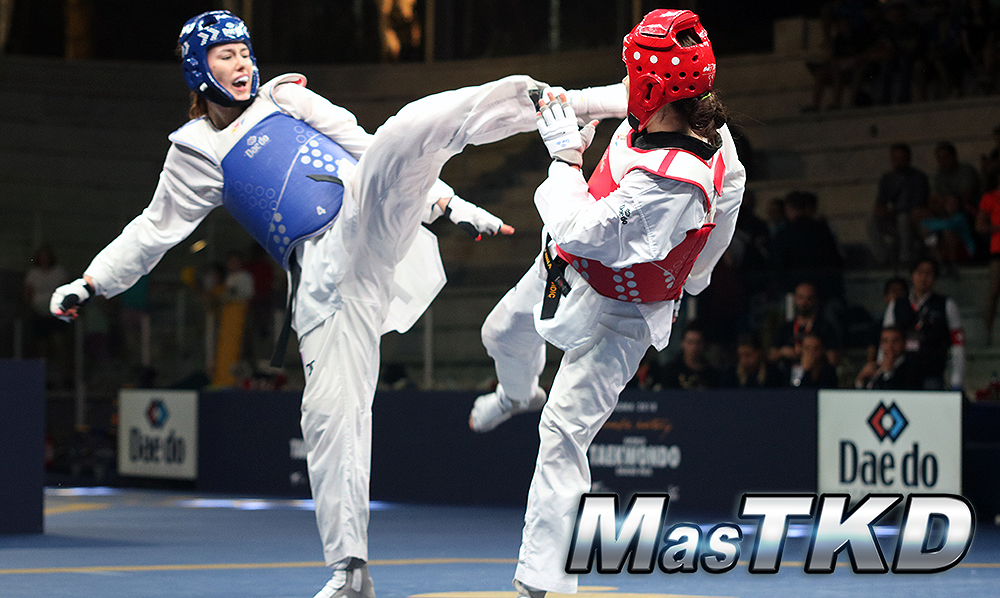 The first final of the day saw pre-tournament favourite and Rio 2016 gold medallist, Jade Jones of Great Britain fight Marta Calvo Gomez of Spain in the women’s -57kg; a repeat of the Abidjan 2017 World Taekwondo Final. Jones got off to a flying start by landing a kick to the trunk almost immediately and then doubled her lead seconds later with the same move. However, she then began to let her lead slip by conceding 5 consecutive gam-jeoms for keeping her leading leg in the air for more than three seconds and kicking below the waist. Calvo Gomez went into the second round with a 5-4 lead, having not landed a single kick or punch on her opponent. Both fighters conceded more gam-jeoms to take the scores to 7-7 after 30 seconds into the second round. 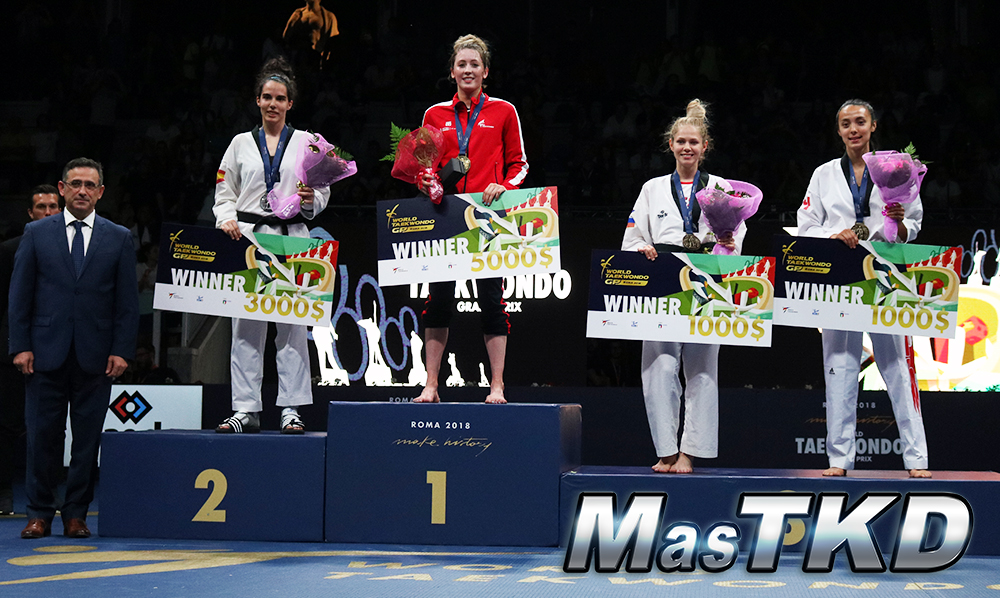 The bronze medals were claimed by Tatiana Kudashova of Russia and Skylar Park of Canada.

London 2017 Grand Prix winner, Mikhail Artamonov of Russia and Baku 2016 Grand Prix winner, Carlos Navarro of Mexico battled for gold in the men’s -58kg final. The fight began tentatively, as neither fighter wanted to concede any early points. The first points weren’t registered until the dying seconds of the first round, when Artamonov landed a kick to the trunk to end the round 2 points up. In the second round, Navarro drew the scores level immediately with a kick to the trunk of his own. 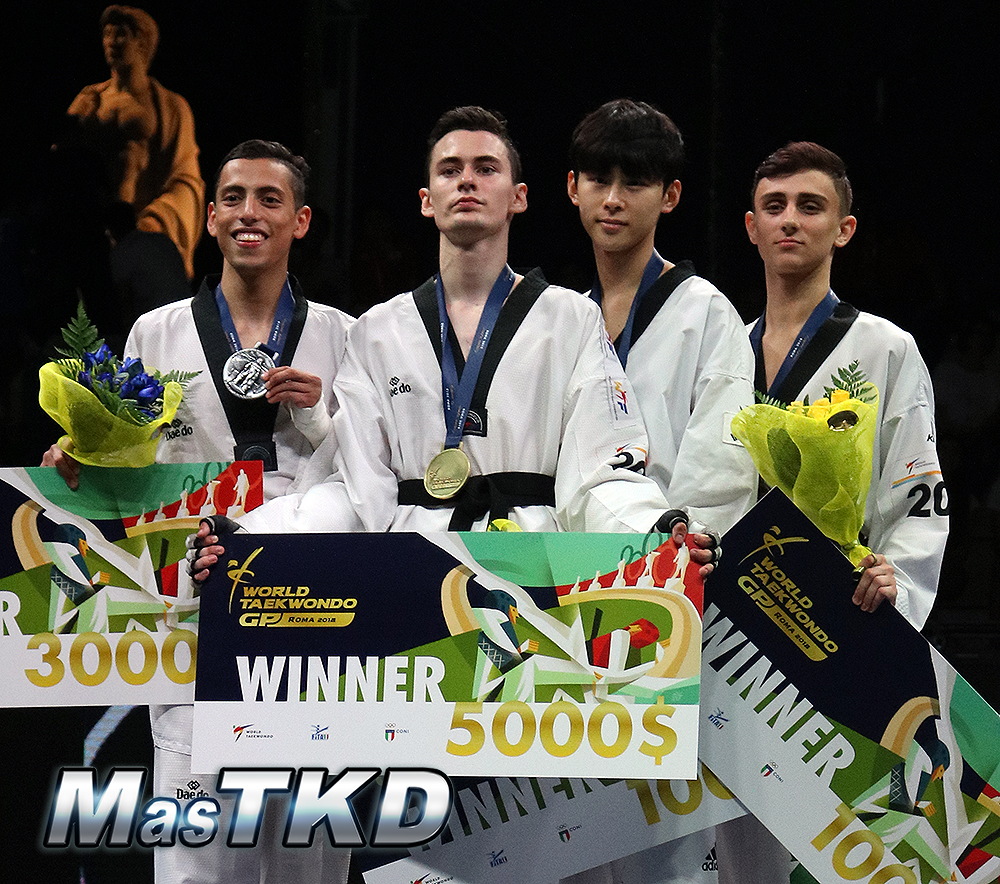 Both fighters then composed themselves and defended strongly for the rest of the round. Round three began in a similar fashion as neither fighter was willing to commit themselves. The fight looked like it was heading for a golden point round. However, in the final 10 seconds, both fighters began to attack aggressively and Navarro looked to have landed the killer blow with a kick to the trunk. Artamonov then responded immediately and landed a skilful kick to the head to claim gold. The fight ended 5-4 in the favour of Artamonov, who won his second Grand Prix title.

The bronze medals were shared by pre-tournament favourite Tae-Hun Kim of Korea and Jack Woolley of Ireland.

The last final of the day saw Aleksandra Kowalczuk of Poland and Muju 2017 Grand Prix champion, Milica Mandic of Serbia compete in the women’s +67kg final. Mandic got off to a flying start by landing an early kick to the head. Kowalczuk had to compose herself to see off more persistent pressure as she kept the scores at 3-0. Kowalczuk then went on the attack herself and landed a clever kick to the head before forcing Mandic into conceding a gam-jeom to take the lead. In the second round, Kowalczuk extended her lead to five points with two kicks to the trunk. 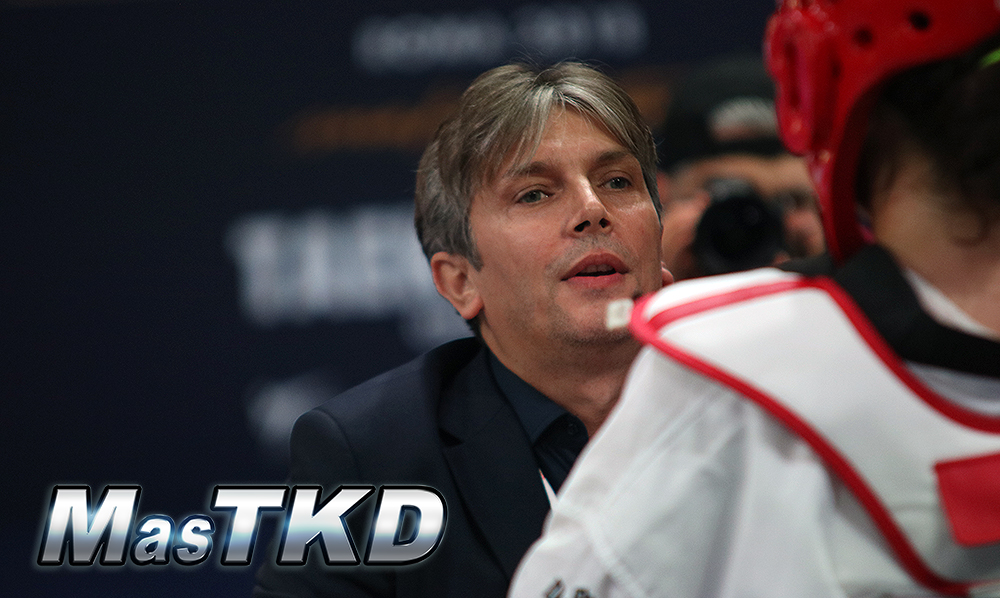 Mandic desperately tried to reduce the deficit in the third round, but Kowalczuk defended bravely. Mandic landed a kick to the head with 20 seconds left on the clock to set up a tense end to the day’s action. However, Kowalczuk showed her impressive resilience as she hung on to win the fight 8-6 and claim her first Grand Prix title. 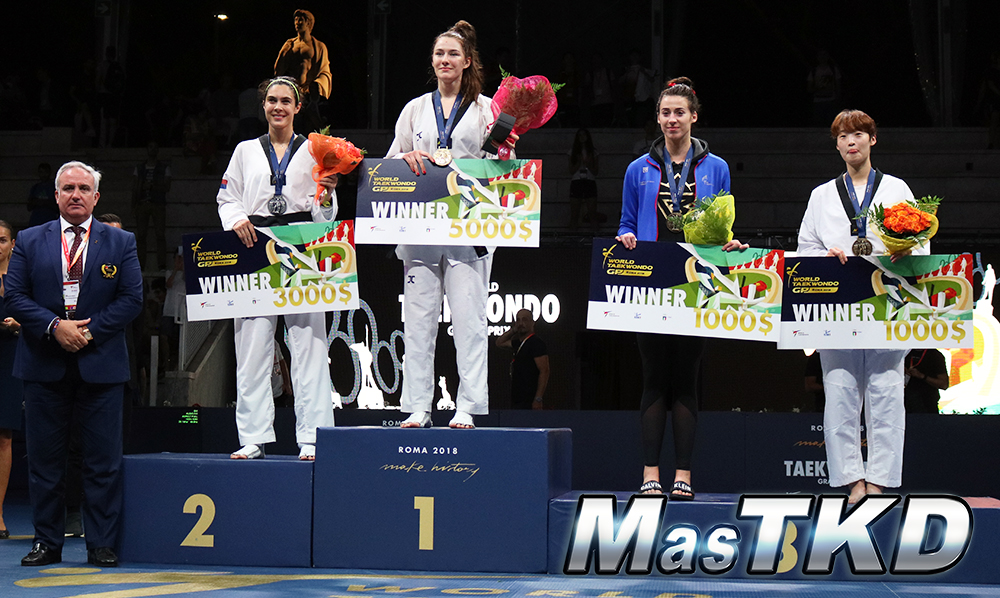 Tomorrow, athletes will compete in the women’s -49kg and men’s -80kg weight categories in what will be the last action of the Grand Prix.