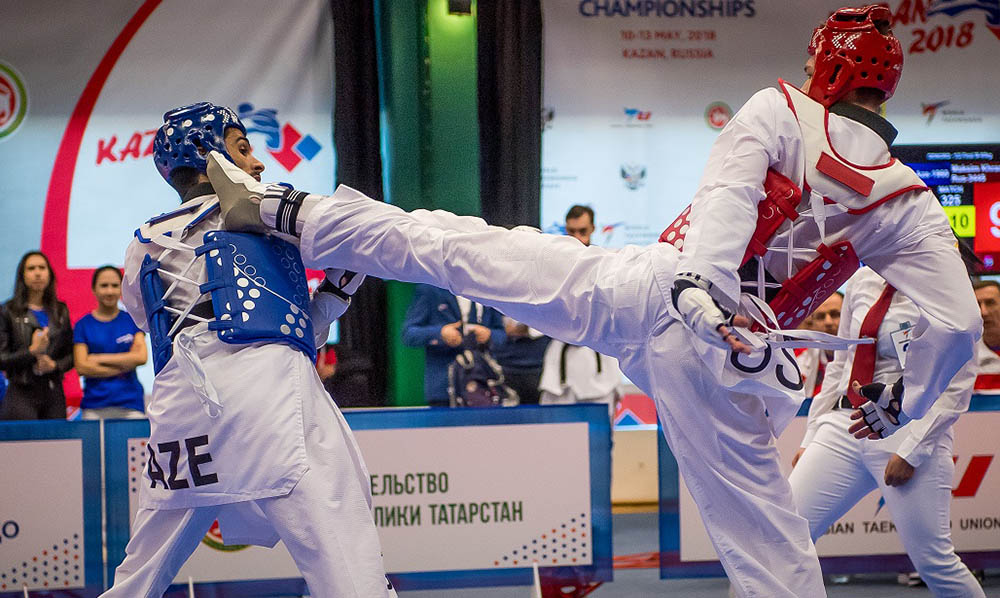 High-profile athletes with distinctions in Europeans during Montreux 2016, didn’t manage to be included in the medallists’ list when meanwhile others attained the prestigious European Champion title for first time in history.

A performance to remember

The action in -80kg division was enhanced by the latest World Champion Maksim Khramtcov (RUS) playing a semi-final against the bronze Olympic medallist World and European Champion Milad Beigi Harchegani (AZE). The Russian player, who lighted up the venue, took the victory over Milad with 21-9 and faced in the finals Aaron Cook (MDA).

Unfortunately for Aaron, Maksim Khramtcov realized one of his topmost ever performances in his career and took over the match with the incredible 58-16 score and meanwhile created a unique celebrating atmosphere with the audience!

Aaron, the European Champion in 2014, fought bravely with his unusual style but Maksim Khramtcov seemed unbeatable with his extraordinary fighting skills, produced his maximum performance and took the sport to a new level with his intensity. 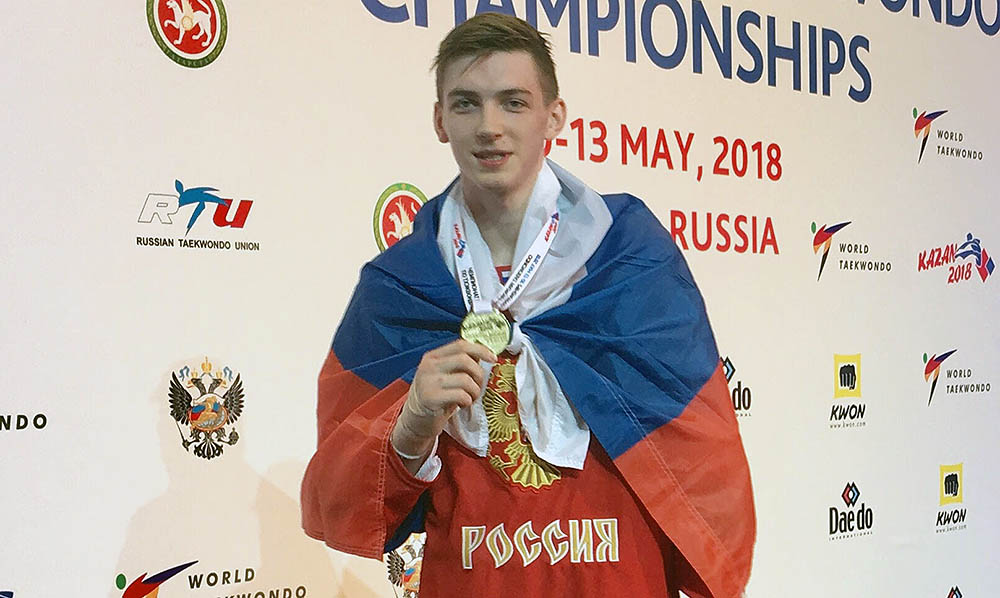 On-going, the year 2018 is certainly a creative one for Kanaet Toni. Being determined for gold since his participation recently in WT President’s Cup, the Croatian representative came into the mat of Kazan two weeks later of the event in Athens and showed from his first game that he is going to be the 2018 WTE Champion.

After his defeat in the final fight of Montreux, this year none of his opponents achieved to deter his unbeaten track. World’s No4 prevailed in the final fight against Muhammed Yildiz (TUR) and celebrated the top place on the podium with 19-10 score. 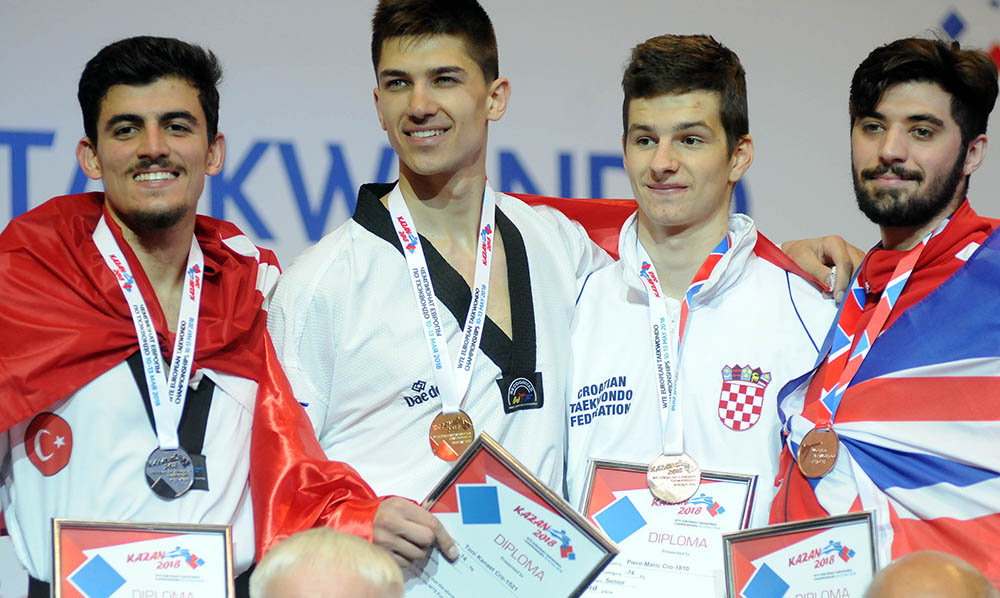 Nur Tatar (TUR) and Lauren Williams (GBR) met in European final match for the second time in a row. Two years ago, in Montreux, the British fighter was the one who awarded the Champion title after a victory over the silver Olympic medallist from Turkey. In today’s final Nur Tatar came into the mat with confidence for the gold this time. She came ahead at the beginning of the match but after Lauren realized a thrilling upset performance and took the match just before the end with 14-11 and thus Kazan 2018 pointed her out as a double European Champion. 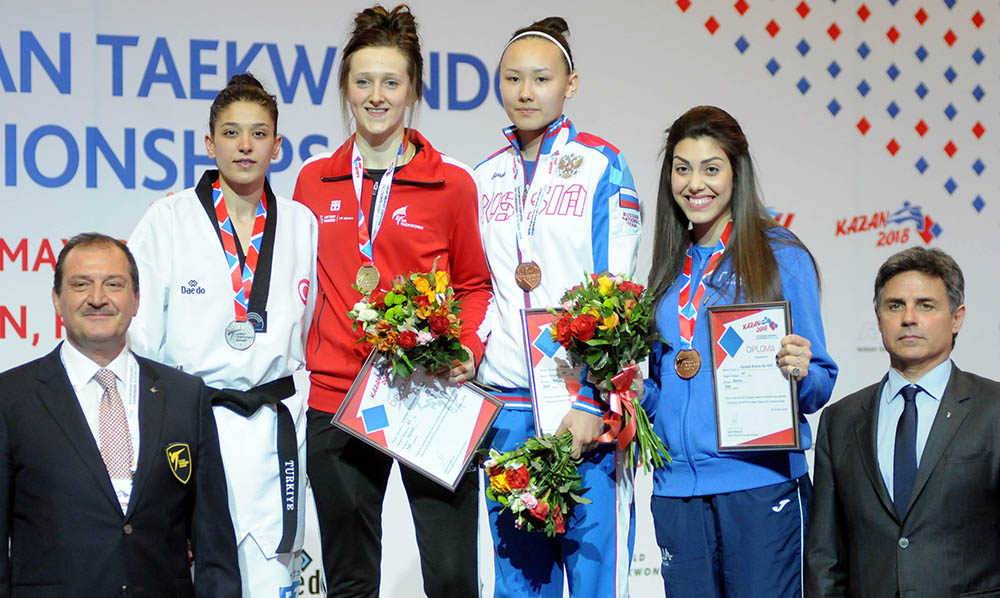 Having the heading of the ultimate favorite for the gold today, Irem Yaman participated and topped her division -62kg for one more time. Irem of Turkey counts two European gold medals in the last two years. The World’s No1 proved one more time that she is the ultimate leader of her category.

In the final match, she came across with World’s No3 and silver World medallist Marta Calvo Gomez of Spain and without losing the match control at any time, realized a great performance and won with 8-1 final score. 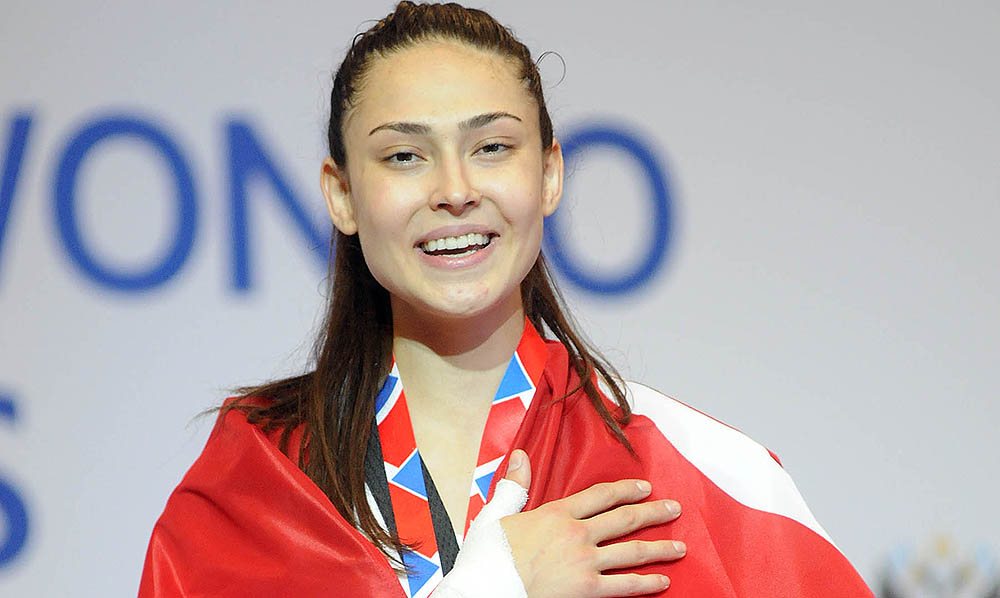