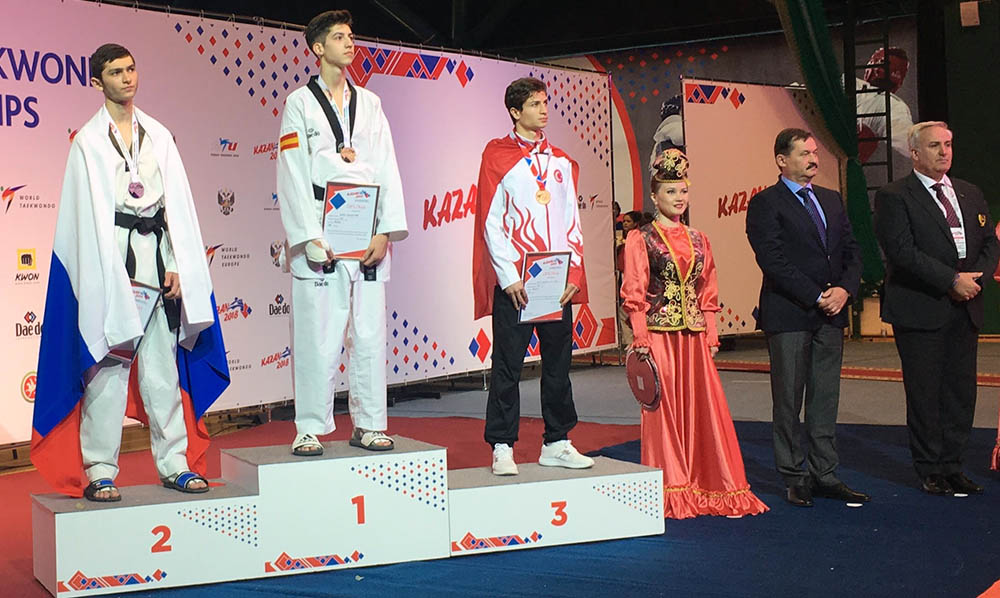 The Sport Hall “Ak Bars” welcomed all the European athletes, coaches and officials who travelled to Kazan city from 46 countries around the continent for the elite participation in the astonishing event.

On the occasion of the initiation day, the Opening Ceremony took place to mark the launch of the major WTE event.

Right after the traditional performances during the ceremony, the acting WTE President Angelo Cito took the floor and welcomed all the individuals who gave their presence in the 2018 WTE Championships and highlighted the significance of the event for the European Taekwondo and its precious athletes. 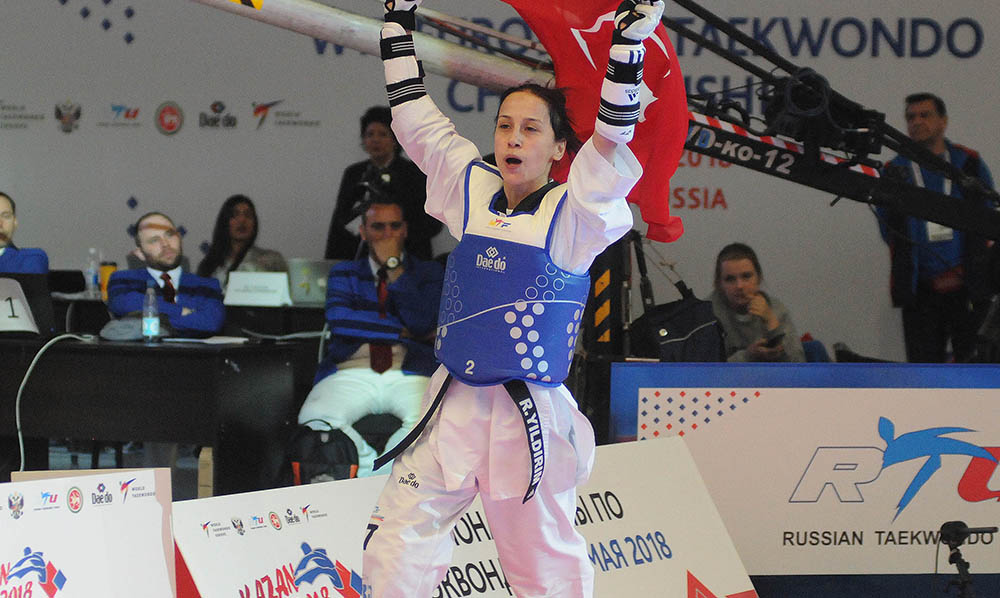 The action on the mat today

The topmost European athletes gave their dynamic performances with one major goal, the distinguished title of the WTE European Champion for the year 2018 in Female -46kg & 49kg and Male -54kg & -58kg categories.

The bronze Olympic medallist in Rio 2016, Patimat Abakarova (ΑΖΕ)faced the bronze World medallist Kristina Tomic of Croatia in the -49kg semi-finals where the Croatian fighter overmastered the match and won with score 12-03 and thus the Azerbaijani representative awarded the bronze medal.

Kristina Tomic continued fighting and in the finals came against Natalia Antipenko of Russia, who earlier won with a score 3-2 the silver European Yasmina Aziez (FRA) in the semi-finals. The two athletes came to the mat passionate since it was the first time they both claim the European title. In the end, Kristina Tomic was the one who celebrated the victory with score 18-12. 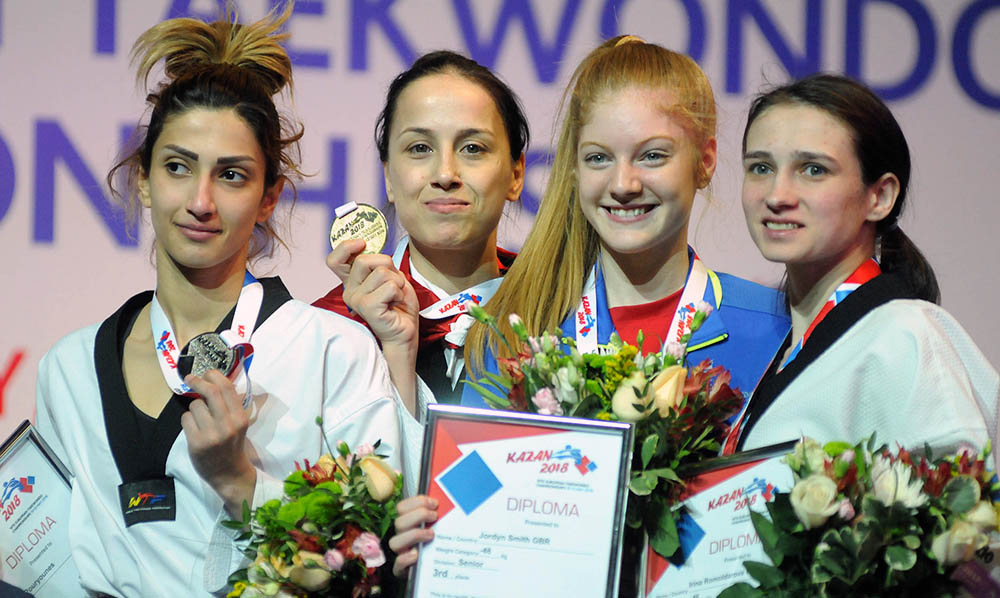 Rukiye Yildirim of Turkey, after her bronze medal in Montreux 2016, came in Kazan determined for the Champion title. World’s No8 prevailed in -46kg category, overbear World’s No2 and European Champion Iryna Romoldanovaand came into a final match against Dina Pouryounes. The Turkish athlete took over the match with 28-10 score and accomplished her participation golden and unbeaten.

Jordyn Smith of Great Britain team made her senior debut in European Championships with a bronze medal in the relevant category. After her latest gold medal in World Juniors Championships in Hammamet a month ago, the Scottish teenager showed in Kazan that she is more than a promising athlete, achieving the third place during her first senior fight.

From the male’s frame, the young athlete from Italy Dell’ Aquila Vito, World’s No9, came to the Europeans with a bronze World medal on his background. After his silver one in WT President’s Cup recently, he realized in Kazan very good performances and attained the bronze medal in -54kg category after he was defeated by Adrian Vicente (ESP) in the semi-finals. The Spanish representative took the match with the impressive 36-18 score and qualified to the final match. 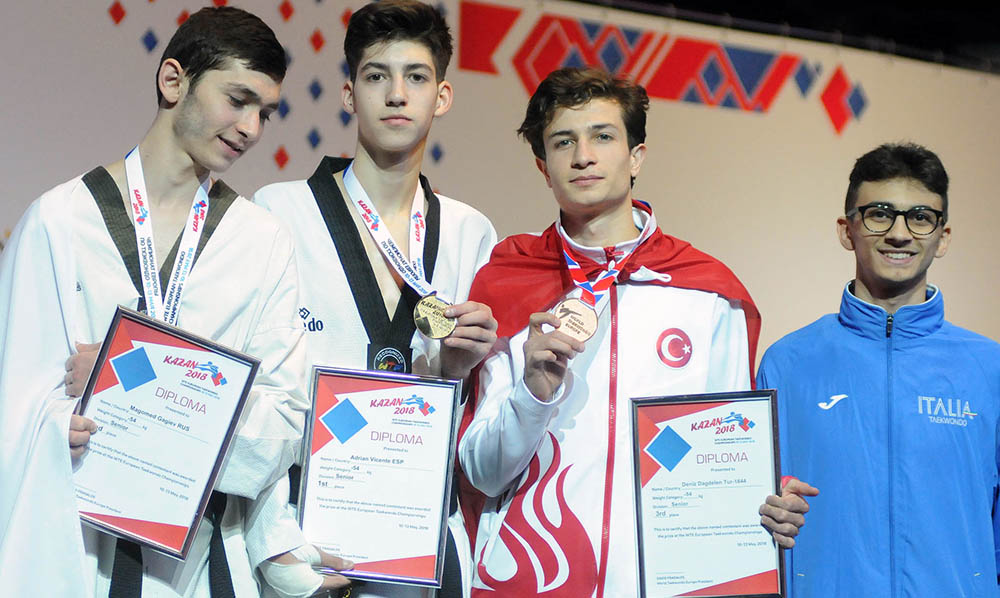 Magomed Gagiev was the second finalist of the category, who had a thrilling match against Deniz Dagdelen of Turkey before the finals. Both athletes realized vigorous performances and the score was close during the game. The Russian fighter was the one who managed to secure his place in the finals after his win with 20-17.

Adrian Vicente surprised the spectators and his rival Magomed Gagiev during the final match since, besides the fact he was behind the score with 0-5, although he managed to lead the match and finally won with 13-5 and celebrated the top place of the podium.

The final match of the -58kg male category was a real derby between two dynamic opponents. The highest ranked athlete out of the contestants in the category, Jesus Tortosa Cabrera of Spain World’s No4 and silver medallist in Montreux 2016, was close enough to achieve his first European gold but Mihail Artamonov of Russia World’s No5 was the one who triumphed the division with 5-10 score.

The highly experienced athlete and two times European Champion, Rui Braganca of Portugal didn’t manage to attain the third gold in a row after his defeat by the bronze medallist in Kazan 2018 Valeriy Shimanov (RUS).