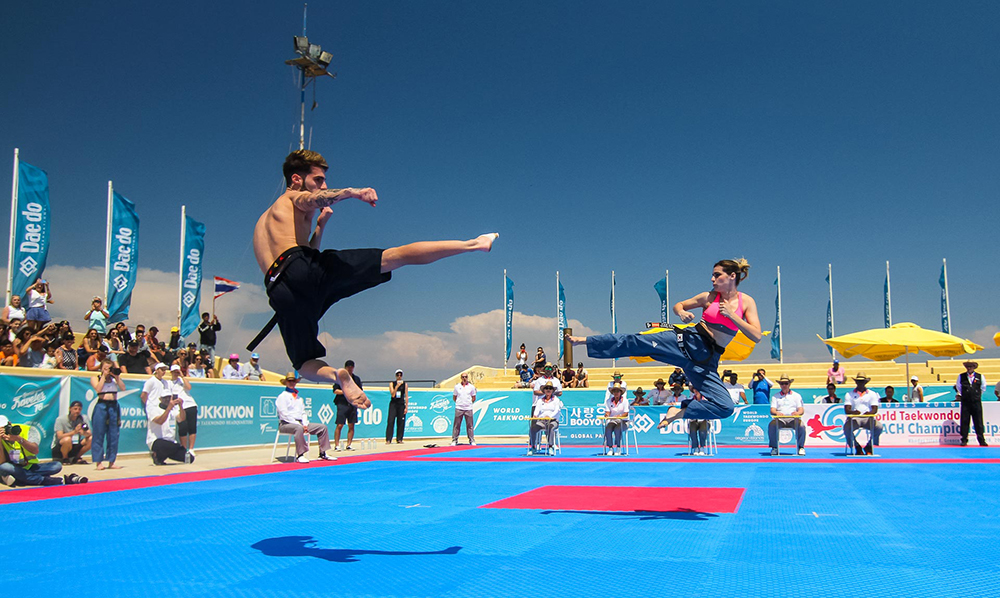 The stunning taekwondo spectacle attracted numerous of spectators, who applauded the athletes’ performances in awe. The national teams were actively supporting their athletes out loud and passionately, while the sun, the sea breeze and the summer mood of the event were the evidence that everyone enjoys the championships.

WT Beach Champions 2018: The first year was awareness. The second is embrace 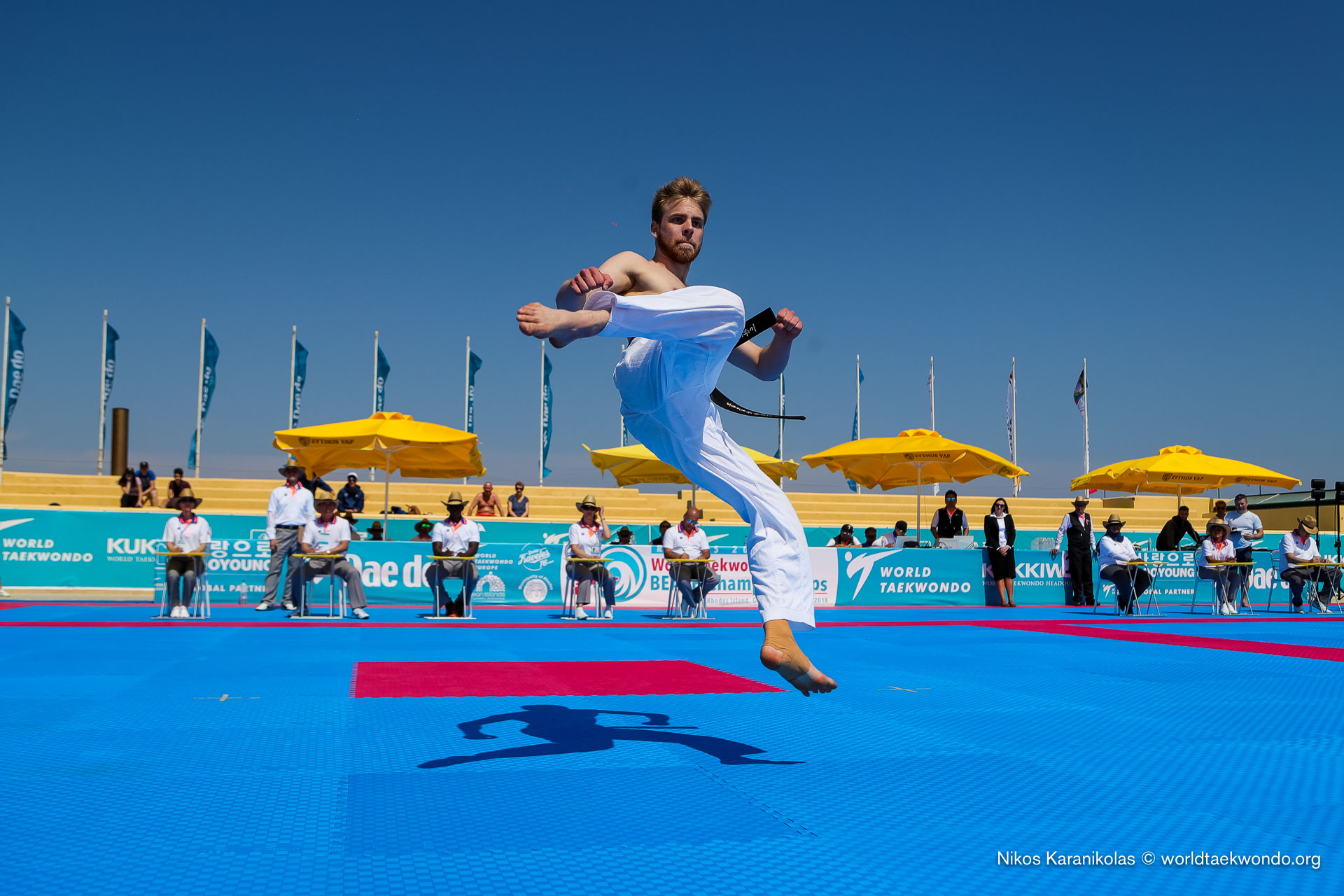 The same applies for the Freestyle Poomsae Pair category, with 5 games having been played today, while the final 4 pairs are scheduled for the Competition Day 3.

Freestyle Poomsae Pair category amplified the dynamic of the athletes’ performance, as the music in combination of the synchronization of the pairs, gave a three-dimensional result of high aesthetics, artistry and sports mastery. 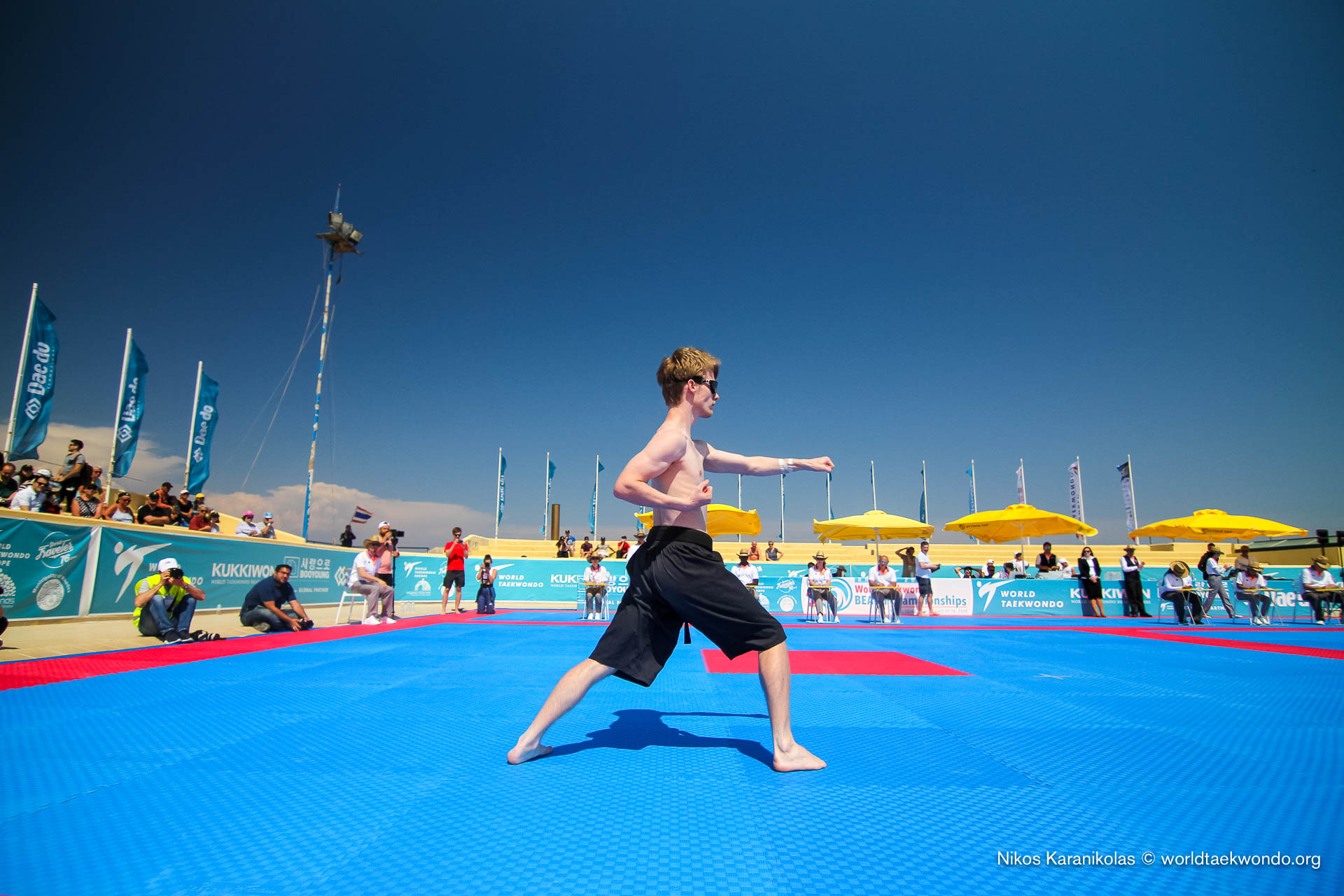 The finals of the competition categories will be broadcast live on the Olympic Channel on 27th – 28th April (Competition Day 3 and 4) at 16:30 (local time). After the completion of the broadcast, the medal ceremony will take place at the venue.