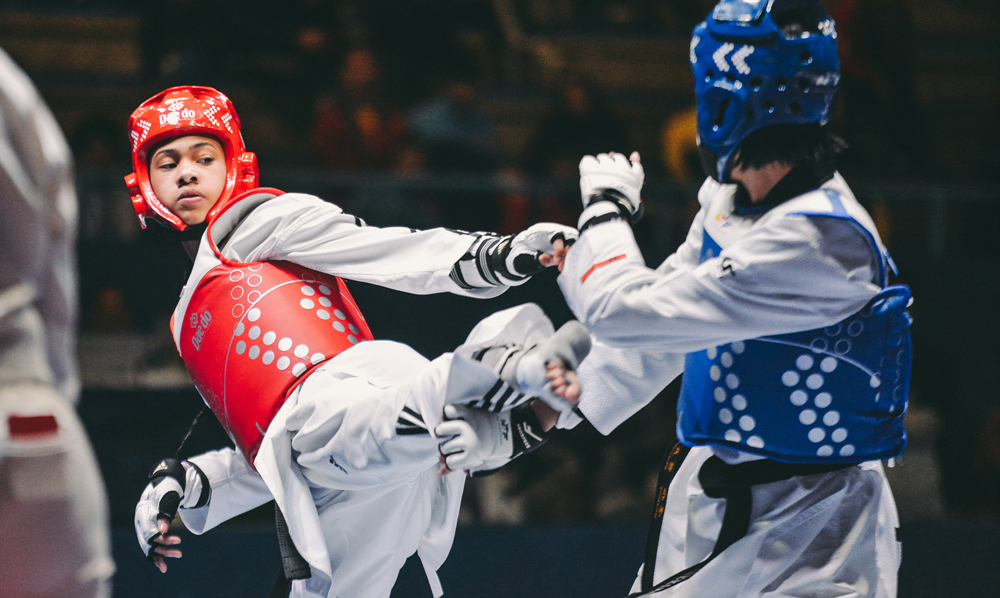 Today’s results leave Iran on top of the overall medal table with three golds and one bronze, with South Korea in second with two golds and one silver and Russia in third with five bronzes.

The first final of the day saw Kanrawee Sompan of Thailand face Powell in the female -46kg category. Sompan took an early lead in the first round when Powell received a gam-jeom for stepping off the court. However, Powell fought back with a series of front kicks to the trunk protector to take the score to 8-1 in the second round. From there Powell never looked like losing her lead. Even though Sompan tried to attack, Powell was too strong defensively. In a frantic final round Powell eased to victory by landing consecutive kicks to Sompan’s trunk. The fight ended 5-21 with Powell claiming another gold for Great Britain.

The bronze medals were shared by Lea Anais Karmely of Germany and Chaima Toumi of Tunisia.

The juniors men -51kg final was contested by Khanoghlan Karimov of Azerbaijan and Valipour. The fight exploded in to action as Karimov landed a kick to his opponents head within the first 15 secs to take a 3-0 lead. Valipour fought back late on with a punch and kick combination to the trunk to draw the scores level at 3-3. The second round was not as closely contested as Valipour took an 8-3 lead by landing a punch followed by two consecutive kicks to the trunk. From there Valipour made sure of his lead, despite receiving two gam-jeoms in the final round. A final kick to the head by Valipour made sure the gold was his. The fight ended 4-13 and meant that Iran also added to their gold from yesterday’s tournament. 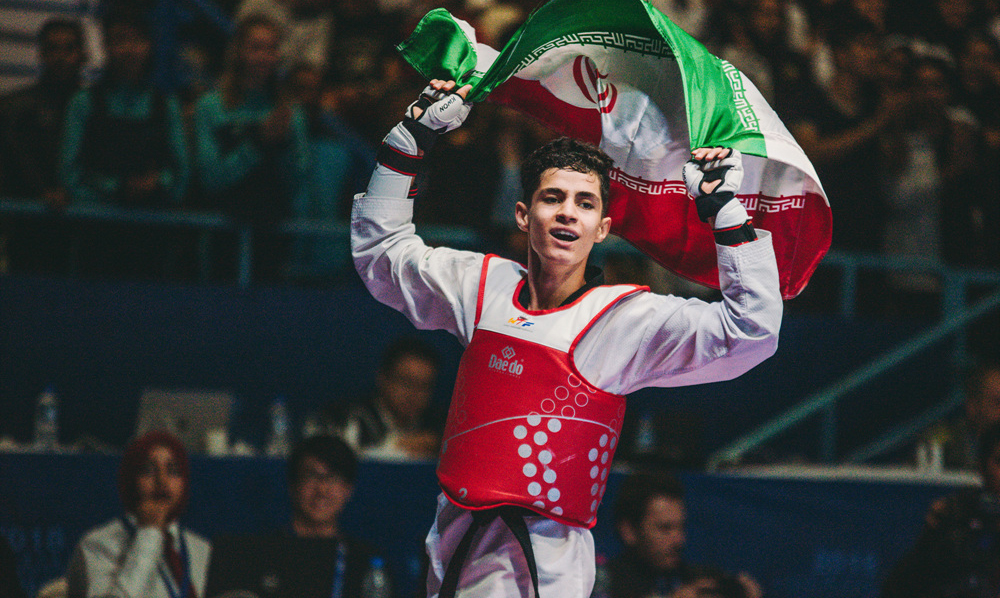 Ho fought Josipa Kafadar from Canada in the penultimate final of the day. The two athletes defended valiantly in the first round. The first score was not registered until the final 20 seconds. Kafadar went 2-0 up via a kick to the trunk protector. The second round continued in a similar, hard-fought manner. However, in the last 20 seconds of the round Ho went on the attack and landed a series of kicks to her opponent’s trunk before conceding a gam-jeom for stepping out of the boundary. Ho took a 3-6 lead into the final round. Ho landed a front kick early on in the third to make the score 3-8. Kafadar then went on the attack and successfully forced Ho into conceding four consecutive gam-jeoms. The closing stages of the fight were tense, but Ho held on to claim a 7-8 victory and won Vietnam its first gold of the tournament.

The bronze medals were claimed by Laura Goebel of Germany and Anna Kazarnovskaia of Russia. 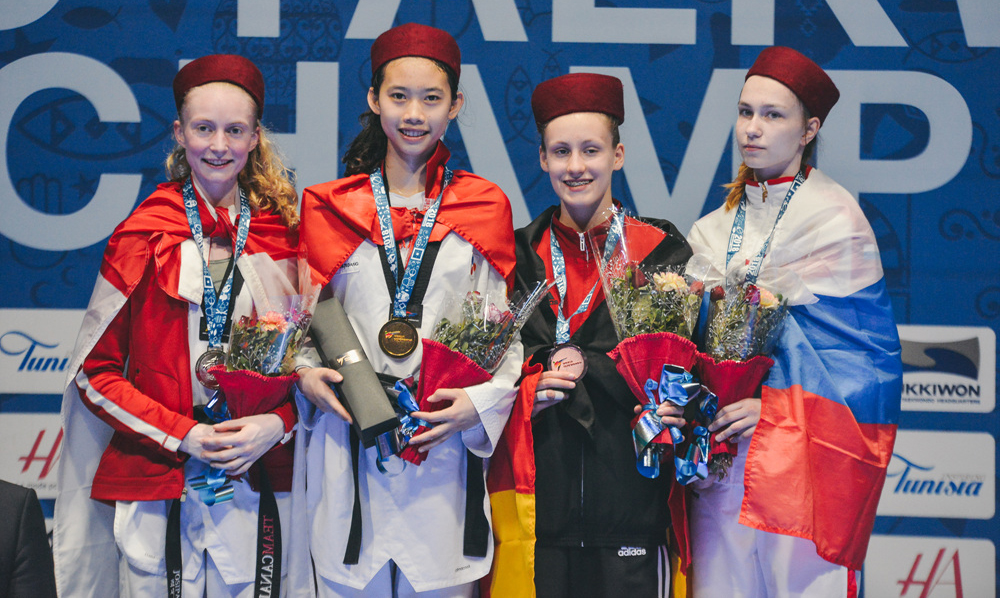 The juniors men -55kg saw Bakhtiari battle Jose Luis Acuña from Argentina for gold in what was the last final of the day. Bakhtiari started as he meant to go on by first forcing Acuna into conceding a gam-jeom and then landing a front kick to the trunk followed by another to the head. The first round ended 6-0. The second round was much more open. Acuna fought back to make the score 6-3 by landing a punch to the trunk and forcing Bakhtiari into conceding two gam-jeoms. Bakhtiari then responded by landing an impressive front kick to the head. Each fighter took in turns to land a kick to the trunk of their opponent, which made the score 12-6 at the end of the second round. Bakhtiari conceded two early gam-jeoms in the third round before landing a punch and kick to the trunk of Acuna to increase his lead to 16-8. The final stages of the fight were frantic as both fighters gave their all to claim gold. Both conceded multiple gam-jeoms for stepping out of the boundary line and being knocked down by their opponent. In the end though, it was Bakhtiari who won 20-10 and claimed gold in the last final of the day. That was Iran’s second gold of the day and third of the tournament so far.

Georgy Popov of Russia and Mahamadou Amadou of Niger won the bronze medals.