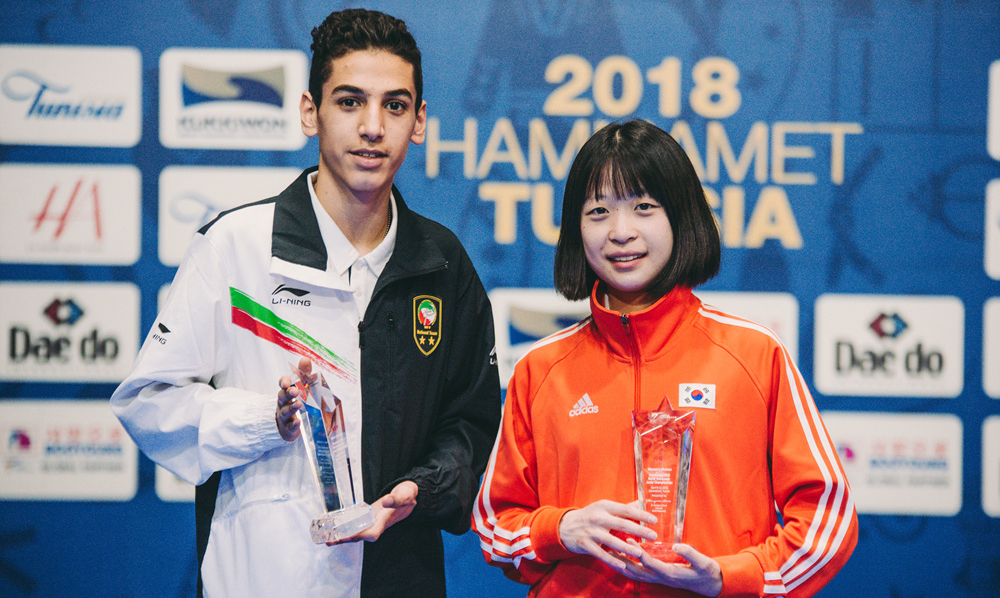 Today’s action meant that Russia topped the final junior female medal table with one gold, one silver and five bronze medals. Great Britain claimed second spot having won two golds this week, whilst Korea came third having won one of each medal colour.

The next World Taekwondo Junior Championships will be held in Sofia, Bulgaria in 2020. 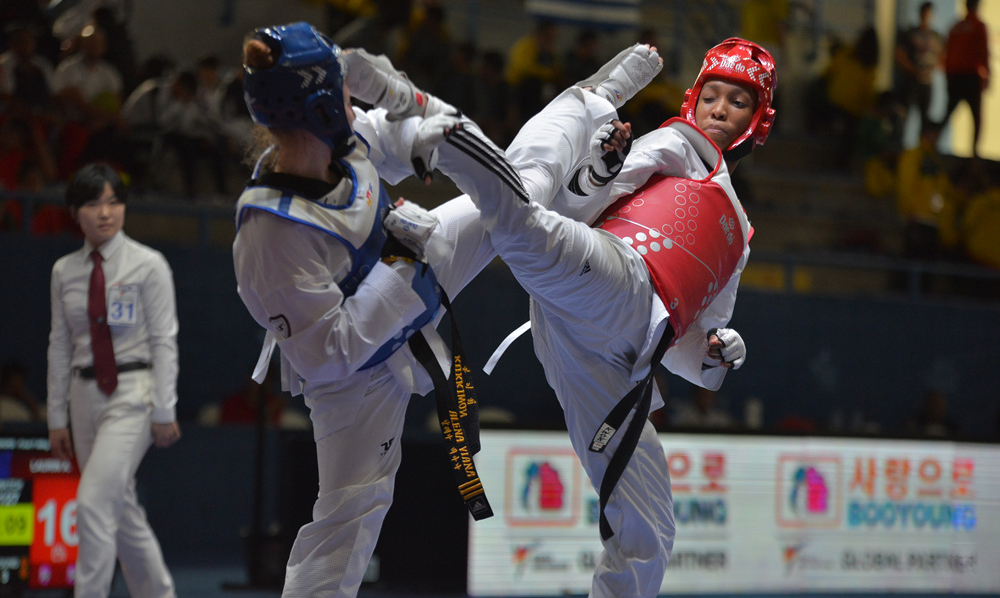 The first final of the day saw Alena Viana of the USA and Althea Laurin of France fight in the junior female -68kg. Both athletes began tentatively as no points were scored within the first minute. Laurin took a 2-0 lead by forcing Viana into conceding two gam-jeons. Laurin then extended her lead in the final second of the first round with a perfectly timed kick to the head. Laurin continued in a similar fashion in round two as she landed an early front kick to the trunk and looked to be out of sight. The final round began with the score at 9-1 in Laurin’s favour. Viana aggressively tried to reduce the deficit as she landed an early kick to the head, but Laurin remained composed and extended her lead with another three kicks to the head. Laurin claimed France’s first gold medal of the tournament by winning the final 20-4.

The bronze medals were won by Valeriia Mokeeva of Russia and Althea Laurin of France.

Mohammad Ali Khosravi of Iran and Jin-Hong Lim of Korea competed in the men’s junior -78kg final. The first round exploded into life; after 30 seconds Lim landed a powerful front kick to the trunk, but Khosravi responded by landing two consecutive kicks to the head, followed by a combination of kicks and punches to the trunk. The determination of each fighter was highlighted later in the round as both forced each other into conceding a gam-jeon for falling to the ground. Round one ended with Khosravi 13-8 up. Early in the second round, Lim reduced the deficit by landing a kick to the trunk. Both fighters then landed multiple kicks and punches to the trunk in an entertaining ten second spell. The score after round two was still incredibly close at 24-17 in Khosravi’s favour. However, in round three Khosravi proved far too strong. He landed three consecutive kicks to the head to put the fight out of reach. Lim bravely tried to fight his way back into contention, but in the end it was all in vain as Khosravi extended his lead to 20 points with another series of kicks to the head. The fight ended 41-21 and Khosravi won Iran’s seventh gold of the tournament. Iran claimed seven of the available ten golds in the junior male categories.

Kristina Adebaio of Russia and Wenzhe Mu of China contested the penultimate fight of the tournament. Each fighter was very cautious and defensively strong in the first round; neither wanted to give anything away. Adebaio scored the only point of the round with a punch to the trunk. The fight then looked to come alive in the early stages of the second round as Adebaio landed a well-timed kick to the head to put her 4-0 up. Mu responded admirably with consecutive punches to the trunk. Both fighters were in with a chance of winning gold with the scores incredibly close at 5-3 in Adebaio’s favour going into the final round. Mu then levelled the scores early in the third to create a nerve-racking, yet exciting, final minute. However, it was Adebaio who claimed gold as she landed a punch followed by a front kick to the trunk. The fight ended 8-5 in Adebaio’s favour.

Chieh-Yu Lin of Chinese Taipei and Isabeau Van Droffelaar of the Netherlands won the bronze medals.

The last final of the tournament was fought between Emre Kutalmis Atesli of Turkey and Meng-en Lee of Chinese Taipei. Asteli developed a 3-0 lead with consecutive punches to the trunk after 30 seconds. Asteli looked to go into the second round with a bit of breathing space, only for Lee to close the gap in the dying seconds with a kick to the trunk. The second round began with intensity as both fighters landed kicks to the trunk within 20 seconds. Lee then closed the gap to just two points with another kick to the trunk. Both fighters were still in with a chance of gold in the final round of the tournament. Asteli looked to claim victory with a punch to the trunk, but Lee responded immediately with a kick to the trunk. Asteli found himself one point up with 20 seconds to spare. Asteli remained composed and defensively strong to narrowly win the fight 9-8 and claim Turkey’s first and only gold of the tournament.

The bronze medals were claimed by Nima Mehrali of Iran and Patrik Pereira Cardoso of Brazil.