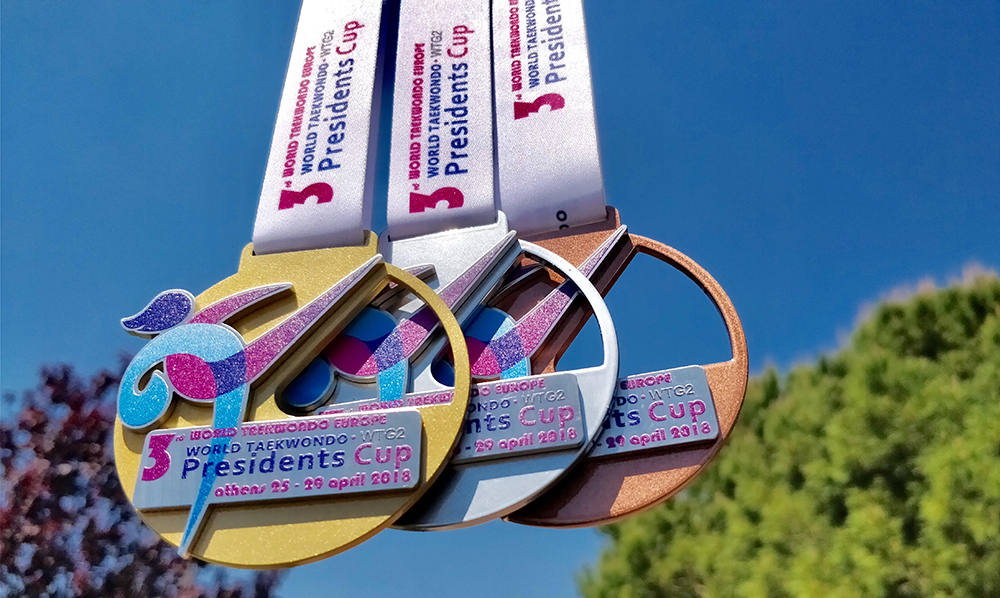 As a result, the 2018 version of the tournament attracted 2500 international athletes from 63 countries and 5 continents, 586 clubs and 710 officials and proved to have the competence in record-breaking.

It is worth mentioning that, during the first three hours of the opening of the registration on 20 February 2018, 1500 registrations were made according to the Online Event Registration Overview something that endorses the great enthusiasm of the public in partaking to the superior event.

The innovating event made its debut in the European continent during 2016 in the city of Bonn in Germany and one year later in Athens, Greece and was included in the 2017 Top 3 Ranked Events by athletes’ participation.

Nevertheless the fact that it was a brand-new tournament among its existing ones, the WT President’s Cup achieved to be established between the Taekwondo continental unions at forthwith.

The milestone of the G-2 Tournament success was the innovation that all the medalists from all three (3) competition categories were automatically qualified for the European Taekwondo Championships of the respective age category.

The supremacy of the event is highlighted again this year by the participation of top-class Taekwondo athletes who will be present at “Ano Liosia Olympic Hall” in Athens two weeks prior the WTE European Championships in Kazan, Russia. Athletes who managed to achieve places on the winners’ podium during the Olympic Games, World and European Championships.

Also, the Russian holder of the Silver Olympic Medal in Rio 2016 and Bronze in London 2012, Alexey Deniskenko will give his present with the Azerbaijani Beigi Harchegani Milad who won the bronze medal in the Olympic Games 2016 and the title of the European Champion in Montreux during the same year (2016).

Hence, forty-eight hours prior the 3rd WT President’s Cup 2018, the organizer World Taekwondo Europe (WTE) and the supporter South Greek Taekwondo Union (ETANE) of the extraordinary event are ready to welcome all the athletes at “Ano Liosia Olympic Hall” in Athens during the dates 25-29 April with one major goal∙ to create a memorable experience to all the contestants and audience.