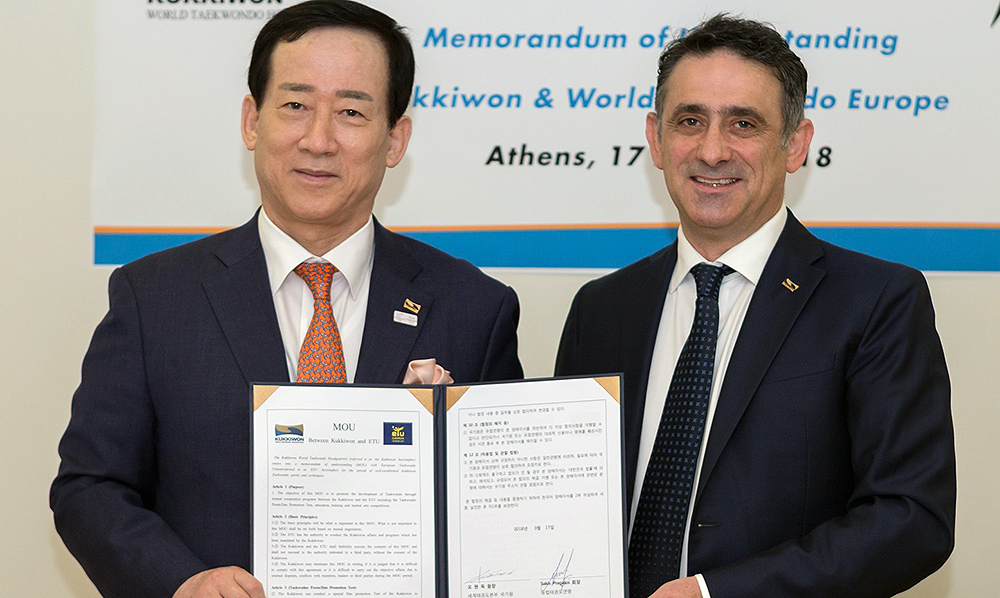 The President of World Taekwondo Europe and the President of Kukkiwon Oh HYUNDEUK signed the MoU in the signing ceremony that was realized at the premises of WTE in Athens, Greece.The MoU aims to promote the development of Taekwondo through mutual cooperation programs between Kukkiwon and WTE, including the Taekwondo Poom/Dan Promotions Test, education, training and martial arts competitions.

“It is the first time that Kukkiwon signs such an MoU in Europe. Through this partnership, all Taekwondo diplomas and certificates will be issued directly in Europe, and the organization of high quality taekwondo events will embrace a common ground for both parties”, stated the President of World Taekwondo Europe Sakis Pragalos.

The President of Kukkiwon Oh HYUNDEUK added: “Kukkiwon is the World Taekwondo Headquarters, and WTE has the most of member nations among continental unions. Olympic Taekwondo has been developing only since 2000 Olympics, so Kukkiwon wants to spread out the function of martial arts through “Hanmadang” which could attract the whole of Taekwondo such as self-defense, Jump-kicking, Taekwondo Aerobics and so on. This MoU will contribute in developing the authentic Martial Arts Taekwondo in Europe, and I hope it will be a good opportunity for cooperation between Kukkiwon and WTE.” 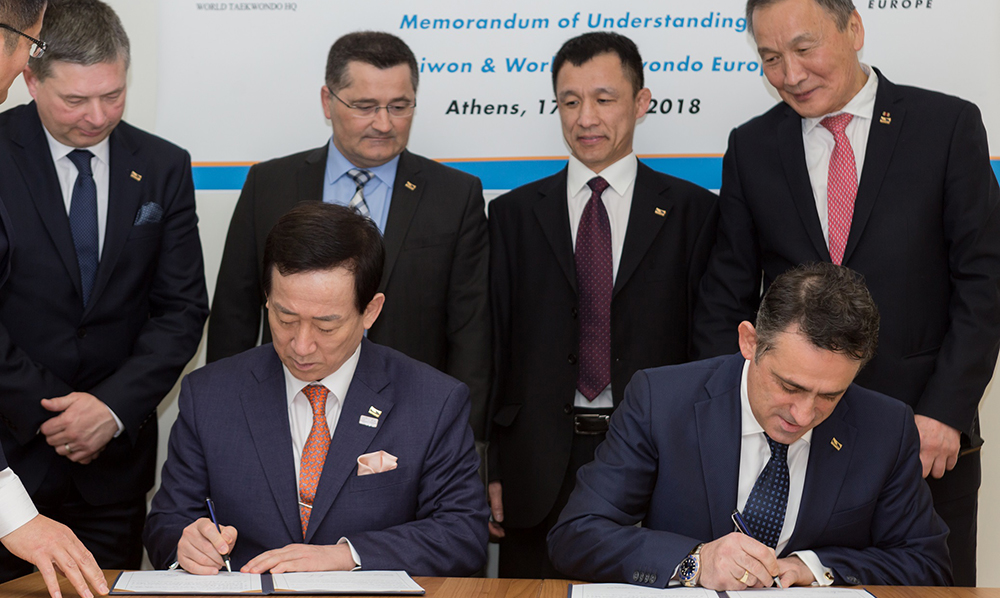 Part of the MoU importance in Europe is demonstrated through the organization of two of the biggest and significant events this spring in Greece. Firstly, the WT President’s Cup Europe 2018 from 25-29 April 2018, where 3,000 participants will be present at the Olympic Hall in Athens, establishing it as one of the largest taekwondo tournaments in the world.

Secondly, the World Taekwondo Beach Championships, which will be realized 25-28 April on Rhodes island. The championships are co-organized by WTE and will also be broadcast on the Olympic Channel and via EBU to all Europe.

World Taekwondo Europe Secretary General Michael Fysentzidis noted: “The signing of the present MoU and the organization of high quality taekwondo events, instigate a great part of our main objective; the development of Taekwondo. The sum of our actions during the last years, mainly focused on the integrated promotion of the sport around Europe, has already begin to flourish, considering that these two events that are hosted in Greece this year, have already been established as landmarks for the taekwondo community globally.”