One of the biggest and most prestigious events in the world will be celebrated once again, just like it has been doing for well over a decade in the High Performance Training Facility CAR La Loma, in the city of San Luis Potosi, Mexico from March 25th running through until April 1st 2018.

Taking as a parameter the 12 previous editions, approximately 2,500 athletes and 4,000 spectators from about 25 different countries are expected to participate in the training camp as well as the Poomsae and Sparring competitions during the World Taekwondo Open.

Poomsae with one of the best

The 2018 edition will feature a poomsae training camp, which will be run by one of the best in this category. The triple World Champion, Kim Jeong Cheol, 9th Dan and Spanish National Team Trainer.

For “Poomsae” as for “Sparring” the camp will feature 22 hours of intense training, which will be manly focused in High Performance Training. The participation of several National Teams, as well as State Teams and University Teams is confirmed. 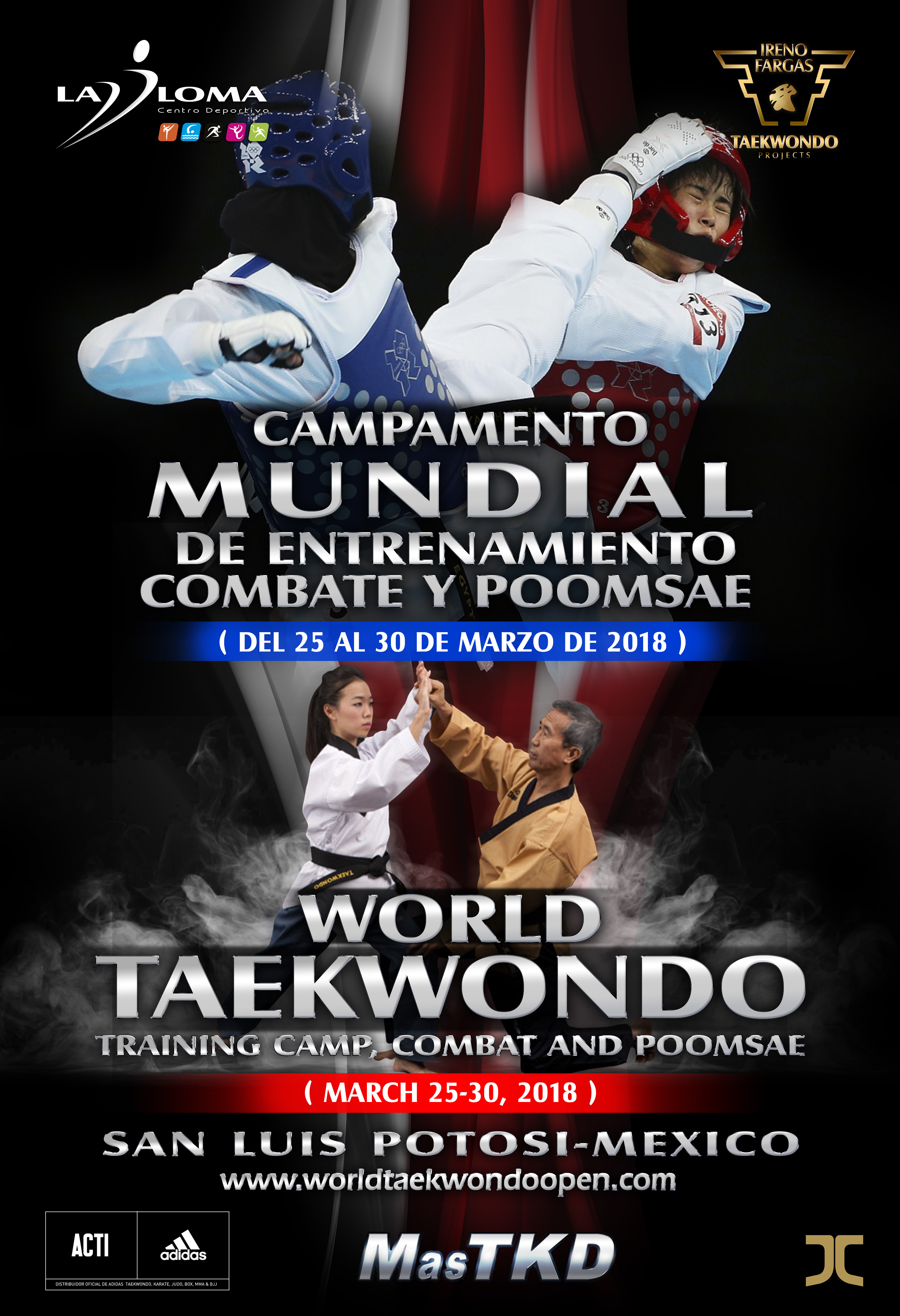 Groups within the Training Camp 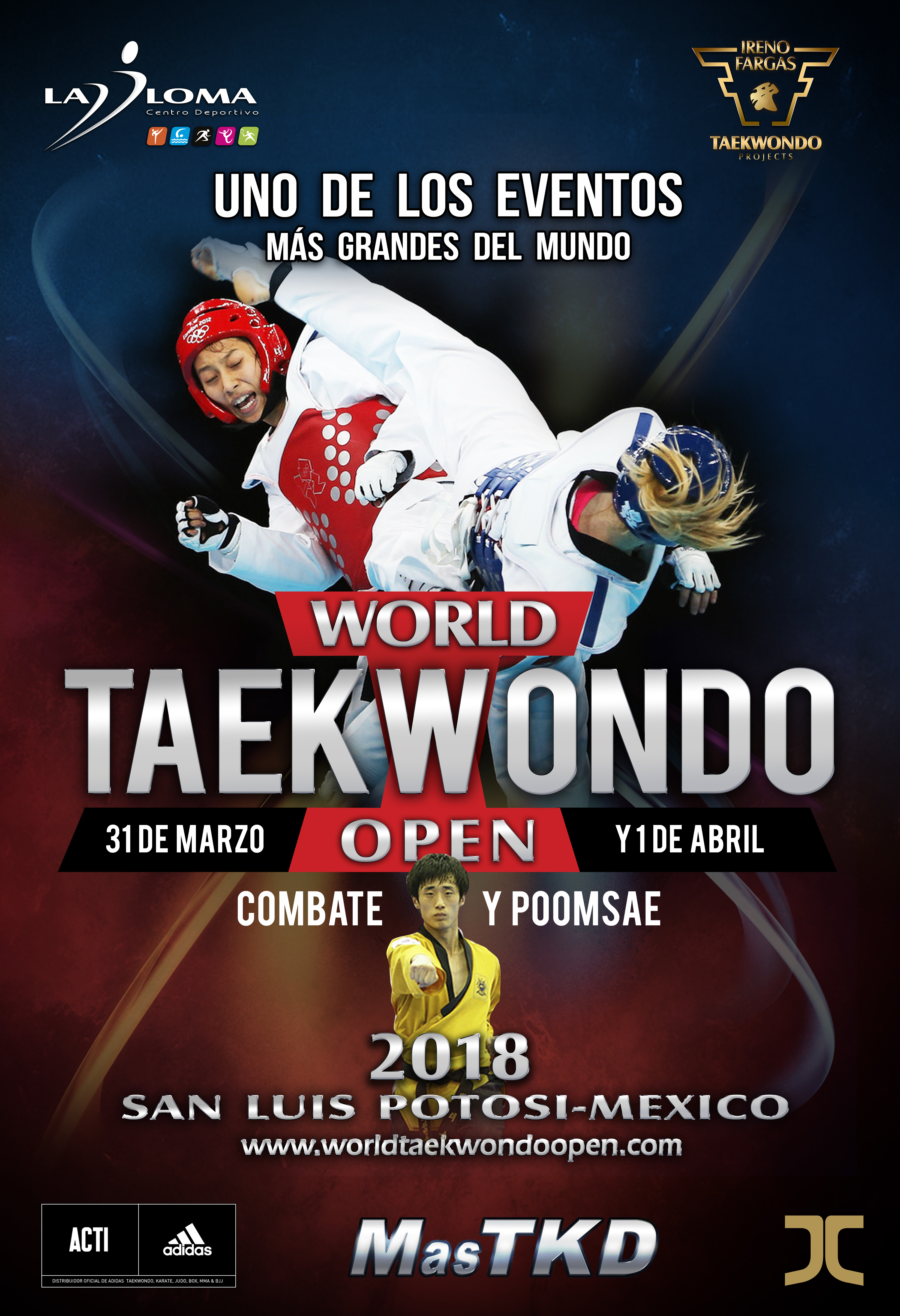 Training Camps designed for your success 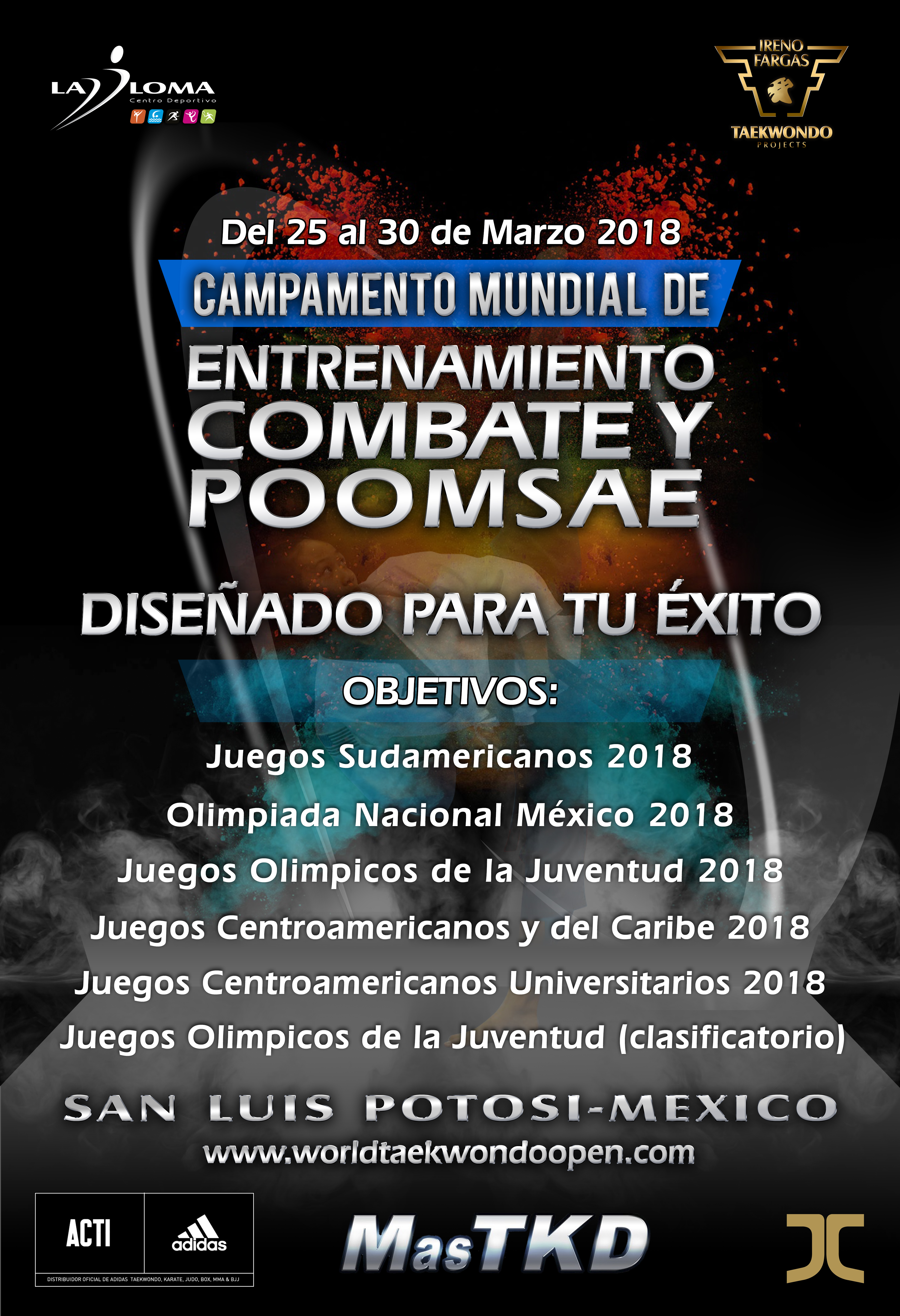