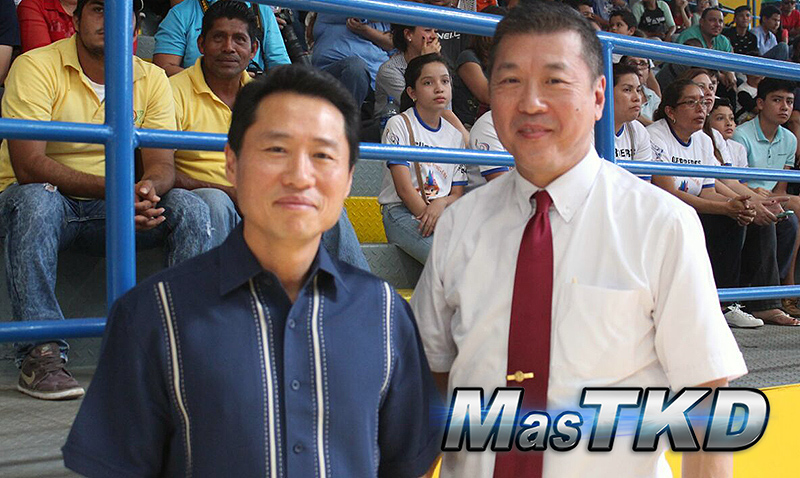 Wah, of 63 years old, took the position of Myung Chang Kim, who leaved his mark with a good job, and strong bonds with the referees of the region for the ten years in that position.

“If you haven’t heard already, I will no longer be the head of referees of PATU. I have stepped down so that others can receive the opportunity of bringing new ideas to the community of referees of PATU. I do not leave the position with sadness, but with pride,” says part of an extended message from Kim, posted on his Facebook wall along with 17 photos.

PATU responded on behalf of secretary general, Rick Shin, before being consulted by MasTKD, to confirm the version.

“Eric was elected by the PATU team and by the president Ji Ho Choi. Eric is a hard-worker, has good ethics, and demonstrates justice for our sport,” says Shin via text message.

MasTKD.com was able to talk to Wah and he expressed his joy for this new phase.

“I have much respect and fondness toward Myun Chang Kim, we worked together, and that is why we will continue working under the same base that he formed. But it is my interest to work aspects like training and actualization for referees in the Pan American region,” said Wah.

Eric Wah was born in Hong Kong, but when he had 18 years old he moved to Canada, where he was introduced to taekwondo, and he has been in love with the sport ever since.

He took this new position with the experience of two years as referee chairman of Alberta, head of referees of Canada for 8 years, and member of the referee committees of PATU for 7 years.