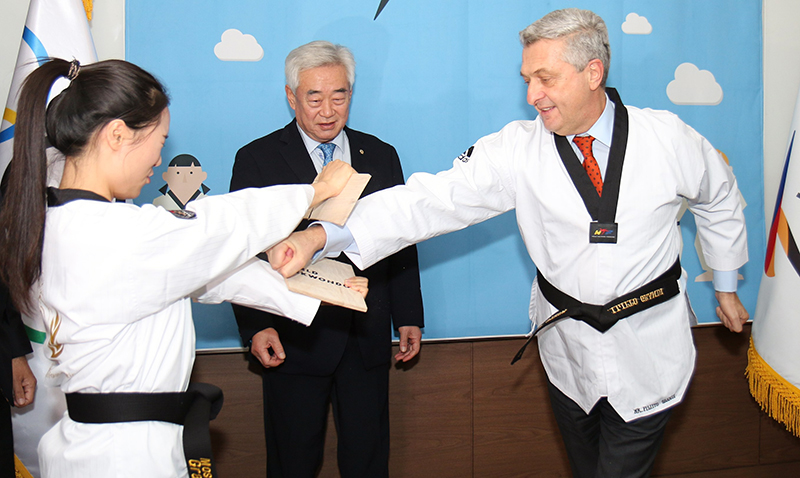 In fact, the two organizations had much to discuss. World Taekwondo’s in-house World Taekwondo Cares program, or WTCP, and its Lausanne, Switzerland-based charity initiative, the Taekwondo Humanitarian Foundation, or THF, are active helpers of refugees and displaced persons worldwide. The UNHCR signed a memorandum of understanding with WT in 2016. The UN body has assisted the THF by granting access to UN-overseen refugee camps and by offering other support inside the camps.

“Thank you for the cooperation that UNHCR has been providing us,” Choue said. “You have granted us access to the refugee camps, and have assisted with the management of our programs within the camps.” 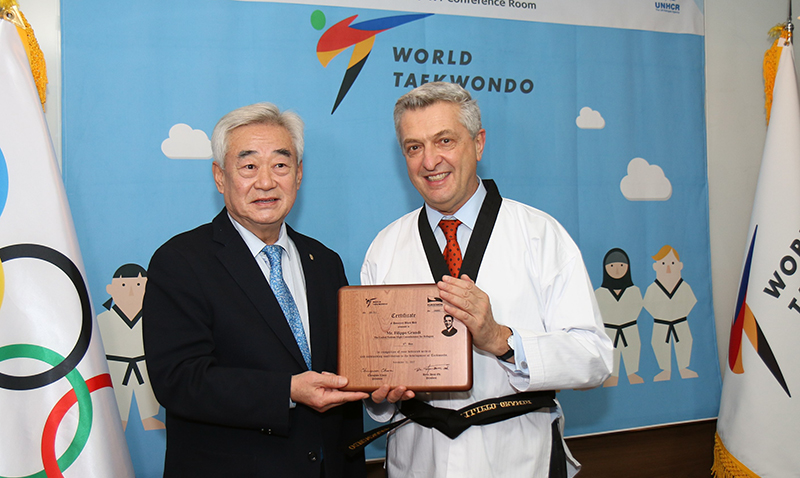 “For refugees, uprooted from their homes and countries, sport helps provide focus and stability as they strive to rebuild their lives. It also proves a common language that helps build connections with local communities. Taekwondo has brought immeasurable benefits to many children and young refugees and is an economical and sustainable sport that has an important impact on the well-being of refugee communities,” Grandi responded.

Taekwondo requires no bats or balls, nor pitches or pools, just the human body. Considering this advantage, WTCP and THF have given positive influence by teaching the sport in refugee camp and earthquake disaster zones under the slogan “Empowering the Powerless.” Refugees and displaced persons have embraced the broad suite of benefits – health, fitness, self-defense and self-belief – provided by taekwondo training.