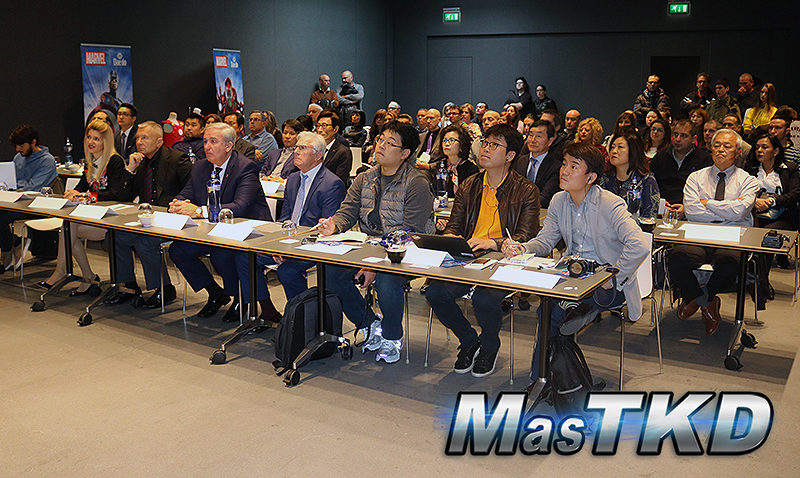 The Renaissance Barcelona Fira Hotel was the venue chosen by Chuen Wook Park (president of Daedo International) to present this innovative news, where important international Taekwondo authorities were present such as members of the Executive Council of the World Taekwondo Federation (WT) Jesus Castellanos of Spain and Anatoliy Terekhov of Russia. 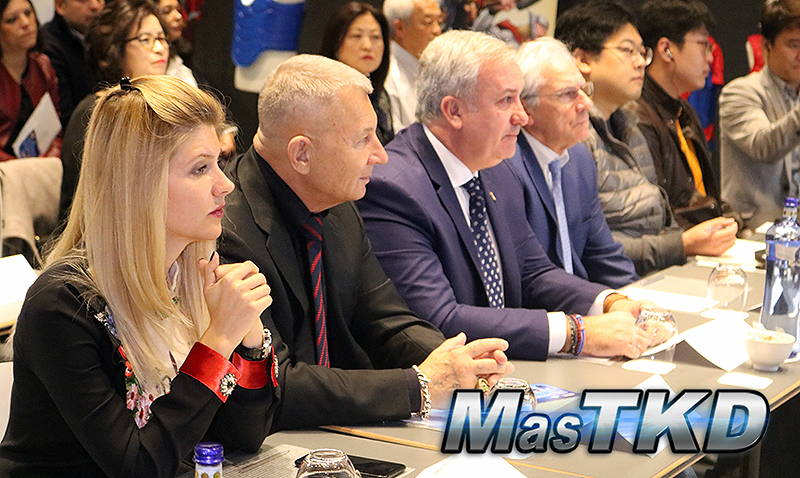 There were also a large number of Daedo distributors, a brand that continues to be positioned as the undisputed market leader in Ciudad Condal.

Chuen Wook Park, gave the welcoming words in what looked much more like a Taekwondo assembly than a commercial release and immediately presented Brian Kim, head of Global Marketing in Daedo, who plunged directly into the subject and said: assured:

“We are eager to show you the first line of our Marvel collection.” 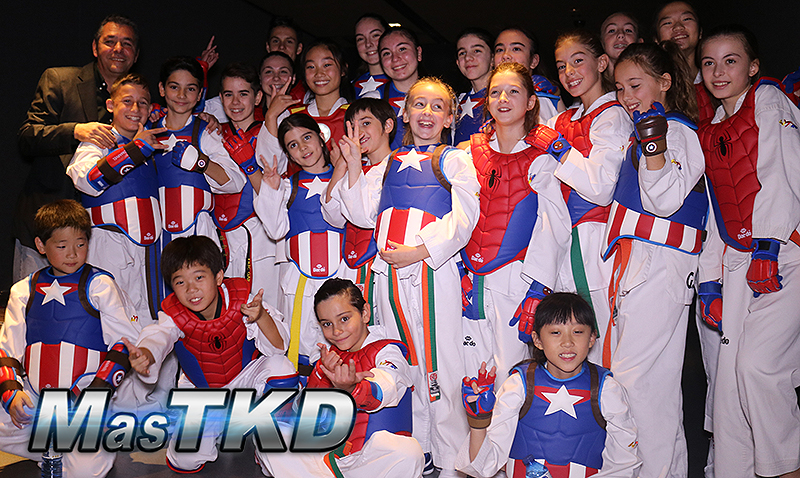 Build a better planet for children

Daedo and Disney joined forces to promote practicing Taekwondo among children. It is as a result of that philosophy that the agreement was reached to create sports equipment to make Taekwondo more dynamic and fun for children.

The way that both companies found to develop the strategy was with Marvel. The legendary brand of superheroes like Hulk, Captain America, Iron Man or Spider Man.

“This has been possible because both Disney and Daedo have a common goal: to build a better planet for children,” Daedo‘s global marketing chief Brian Kim said. 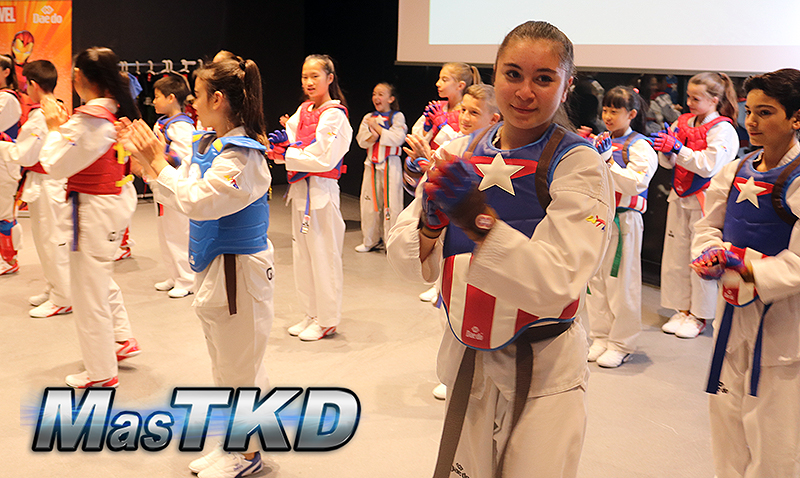 Despite the innumerable benefits of Taekwondo for children, in most cases children drop out because the training sessions are very rational and not very emotional.

One of Daedo´s is goal is that, through playing children feel real superheroes and spend their childhood in Taekwondo classes without getting bored.

The target for these innovative products is children ranging from four to twelve years old. 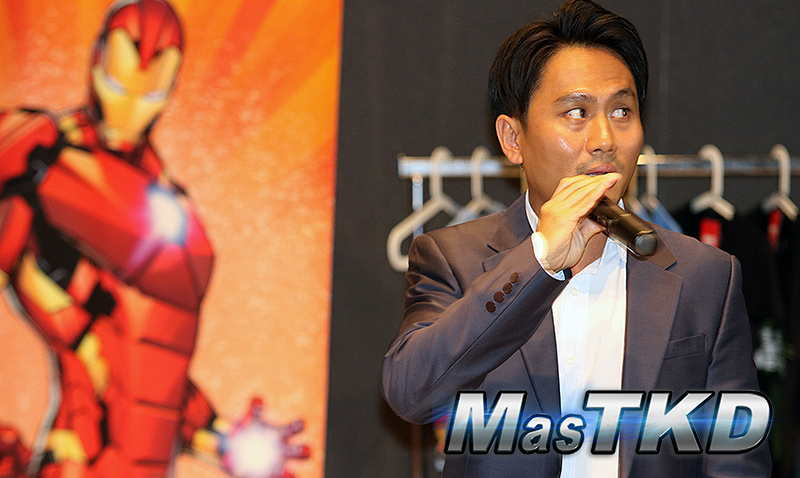 In the official presentation, the public could see that Iron Man’s breastplate is electronic and has the Arc Reactor.

At first this does not mean anything, but both children and adults are dazzled when the breastplate lights up when scoring a point. 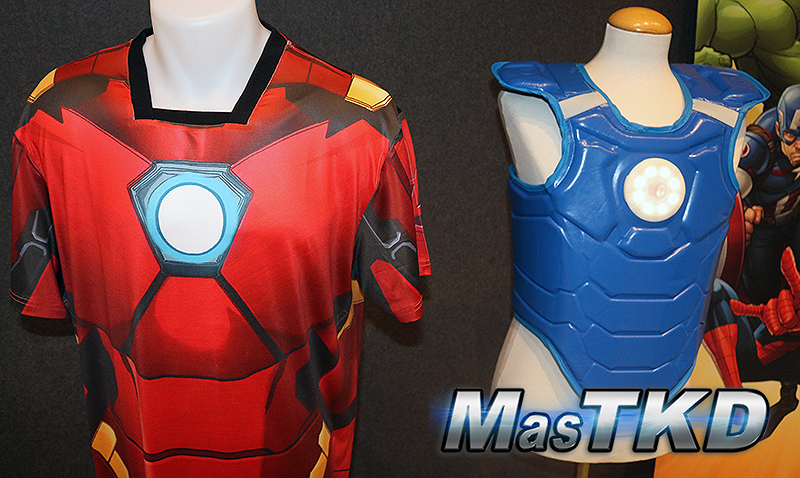 But beyond the presentation of the innovative way to attract children to Taekwondo, Daedo decided to create a revolution directed in two lines: fight against piracy and creation of Marvel events.

The Marvel-Daedo items will bring a label with the scannable logo of each superhero.

When people position the camera that will read the code, it will begin the verification process that lasts a few seconds, and if the object is authentic, a text will appear on the screen: the authentication of superheroes has been successful.

In the case that the product is false, the screen will say: failure of superhero authentication. 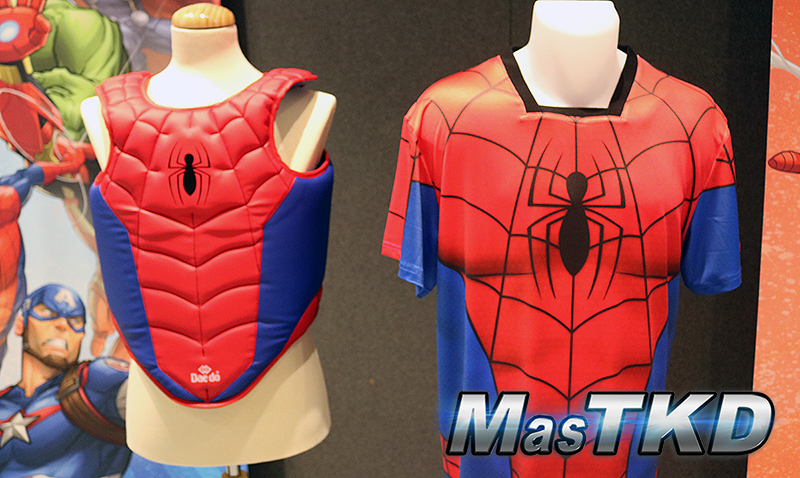 The second Daedo´s revolutionary strategy goes through the organization of events with Marvel. Details were not announces yet. 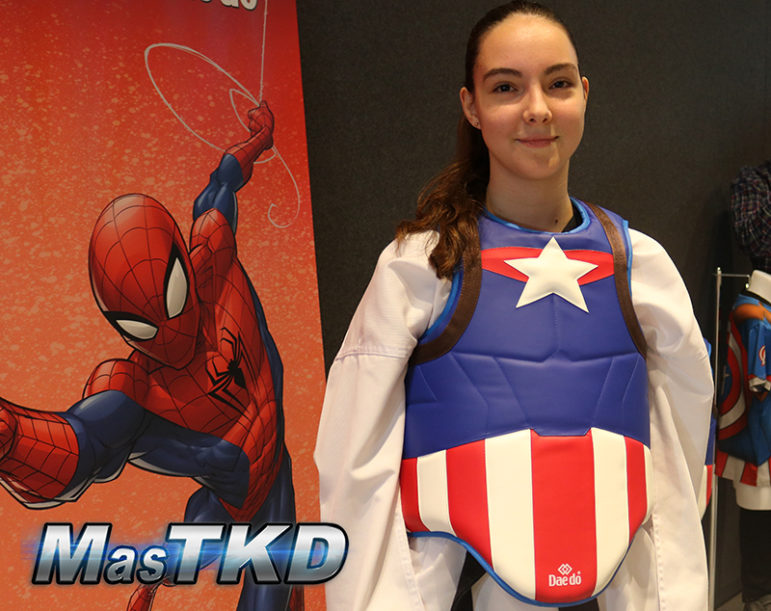 Beyond the enthusiasm of young and old for Marvel and his passion for Taekwondo, Daedo explained why Marvel was chosen.

According to Brian Kim, Global Head of Marketing at Daedo, the values of Taekwondo are closely linked to those of the Marvel characters.

“Superheroes are great and kind (courtesy), fight for justice (integrity), survive in extremely difficult situations (perseverance), have an exceptional capacity for mental concentration (self-control), never give up or are defeated (indomitable spirit) ),”Kim said.

This is the first time we watch a launching in Taekwondo similar to that of the latest smartphone events and we consider this kind of initiative gives Taekwondo added value.

Prices are not available yet and official lauching date is estimated for early 2018. 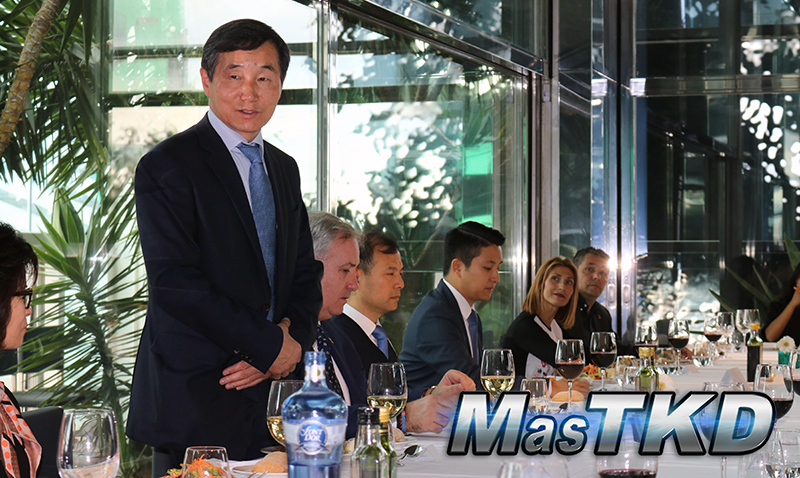 The presentation ended with a lunch that Chuen Wook Park offered for all attendees in the restaurant of the same hotel.