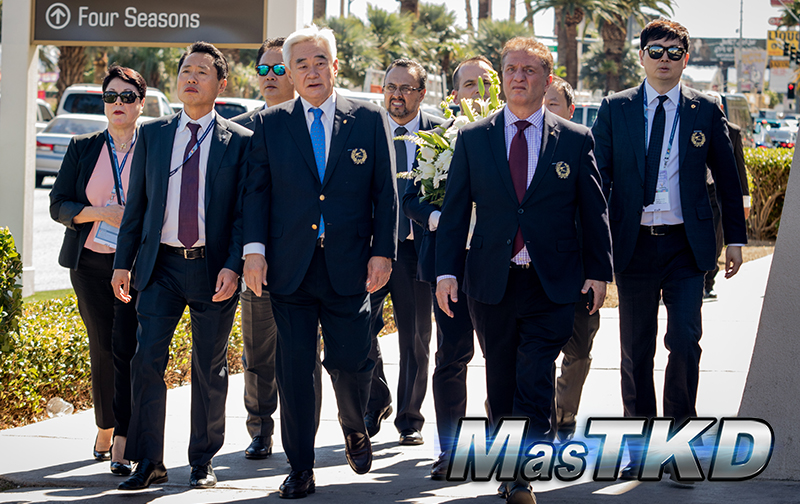 On the evening of Oct. 1, a gunman opened fire on a crowded music festival in the city, killing 58 persons and wounding hundreds in what is being dubbed “the deadliest shooting incident in recent U.S. history.”

A WT-branded card accompanying the wreath read, simply, “Family.” Choue also left a personal message in a memorial book at the scene; the book will later by reproduced and a copy given to all affected families.

The delegation was briefed on the details of the tragedy, and preliminary plans for a memorial, by a local official. “The worst of humanity bought out the best,” he said, noting how passers-by assisted in the evacuation of the wounded and dying. 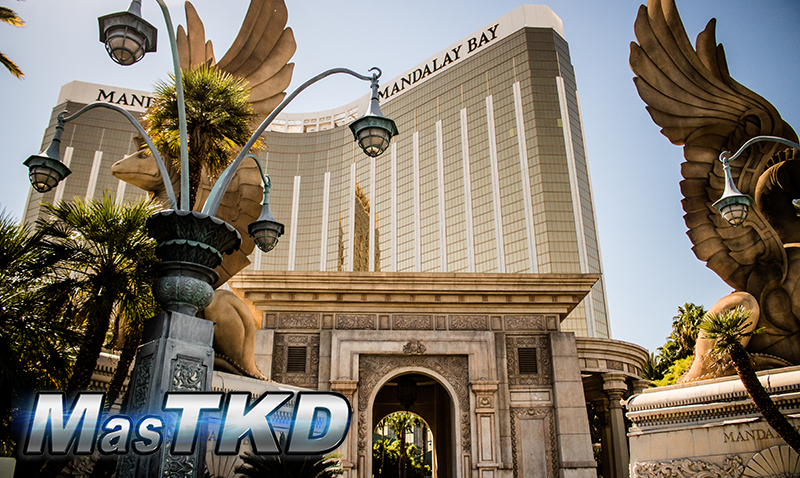 “We laid a wreath on behalf of Taekwondo practitioners across the United States, across the region and across the world,” said a somber Choue. “The world Taekwondo family extends its deepest condolences to all victims and to their family members, and joins them in their grieving.” 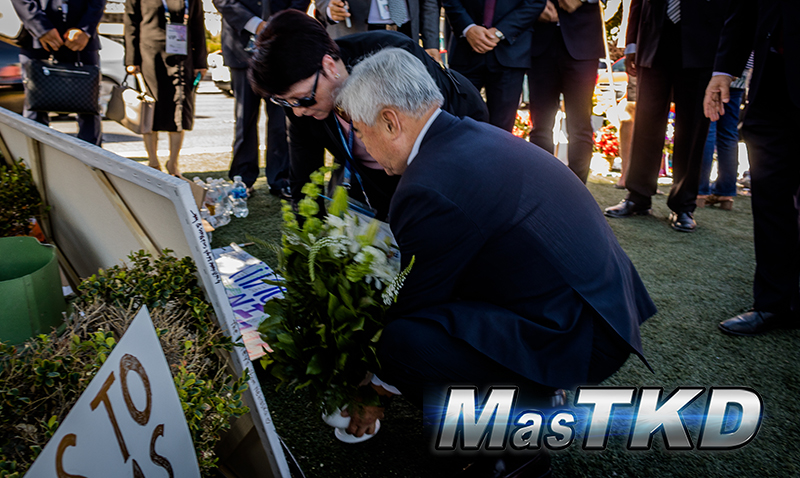 Choue was in town for the Pan American Region President’s Cup tournament, which takes place in Las Vegas from Oct. 5-8. 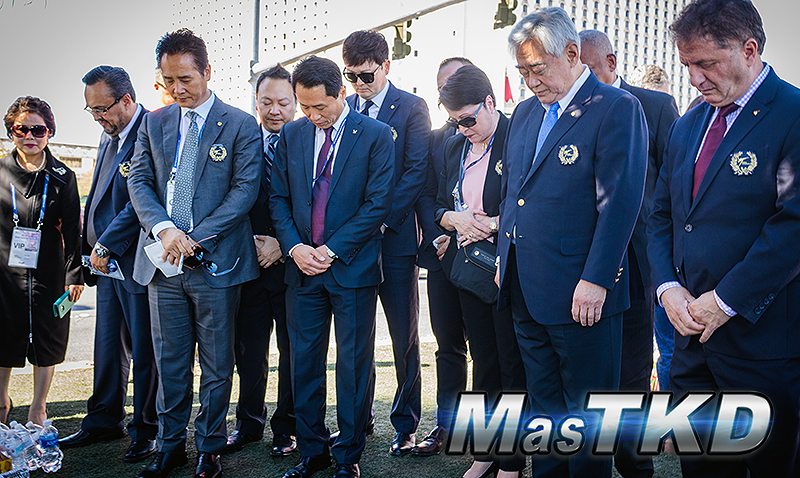