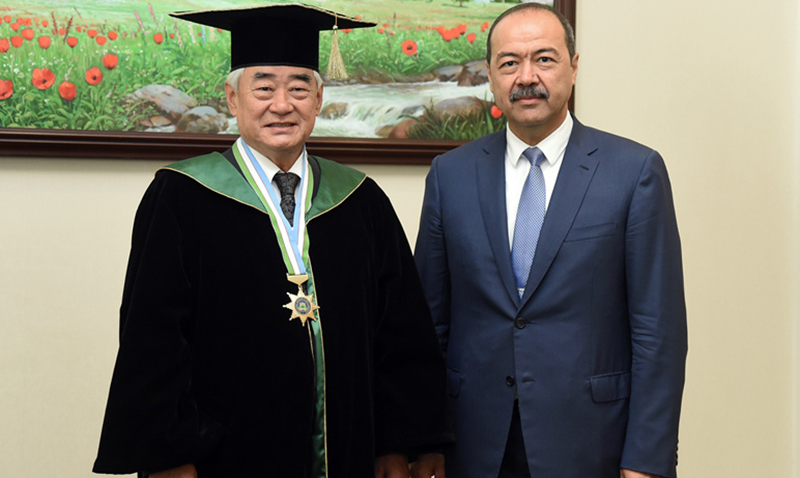 The awards took place against the backdrop of Tashkent hosting the 1st World Taekwondo President’s Cup – Asian Region, which takes place from Aug. 11 to 13.

“I was delighted to present President Mirziyoyev with an honorary taekwondo black belt, that honors his continued support for the development of taekwondo in Uzbekistan,” said Choue. The WT head requested the president take an interest in the Taekwondo Humanitarian Foundation (THF) that empowers refugees, displaced persons and orphans worldwide with the gift of Taekwondo. 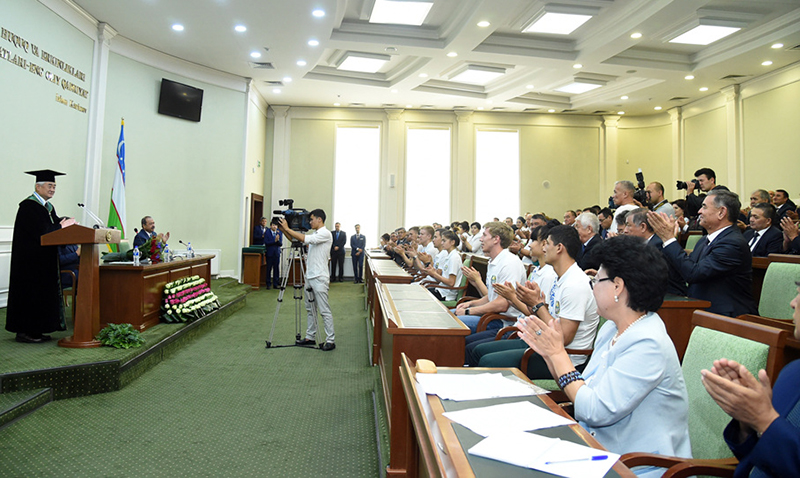 “Academic Young-seek Choue, father of President Choue, led the creation of the ‘U.N. International Day of Peace,’ and President Choue was granted an honorary doctorate from the National University of Uzbekistan due his great leadership and peaceful spirit in the sports world,” said Mirziyoyev. “The National University of Uzbekistan will run a Taekwondo major and this class will start in October of this year.” 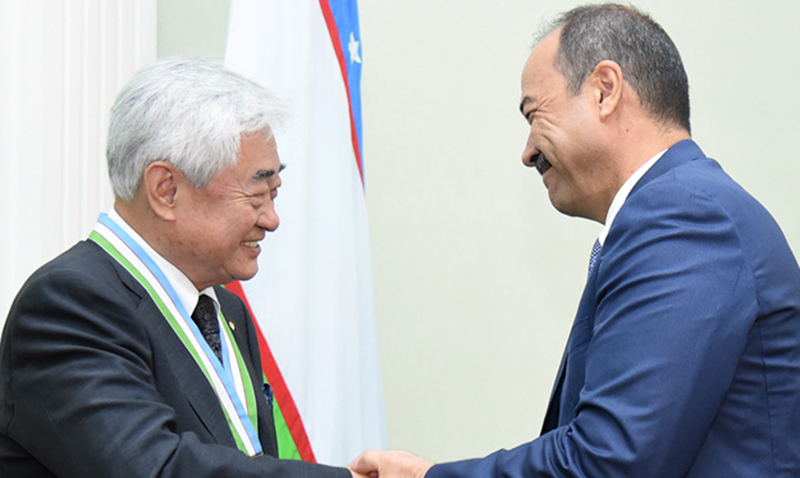 Earlier, Choue had been granted the honorary doctorate from the National University of Uzbekistan, and also been made an honorary citizen of Tashkent by Uzbekistan Prime Minister Abdulla Aripov. The ceremony took place at Tashkent City Hall in the afternoon of Aug. 10 in consideration of Choue’s support for the development of Taekwondo in Uzbekistan. Mayor of Tashkent Usmanov Rahmonkul and Minister of Education Madjinov Inom attended.