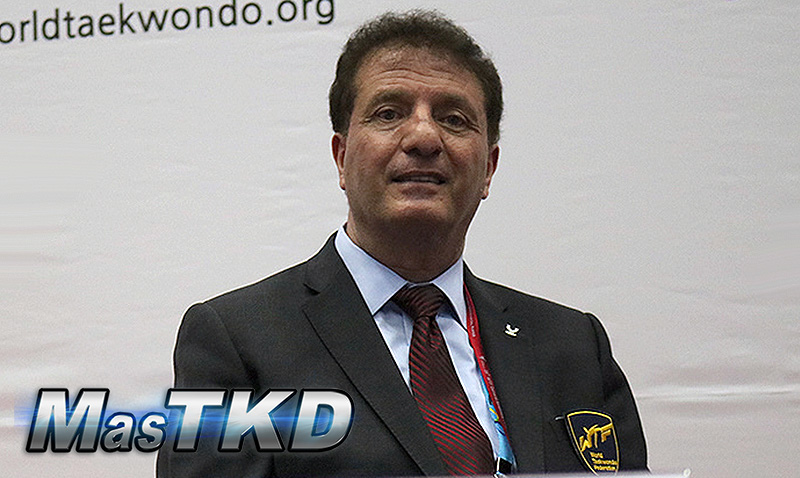 Although he´s been involved with Taekwondo for almost a decade, Rafaty always managed a low profile and didn´t make any covers on the specialized media.

For two years he has held the position of Secretary-General of the WT, and his exposure inevitably increased.

He agreed to talk with MasTKD.com and we are glad to share with you our conversation:

Mr. Rafaty thank you very much for your time to talk with us.   First of all we would like to know how and when you started your relation with the World Taekwondo.

I was introduced to Dr. Chungwon Choue in the summer of 2007 in Los Angeles. During that meeting Dr. Choue invited me to become part of his team and asked me to go to Seoul, South Korea the very next month. After my trip to Korea, Dr. Choue appointed me as his Special Assistant and that was my first position at the World Taekwondo.

Before being involved with the WT, what was your perception of our sport?

Before joining WT, I was a taekwondo practitioner in ITF style and a student of taekwondo pioneers in the United States such as GM Nam Te Hi, GM C K Choi, GM Cho Sang Ming, GM Kong Young Il and GM McNeely. To me taekwondo is a way of life. Once the philosophy of Taekwondo gets into your DNA it influences everything you do.

To me taekwondo is a way of life. Once the philosophy of Taekwondo gets into your DNA it influences everything you do.

We were present at your appointment as SG during the World Championships in Russia 2015. What were your first challenges in that position?

Before assuming the position of SG of WT, I was Special Assistant to the President, Chairman of the Expansion Committee and President of WTF International Foundation; therefore, I was well versed on the issues and challenges taekwondo and other sports in the Olympic Games faced. In my opinion, one of the greatest challenges is making sure all athletes regardless of their nationality, race and gender, have the opportunity to be part of the Olympic movement despite geopolitical rivalries. In today’s world many young athletes are finding themselves displaced due to wars and other issues, that is why our President created the Taekwondo Humanitarian Foundation (THF).

We have seen the success of our President’s vision in the participation of several refugee athletes in our beloved sport.

Another great achievement of Dr. Choue’s vision is that after years of hard work taekwondo was included in the Para-Olympic Games. All of these successes are the product of WT efforts in creating an environment of transparency, efficiency, good governance and good communication at all levels.

Two years later, what is your balance?

Two years in the job, I have the satisfaction of being part of a great team that has been awarded the distinction of being International Federation of the Year last year by the organization of Peace and Sport based on the many accomplishments under the leadership of our president Dr. Chunwong Choue. It is very humbling to be part of a movement that is bigger than all of us and that has so much potential to influence humanity and sports.

It is very humbling to be part of a movement that is bigger than all of us and that has so much potential to influence humanity and sports. 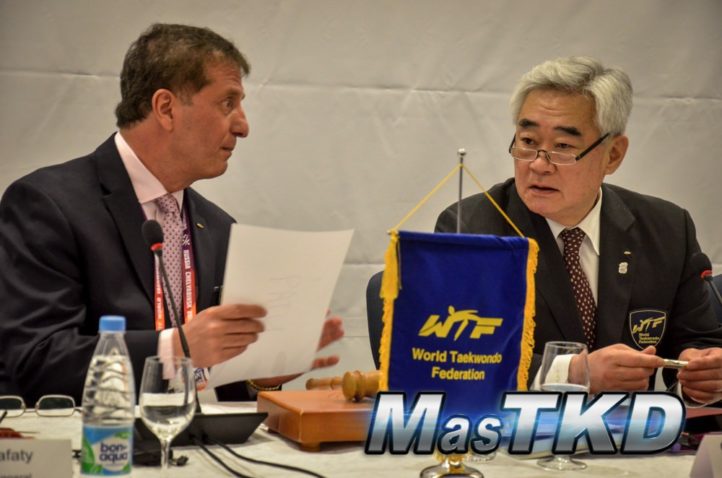 During the 10 years that, in one way or another, you worked within the WT, what were the improvements at the sport organization and what is still pending?

As mentioned above the creation of THF, the inclusion to the Para-Olympic Games, the creation of an athlete ranking system, the pursuit of fair play through electronic protective equipment that takes the human error out of the judging, the improvement of the rules and regulations to the spirit of taekwondo, and the creation of the Global Membership System (GMS) that builds a world wide data base with the purpose of understanding the population of practioners throughout each country, each continent and the world so the WT can focus its resources and efforts where most needed. What lies is our continuous effort to improve. We will continue to employ better equipment, better technology and better judgment to improve our beloved taekwondo.

What has to happen to make Taekwondo a sport definitely integrated to the Olympic circuit?

The hard work of WT team and the President’s innovations, ideas and relentless hard work toward the betterment of taekwondo created the successes that are making taekwondo an exciting and dynamic sport in the Olympic circuit.

There is a lot of talk about how important the TV is for Taekwondo, and how the competition rules have been changing so that the media around the world can incorporate it into their programming, but, what do you think that a viewer could see a kick apparently valid, but that did not generate score and cannot be claimed?

During the Olympic Games in London the organizing committee created a video that was constantly viewed by audience and spectators. The video educated the audience by explaining the rules and regulations of the Taekwondo game. As a matter of fact I met a couple riding the subway at the time. When they found out I was part of WT they told me that the day before they were in the TKD venue and that initially they did not understand what was going on but through the education that was provided by the video they got very much into it. They described how they ended up sitting at the edge of their seats with excitement. So the answer to your question is that we need to educate the viewers more a more about the sport in order for them to enjoy it.

So the answer to your question is that we need to educate the viewers more a more about the sport in order for them to enjoy it.

There is a perception that communication between the WT and the MNA´s has improved a lot lately. What is the reason for this?

This is due to the relentless efforts of our President and his focus on better service and better communication. These efforts have definitely paid off and I am pleased to let you know that WT will continue to build on these efforts.

How do you visualize Taekwondo in the next Olympic Games?

In Tokyo we have a new challenge due to the inclusion of Karate as one of the five sports recommended by the host country, therefore we are working very hard to make sure that we display our sport in the most organized, transparent and exciting way.

What is your message for the entire Taekwondo community around the world?

In my life I have been a successful businessman and God blessed me with a good family and good health. Serving in Taekwondo is my way of giving back to society; therefore I see myself as a servant of taekwondo and as such I encourage every member of our family to feel free to contact me with their ideas and suggestions to help me to do better.

Serving in Taekwondo is my way of giving back to society