The Washington Post and USA Today Sports reported that Steven and Jean Lopez are potentially investigated by the Federal Bureau of Investigation (FBI) because of alleged sexual abuse against four athletes.

Former Taekwondo athlete Mandy Meloon, who accused Jean López of molesting her, said an FBI agent interviewed her for at least two hours on May 19, 2017.

The American newspaper claims that Meloon, in order to contact other apparent victims, gave the agent the name of other women who would have suffered sexual abuse perpetrated by the Lopez brothers.

Heidi Gilbert, another Taekwondo athlete, told USA Today Sports that while being member of the junior national team, she would have been drugged three times and that Steven Lopez would have had sexual intercourse with her while she was unconscious.

The names of Meloon and Gilbert came to light because they decided to making the accusation public.

Both Steven and Jean denied, in separate interviews, the allegations that four women have made public to the media and to the FBI investigators (the names of two were not revealed).

“I’ve never been inappropriate with anyone,” Jean Lopez said.

Steven Lopez said he was told in January 2016 that there was a complaint against him with USA Taekwondo. But he said he was not given any details of the allegations, nor was he interviewed by anyone, reports the USA Today Sports.

“I’ve never — nothing, nothing at all,” Steven Lopez said when asked if he’s ever sexually assaulted or committed any kind of inappropriate behavior with any woman. “Nothing like that. Nothing close to that.”

Mary Holligan, a security guard at the Lockhart Center in Texas, confirmed the visit the federal agent made to Meloon, as she had to interrogate her there because the former athlete was counting two years in prison for assaulting a police officer.

Hi Jo Choi, President of the Pan-American Taekwondo Union (PATU), exclusively gave MasTKD.com, the official position of PATU in regards of the news that shocks Taekwondo world and was published by at least two important USA. newspapers.

“We are really concerned about this in light of implementing gender equality in sports. we Will follow the investigation and If it’s true, and they are found guilty of these charges, they will not have place in Taekwondo in the future” said Choi.

On the other hand, the World Taekwondo Federation, through its Secretary General, Hoss Rafaty expressed his comments on this serious matter that is jeopardizing the Lopezes´s career and legacy.

“These are very, very serious allegations. The WTF places the highest priority on the welfare of athletes, and upon hearing these reports we immediately opened an inquiry into this matter to look at both the allegations against the Lopez brothers and also at USAT’s management of this situation. But we are still gathering the facts so it is too early to take a position”, said the WTF Secretary General, Mr. Hoss Rafaty.

According to USA Today Sports, the investigation against the Lopez brothers began two years ago, when the USAT was informed by Meloon of the alleged abuses.

USA Today Sports reports that US Taekwondo contacted the US Olympic Committee prior to the Rio 2016 Olympic Games to stop the investigation, claiming that Steven and Jean, athlete and trainer respectively, had a place in the Rio Olympics. 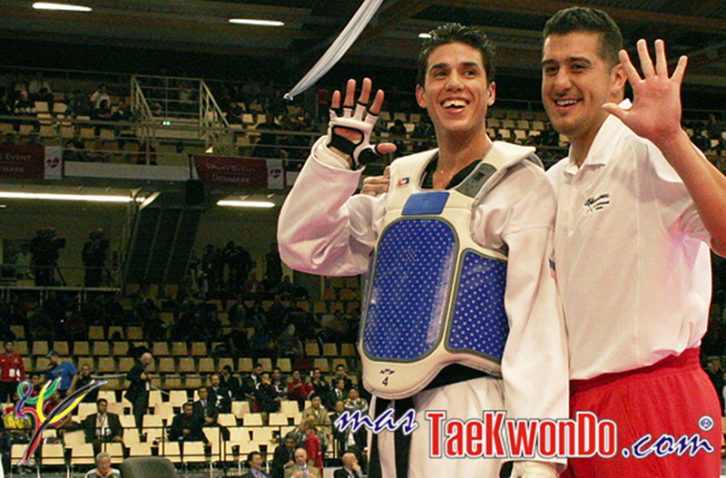 USA Today Sports also reported that they contacted Shauna Dunlap, an FBI spokesman in Houston, who did not confirm or reject that an investigation on the three-time Olympic medalist and his brother is being carried out.

The newspaper had access to the letter with which the investigating attorney, Donald Alperstein, notified the FBI because he considered that “many of the faults occurred under different jurisdictions.” In addition, he sent the information to the authorities of Sugar Land, the Lopezes´ hometown via an email.