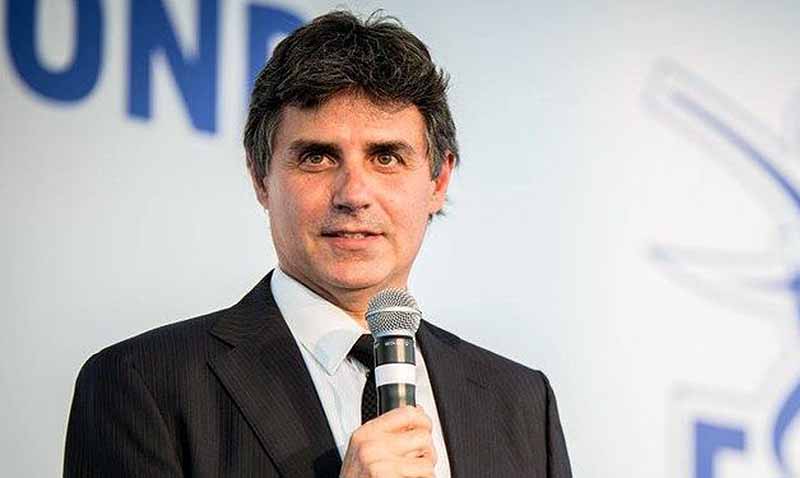 Angelo Cito began in Taekwondo in a small town of his native Italy when he was 12 years old and describes his encounter with it in a romantic way: “Taekwondo was my love at first sight… I was always training, under any circumstances, even when I was sick!”.

When he started his studies at the University, he moved to Rome where he met Master Park Sun Jae, who was the President of the Italian Taekwondo Federation (FITA) at that time. Cito describes this encounter as one of the most important in his life: “Dr. Park taught me so much from a managerial point of view, but he also taught me the values of Taekwondo. He was a very special person. He dedicated his entire life to Taekwondo and always strived for the greater good, never for his own interest. His passing is a big loss for us all”.

After the great success of Italian Taekwondo during the London 2012 Olympic Games and the complete absence in Rio 2016, Angelo Cito is blunt when asked if his country will return to the path of success: “Absolutely yes! Taekwondo in Italy is growing thanks to honest and responsible people who work hard, don’t give in to difficulties and know that in sport, as in life, you need to roll up your sleeves and get busy, especially when hard times hit, in order to reach new and prestigious positions”.

You have always been a very respected person at an international level, giving an image of great humility and even low profile. Why do many of us have that perception of you?

Thank you for your kind words. I’m always true to myself and try to see myself like I see others. I like to be sincere and honest and I firmly believe in friendship. In the world of sports, we should consider ourselves really lucky and be an example for everyone. We should not build barriers or create differences and, whenever we get the chance, we should offer our help, without hidden agendas. 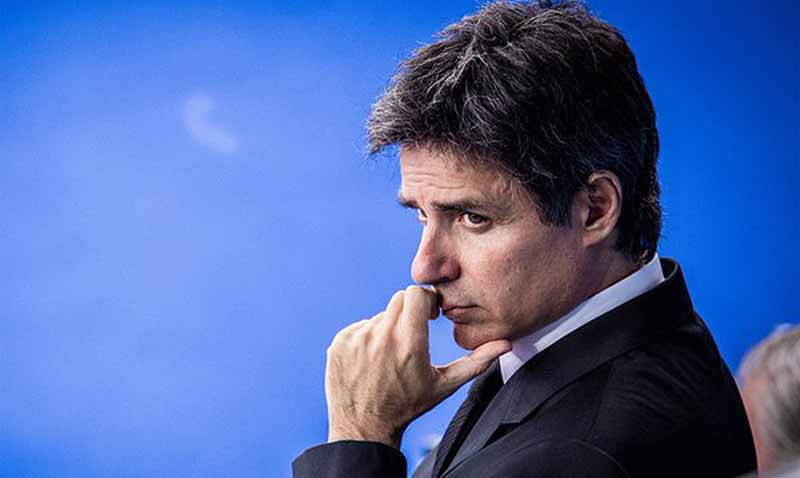 You were the Secretary General of the FITA and have always been in charge of the Olympic teams, but, how did your responsibilities changed when assuming as president last year?

As said, I was lucky to have President Sun Jae Park as my teacher. He trusted me with big responsibilities on a technical as well as a political level. This helped me to acquire all the necessary experience. As president, my duty and responsibility is to train our future ruling class, because I think a president’s role should be to consolidate and preserve his/her organization for the future. To do so, one needs to make the right decisions, conscious of the fact that these will impact the life of thousands. With the help of people close to me, I try to do this in the best way I can.

We could define Europe as the continent that professionalized Taekwondo at a great level. Where do you put Italian Taekwondo comparing it with Europe and the rest of the world?

Italy has 30 thousand practitioners officially registered. Not many compared to other countries, but in the past few years we have achieved important targets, reaching the top of our success with the gold medal at the London Olympics of 2012. We have great athletes, but we need to improve at numbers: often in fact, we see times of absolute excellence alternated by lower level times. We need to avoid this in the future.

What is your opinion regarding the management of ETU in recent years?

I think the work carried out by the ETU in the last years is exceptional, especially considering its scarce funds. Despite this, we created an efficient and well-organised structure, a Communication and Marketing division to be proud of, and I’m sure we’ll improve much more in the future. We all work to make European Taekwondo bigger, organizing activities and improving the quality of our continental events. The result can be seen in the high technical level of our athletes and much of it happened thanks to the leadership of President Sakis Pragalos. The relationship between member countries formed during the years is excellent, and we’re all very proud.

And I would like to ask you the same about the WTF. What do you think about Dr. Choue’s leadership and what are the expectations for the next period?

In the last years President Choue proved to be the right person in the right place. He successfully brought Taekwondo into the modern era. When he became President of the WTF, the challenges were many, but the first and foremost of all was consolidating Taekwondo as an Olympic discipline. It wasn’t easy. As many people might remember, we had just come out of a very complicated period and could not afford to take wrong decisions, because we risked compromising the inclusion of Taekwondo in the Olympic games. Thanks to his valuable work and far-sighted politics, President Choue managed to avoid this and we should always be grateful to him. During the years, I often met with IOC members and with international executives and I’ve always received positive feedback on our President’s daily work at international levels. It is certainly the best publicity our sport could have. Everyone can see the work done by the WTF, extraordinary huge steps ahead were taken and I think many more will be taken in the future. 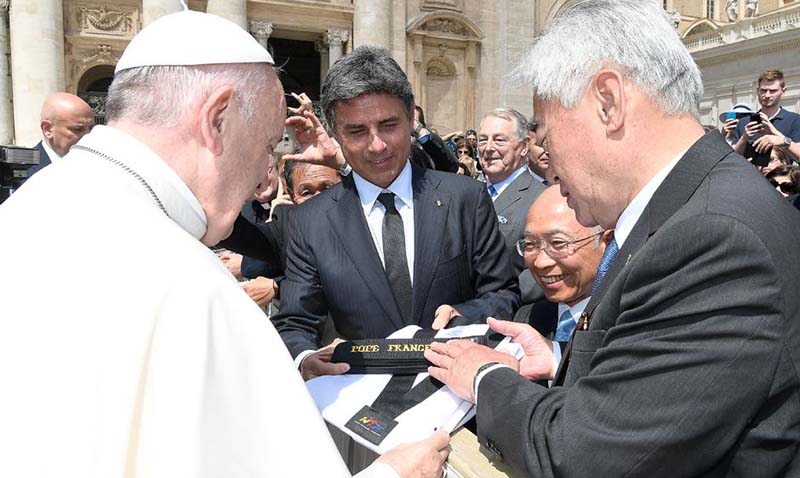 We want to congratulate you on Pope Francis recent meeting at the Vatican City. Could you tell us about the previous arrangements for than important event?

Thank you! The meeting with Pope Francis was very exciting and a great token of appreciation for the entire Taekwondo world. A crowded square along with millions of people watching the event on TV around the world saw us delivering a honorary 10th dan black belt to Pope Francis. A truly emotional moment, just like the moment the Pope greeted us during his official speech.

The idea came during the Faith & Sport Global Conference summoned by Pope Francis himself last October, an extraordinary event organized by the Holy Seat and the IOC. The WTF and the FITA worked towards the official participation of the Taekwondo Humanitarian Foundation (THF) in the event. In the beginning it seemed impossible to take part, as the organizing committee had received thousands of requests but in the end, not only we managed to be included, but Taekwondo was also the only discipline authorized to perform internationally, representing all sports. It was an unprecedented diplomatic success, and on that occasion too all the TV channels of the world were broadcasting our performance. All the attending authorities, starting from the IOC President, congratulated us on our achievement. It was on this occasion that President Choue wished to meet Pope Francis one day. How we got to organize the meeting is not important. What matters is we did it!

We know you presented your candidature for a place within the WTF Executive Council. What will be your main contribution to the institution?

Yes I did submit my candidacy and I also, as required, presented a short programme with my ideas which I can summarize for you. I intend to offer my competences and to cooperate with everyone for the sake of Taekwondo. Obviously, my intention will still stand even if I don’t get elected.

WTF announced the candidates for the next period

As I said before, President Choue’s international work is widely recognized, but competition with other sports is tough and we shouldn’t lower our guard. Each of us has to work in the best interest of Taekwondo and towards the consolidation of our relationship with the Olympic Committees. We need to represent an opportunity, not a problem, in the eyes of national Olympic Committees, minimizing what could be our weaknesses. Today, Taekwondo is a universal sport and our future depends on how we are perceived and judged by the IOC and the respective national Olympic Committees. We have to meet their requirements; we have to be ready, innovative and more and more appealing to the media and the general public. At the end of the day, it’s them who will pass or fail us. We shouldn’t be afraid of changing and experimenting, as long as we keep Taekwondo’s best interest in mind. When something goes wrong, we need to have the courage to look back at what happened and make improvements where our expectations faded. About the regulation, the current rules are the best summary of all the different suggestions and requests received, so we just have to put them in action and see what happens. If we realize there’s room for improvement, we shouldn’t hesitate to change them. In this sense, our athletes’ contribution is paramount, they are in fact the true main characters here. 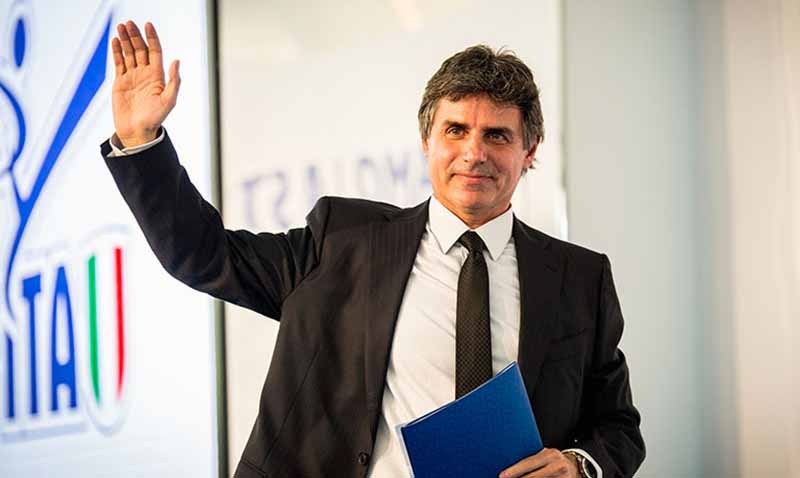 Italy will hold a Grand Prix soon. Could you tell us something about that?

I see you’re well informed! I’ve been thinking for a long time of bringing a GP competition to Italy, and we’re working on it. I’m hoping it will also become a fixed appointment, that’s why we want to create something innovative and in an extraordinary scenery. Many people are working on this project and I hope it will soon be official. I can’t tell you more for now, but I hope you’re happy with this.

Thank you very much for your time and we wish you success in your endeavors. How would you like to close this interview?

With a simple ‘thank you’ for your consideration.