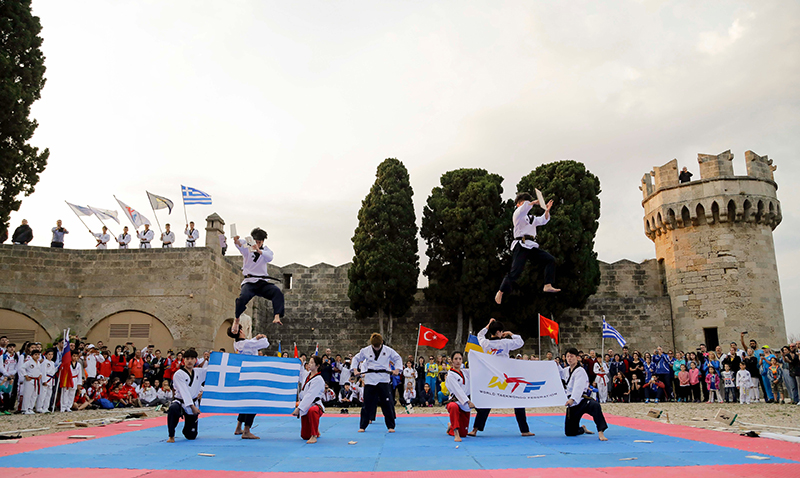 The ceremony was realized at the Bastion of the Grand Masters Palace in the Medieval City of Rhodes, with the dynamic contribution of all National teams and all participants of the pioneering event.

An impressive flag parade opened the ceremony that was led by for horses, followed by the promoters’ and organizers’ flags, the WTF Demo Team, the IRs, all athletes and their national flags and closed with the sponsors flags lead by the gold sponsor of the event DAEDO INTERNATIONAL. Walking up the Road of the Knights in the Medieval City of Rhodes, they arrived at the historic Bastion of the Grand Master’s Palace. 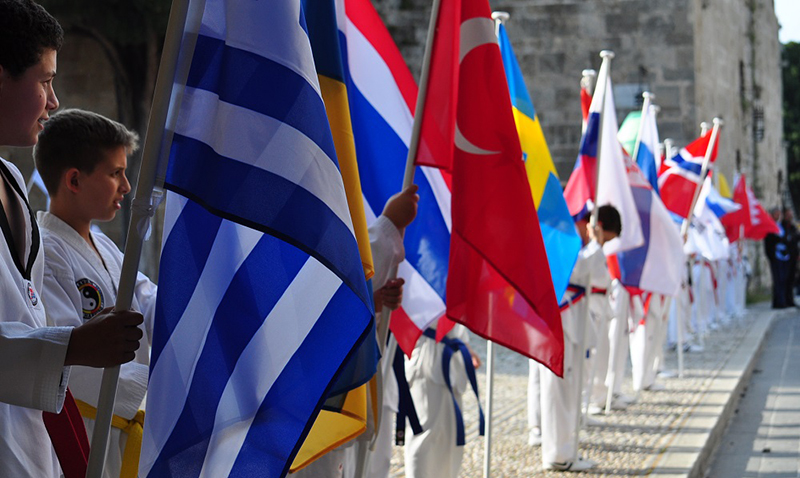 The intense excitement and impatience of the athletes, who filled the place, meant the launch of the celebrations realizing the biggest White Card campaign in World Heritage Monument as recognized by UNESCO. The Organising Committee and the World Taekwondo Federation (WTF) in collaboration with the Peace & Sport united all athletes and countries by sending a message of worldwide peace.

The Greek representative Vasiliki Karpouzou and Olli Siltanen from Finland were the announcers of the Athletes’ Official Oath. The International Referees Nesime Altun of Turkey and the Serbian Vladan Cvetkovic announced the IRs Official Oath. 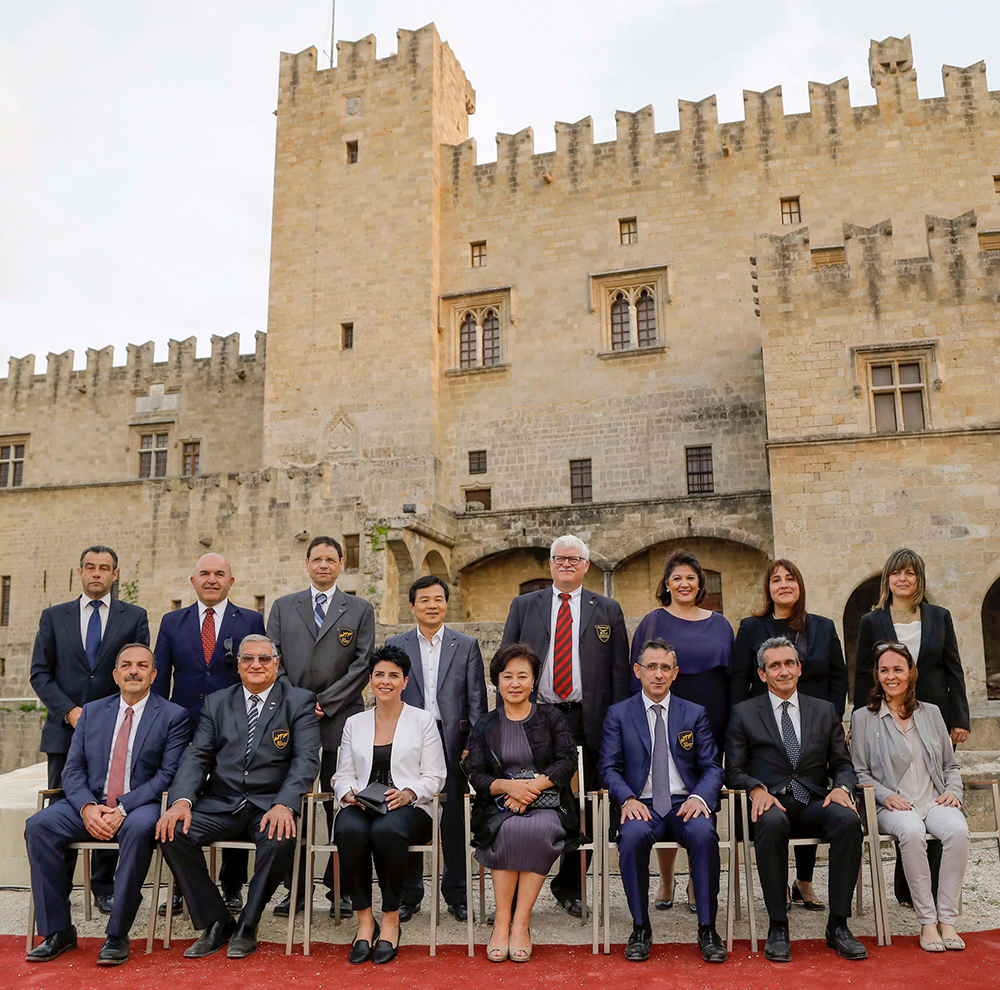 The spectators at the Bastion of the Grand Masters Palace had the chance to enjoy the WTF Demo Team giving a high-powered performance giving a dynamic conclusion of the event.

The Public Relations Director of the Peace & Sport Mrs. Iris Vlachoutsicos during her speech commented: “Peace & Sport International Relations Director Iris Vlachoutsicos addressed to all athletes competing in the championship: You arrived from all arounf the World and you write history! You are from different countries, but you share the same language; the one of Taekwondo, the one of peace. We all can send a message of peace. Show that sport can change the world and make it a better place. Lift the biggest White Card ever!” 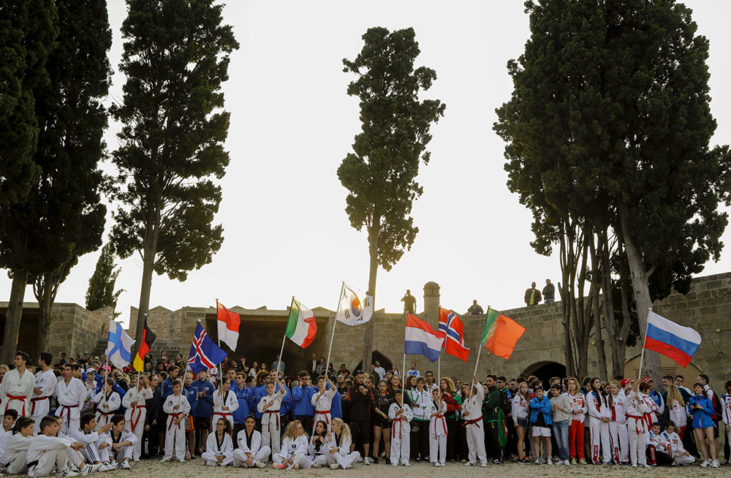 The Mayor of Rhodes Fotis Chatzidiakos announced: “Welcome to Rhodes. You arrived here from five continents to participate at the 1st WTF World Taekwondo Beach Championships. We wish every luck to all athletes!”

The Vice President of the World Taekwondo Federation Ahmed Fouly said: “At this historical place on the island of Rhodes, athletes from all around the world were brought together in unity. Thank you for the hospitality.”

The President of the Organizing Committee and President of the European Taekwondo Union Sakis Pragalos noted: “I would like to thank the South Aegean Region, the Municipality of Rhodes and all the National teams that travelled here on the island of Rhodes for their contribution in the organization of this historic event. The 1ST WTF World Taekwondo Beach Championships is already a part of the history of taekwondo, and you are a part of it!”. 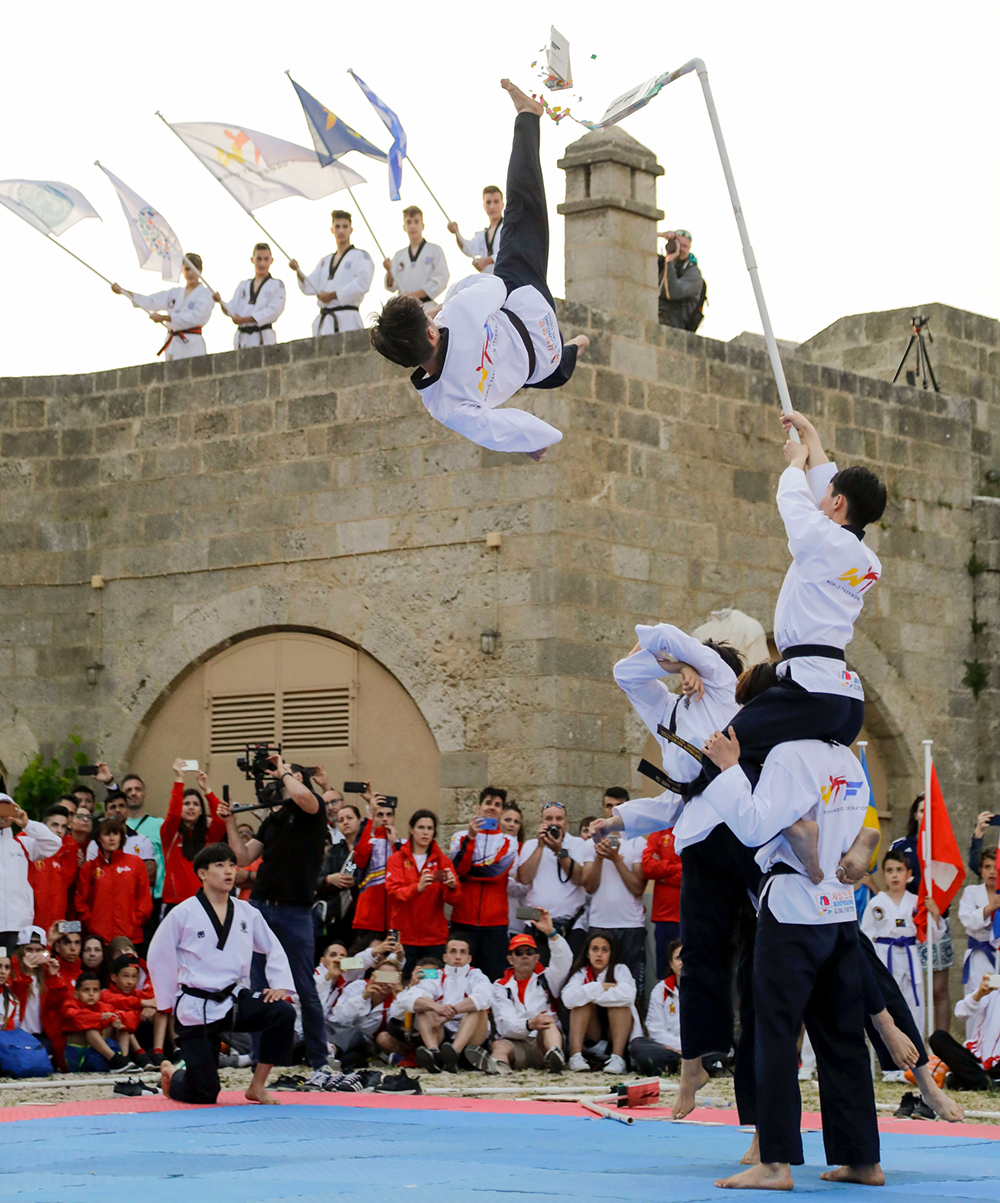 WTBC2017 is already in the supremacy of the sport, setting new standards to taekwondo.

The event is broadcasted live from the Olympic Channel https://www.olympicchannel.com

On 5-6 May from 5 – 7 pm local time (Athens, GMT +2), while all people located in Greece will also be able to watch the championships live through http://webtv.ert.gr/ertplay/ 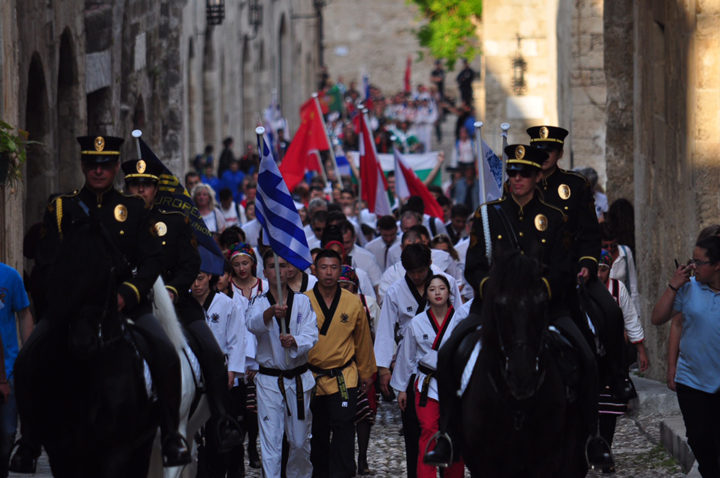