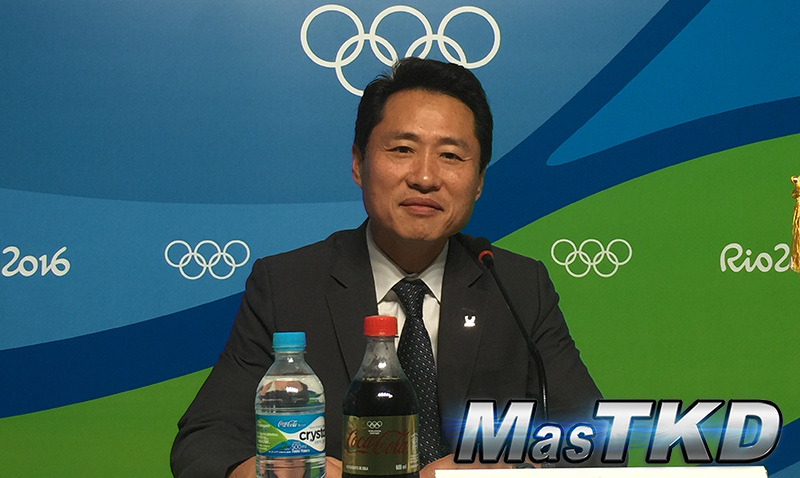 Ji Ho Choi began his term as PATU president in 2008 and ever since, he has managed to organize the MNAs in such a way that its events and competitors are already world-class. In this extended interview with MasTKD, Choi showed his satisfaction and confidence about the path to follow in the next four years.

Knowing that there is no one else postulating for the presidency of PATU, what is your plan for the next term? And what would you like PATU to achieve in the next period?

When I first became PATU President in 2008, I had planned an 8 year developmental Plan for PATU to develop in all areas of PATU management. I am confident to say that we have made a positive and successful progress till now, thanks to all members of the PATU leadership, and mostly, to the entrusting support of our hard working PATU MNA Presidents.

Through united efforts of all PATU family, our events are now organized professionally and technically as world class events. Our athlete participation have been tripled, the number of PATU recognized events have increased over 400%, and the number and the level of elite athletes have improved tremendously.

Our educational programs have been offered regularly in different parts of Pan America, and our Poomsae and Coach Permit system have been positive and successful. We have continuously supported small countries to participate in our events by providing room and board supports. As a result, all North, Central and South American countries are now fully participating in our events including positive development in Caribbean countries. Our MNA membership have increased from 42 to 45 countries including 4 associate MNAs.

PATU Elections: Which positions are at stake?

As we are planning to have our executive committee and council election to be held in Muju, Korea in June, I am motivated to reorganize our leadership structure to continue our great movement to next level. With no other candidate for PATU President, I am much honored to continue our work with improved efficiency for the next 4 years. I am especially enthusiastic to develop our small countries in the Caribbean region to fully participate in our programs for the next 4 years. I am planning to initiate regular scheduled educational programs and positive development for our friends in Caribbean area.

What can you tell us about the rumors of alleged meetings of a South American group that would have annoyed PATU?

I believe in democratic and fair election process in PATU. All PATU election have been affected by outside influences in the past by people who demonstrated destructive intentions derived by jealousy and personal motives. I had received some unpleasant information in February and March alarming that some outside influences are on the move again in South American region for the election. But through positive communication and understanding, the rumors were found to be false. South American area has been traditionally very passionate about the election by offering many qualified candidates in many different positions. I believe that this is a good sign from our members in South America that they are making positive movements to improve the region. We currently have 2 candidates for South American Region Vice President, and 4 candidates for PATU Council position that are scheduled to have an election. All other positions, including the Presidency, have only one candidate.

This is a true sign of complete unity in PATU. The South American region may seem somewhat controversial, but I am confident that they will find a positive solution prior to the election to uphold the unity and integrity of PATU. By all means, I respect the qualifications of all candidates, and wish them the best of luck during the campaign period. I believe in the autonomy of PATU and also respect the autonomy of each sub-region in PATU. I hope that all candidates who become elected officials will fully carry out their responsibilities of the position that they represent. Through unity, PATU can only succeed. 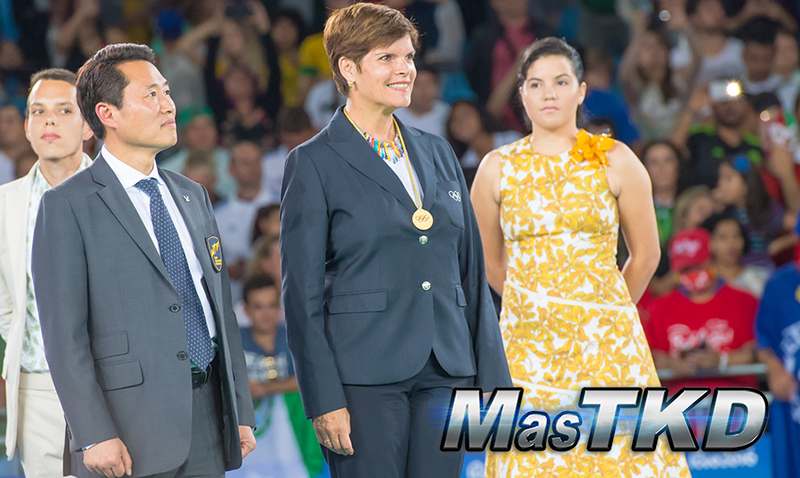 What is your evaluation of the WTF so far, and how do you visualize this new Olympic cycle?

This new Olympic cycle probably is the most important cycle for Taekwondo. WTF has transformed to be a true international sport organization with the leadership of the President, Dr. Chungwon Choue who asserted fair play and transparency in management. It took me some time at the beginning but I became to understand and share the same vision with Dr. Choue. As the President, Dr. Choue has demonstrated unprecedented leadership to secure our sport in the Olympic Program, successfully developed sport Poomsae competition, secured our grass root development by implementing cadet and youth program, successfully implemented WTF Global Membership System, initiated Taekwondo Humanitarian Foundation to develop refugee athletes, and included Taekwondo in 2020 Tokyo Paralympic Games. Dr. Choue already have initiated our preparations for the Tokyo Olympic Games, and through our joint efforts, Taekwondo will be successfully celebrated in Tokyo. I am proud to say that WTF is doing great with clear direction for the future. 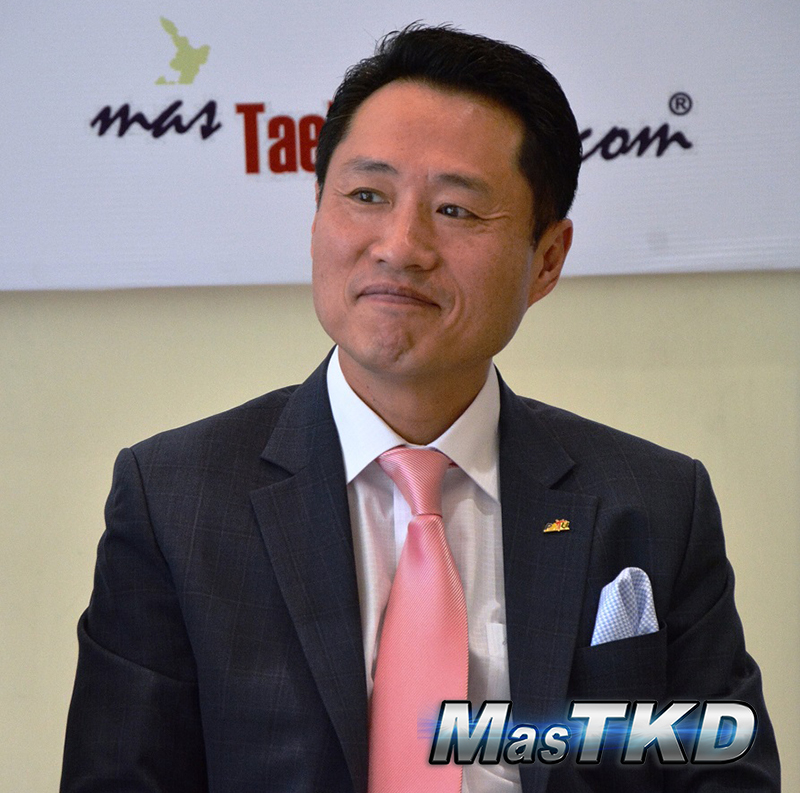 In the last few years, the PATU representative’s haven´t had the best sports results in the competitions. What do you consider is the cause of the negative performance? Do you think it could be changed in the short term?

I really don’t think our recent competition result is a failure. As TKD became a sport event, the games results are affected by many variables. As I said before, I respect the autonomy of each PATU MNAs and believe in their leadership. Despite of serious economical setback in our region in recent years, I truly think that our MNAs are doing great by utilizing all of their resources to improve their athletes. We may experience a short set back in Gyorugi area, but our Poomsae athletes have been very successful in international competitions. We lose some but we also win some. I am positive that we will make a great improvement in near future. As a part of new quadrennial plan, PATU is planning to have sub-regional training camps with our world-class coaches. I really expect to see some great improvements in near future.

We learned about an event in which Dr. Choue was present in New York. What can you tell us about it?

In 2015, Dr. Choue asked me to assist him for United Nations “World Peace Day” Celebration in New York City. WTF Demo Team came with Dr. Choue and presented their excellent demo at the UN General Assembly. Dr. Choue also spoke before the assembly on how TKD contributed to World Peace. I was the MC for the TKD demo and also lead the assembly’s participation in TKD experience. This year, UN’s “Peace and Development of Sports” activity organized by Monaco’s UN Mission invited World Taekwondo Federation, World Table Tennis Federation and World Fencing Federation to showcase each sport at the UN. Dr. Choue asked me again to organize a team of athletes and local children’s demo team to showcase our sport at the UN. WTF invited Olympic Champion, Jade Jones from England and World Jr. Champion, Skyler Park from Canada, and two USA Poomsae Athletes to perform in front of UN delegates. 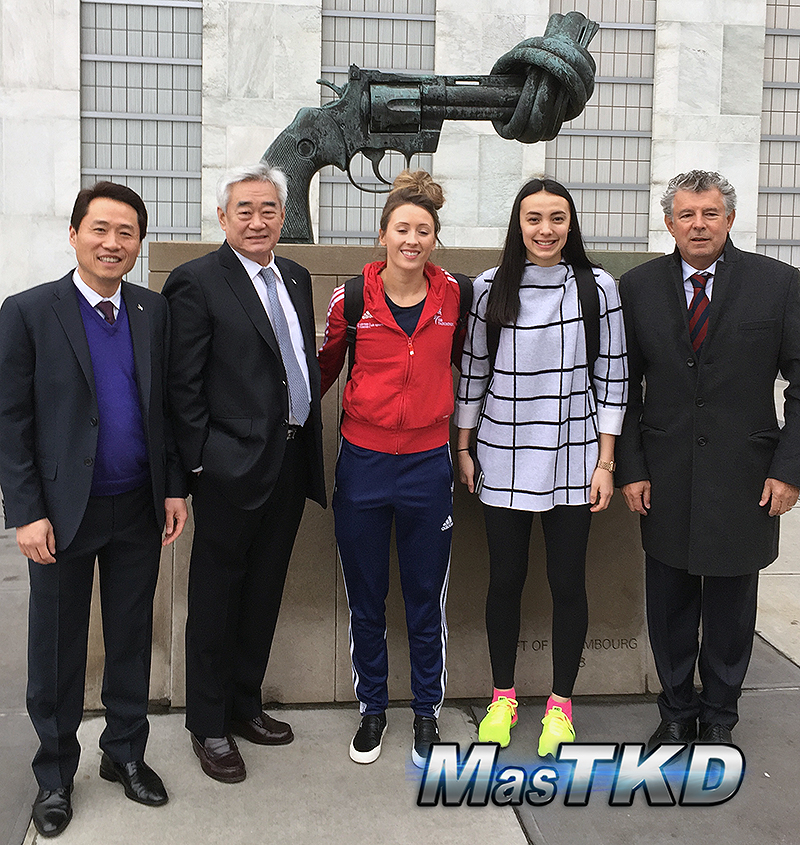 I organized international referee group, PSS, photographers and local children’s demo team to organize this activity. I accompanied Dr. Choue to a press conference in the morning of March 28, and then announced TKD Gyorugi demonstration at the VIP luncheon. The Poomsae athletes performed at the UN delegate cafeteria during lunch time, and then a complete demo in the lobby of UN in the afternoon. Among three sports that were presented, TKD was most popular among participants and received highest complements from VIPs, delegates, and guests. I also represented Dr. Choue with WTF Secretary General, Mr. Hoss Raferty at the dinner reception organized by the Ambassador of Monaco. It was a very busy but highly rewarding day for TKD. I am much honored to be a part of this great activity to demonstrate the excellence of our sport to all UN leaders. 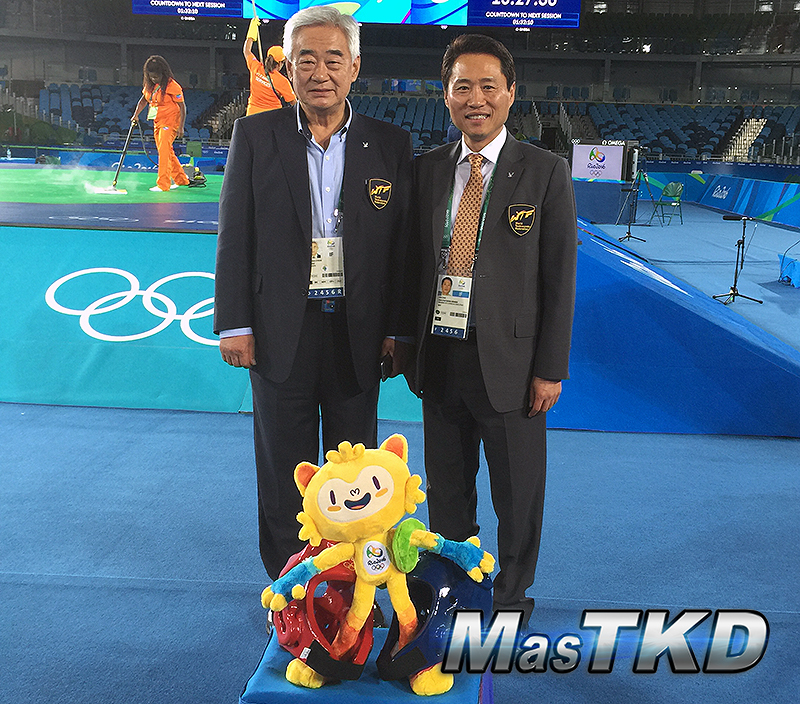 Do you consider that the recent changes to the WTF competition rules will be beneficial to the development of Taekwondo?

Definitely! WTF took vigorous steps to evaluate our sport after the Rio Olympic Games. We listened to recommendations from many Olympic coaches and athletes as well to brainstorm improvements to the competition rules to make our sport even more exciting and to promote complete spectator understanding. WTF Technical committee and Referee committee did a great job to present the new amendments to the rules. WTF council unanimously approved the amendments, and we are now presenting WTF IR seminar and refresher course in Acapulco, Mexico to update our referees with new amendments. WTF has been very proactive in improving our competition rules, and I am sure that the new amendments will make our competitions more exciting and produce much improved spectator participation. Many old timers in TKD have been complaining about the new style of competition by saying “it’s not TKD, it’s a foot fencing”. While I understand them completely, I must disagree with them. Just like any other sport, TKD must evolve in time with change of our young athletes. We must adapt and adjust to the changes in time and demand of new generations. People all see their TKD style is the best TKD. I believe the new generations also deserve to have their own best style of TKD.