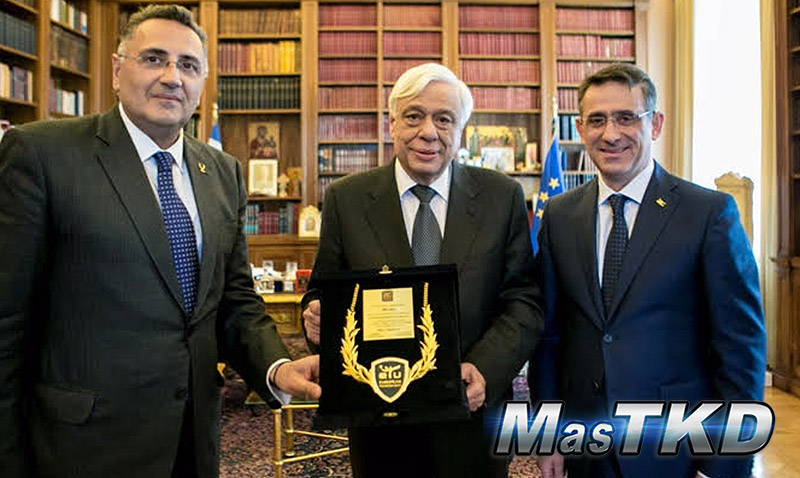 The headship of ETU informed in detail the President of the Hellenic Republic for all the activities of the European Taekwondo Union, as well as for the status of the sport in Europe.

ETU President Sakis Pragalos and ETU Secretary General Michail Fysentzidis awarded his excellency the President of the Hellenic Republic with the highest honor of the European Taekwondo Union, the Gold Medallion of ETU in recognition of his ethos, his social awareness, and his multifarious work.

In addition, the European Taekwondo Union tabled the subjectthat the 1st World Taekwondo Beach Championships, organized for the first time internationally in Rhodes Island, Greece (5-6 May 2017) will be hosted under the High Patronage of his excellency. 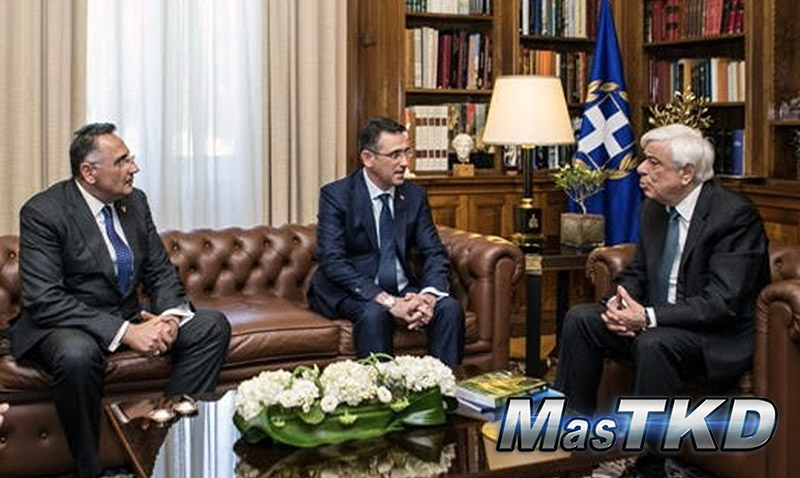 The President of the Hellenic Republic, during his meeting withthe ETU leadership and as a principal supporter of sporting andthe sport of Taekwondo, requested for an extensive update by theETU headship and reassured ETU President Sakis Pragalos andETU Secretary General Michail Fysentzidis, that henceforth hisstand will be in defend and support of the activities of the sport in both national and international level.