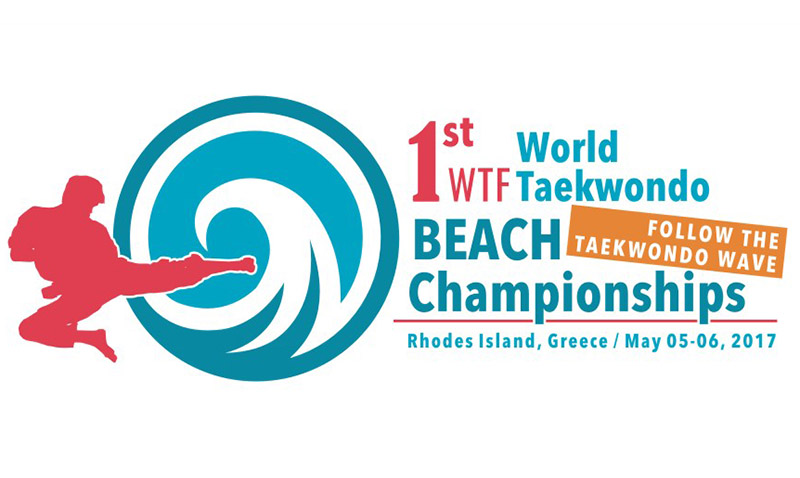 The event will be realized in the Medieval City of Rhodes during the Opening Ceremony of the event on Thursday, 4 May 2017 at 6pm in the evening. All the ceremony participants and public will be able to join the commemorative photo of the campaign sending a message of peace through sport. Rhodes Island represents the crossroad between the East and the West, making it the perfect choice to promote the unity of cultures and nations.

The Medieval City of Rhodes is recognized as World Heritage Monument by UNESCO and it is claimed to have the most well-preserved medieval infrastructure and buildings. The historical paths of the City will be crossed by the flag parade of the 1st WTF World Taekwondo Beach Championships.

WTF President Dr. Chungwon Choue stated: “It is a privilege to host the event here in Rhodes ‘The Island of Knights.’ From 1522, when savage battles raged, since Rhodes was the epicenter of the titanic struggle between East and West, the value peace is nowadays principal on this place. Our joint initiative with Peace & Sport, promoting global peace within these medieval walls, signifies the biggest white card campaign ever to be held at a historical monument. And it is particularly meaningful that we, as combat sports athletes from East and West, are here competing in peace, cooperation and unity.”

The Founder and President of Peace and Sport Joël Bouzou added: “As a symbol of the peace through sport movement, this White Card campaign within the medieval city of Rhodes will spread a unique message of friendship across all Nations participating in the 1st WTF World Taekwondo Beach Championships!”

The Organizing Committee President Sakis Pragalos noted: “The idea of the Olympic Truce was born in Greece, and it is paramount that its values are incarnated through every sport event. This is what Peace & Sport defends and finds us in alliance with its actions. I hope that the White Card campaign will form one more children smile in a peaceful society and from our side, we will continue supporting such activities as a sport, through the Taekwondo Humanitarian Foundation of WTF.”

The South Aegean Region Vice-Governor of Sports, Culture and Tourism Marieta Papavasiliou expressed: “It is an honor to welcome such activities embracing a synergy of culture, sport, and society, while also being part of their organization. We are certain that we will reaffirm all expectations and capture moments that will be intense not only media wise, but most importantly strong within the heart of every one of us.”