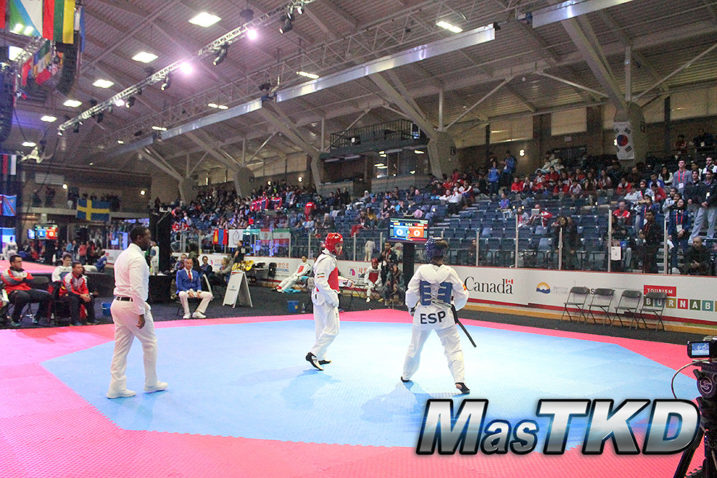 The registration, application, evaluation and selection phases for the bidding process for events in 2017 and 2018 will take place between January and March 2017 with the selection of host cities to take place at the WTF Extraordinary Council Meeting in Bangkok, Thailand on 7 March 2017.

Host cities for the events between 2018 and 2019 will be decided in Muju, Korea on 22 June 2017, just before the WTF’s flagship event, the World Taekwondo Championships.

The process for selecting host cities for the 2019-2024 events will be extended with interested potential hosts invited to attend an invitational workshop called “the Partnership Workshop” in Muju in June 2017. The actual bidding process then formally begins with the bid registration in July 2017 and goes all the way through to the selection of the host cities at the WTF Council Meeting in the first half of 2018.

The Partnership Workshops – the first of which was held in June 2016 – provide potential hosts with the opportunity to share their expectations and learn more about the requirements for delivering successful WTF events. 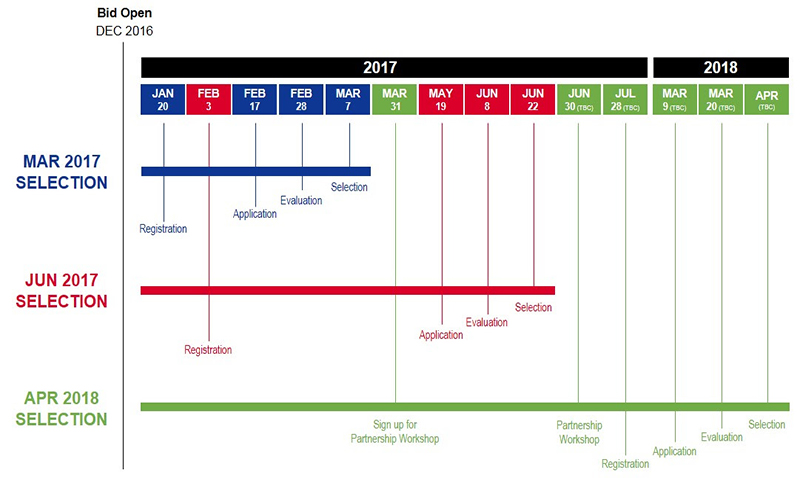 Potential hosts of the WTF events are asked to register their bids, and then finalize their applications upon submission of the bid files according to the timelines of their bidding process.

The WTF Events Bid Manual and documents for bid preparation can be found on the following link.

Dr. Chungwon Choue, President of the WTF, said: “We have already witnessed the benefits of our new and improved bidding process. We have received excellent feedback from bid cities and their interest shown in hosting WTF events over the coming years has been fantastic.”

“This was demonstrated by the 7 world-class cities the WTF Council was able to select to host 11 events. I believe it is now the right time to extend the opportunity of hosting WTF events to more cities and countries.” Choue added. 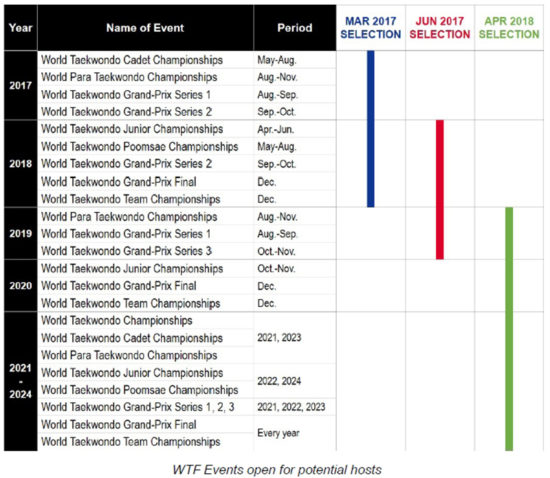