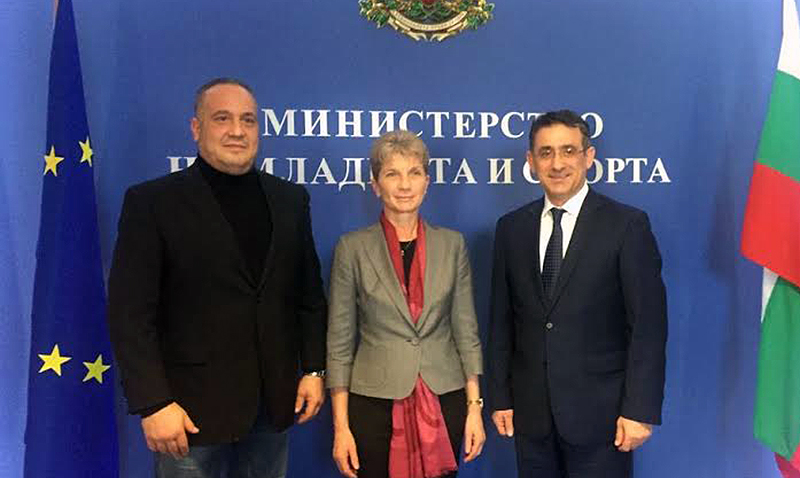 For the flawless conduction of the event, on Wednesday 22 February, the ETU President Sakis Pragalos visited the host city of Sofia and in a series of meetings, acknowledged the work that has been done up to now and the efforts of carrying out a European Taekwondo Championship of the highest standards.

The President of the Bulgarian Taekwondo Federation Slavi Binev welcomed Mr. Pragalos and adjoined the visit tour around the facilities and the sport venue ‘Sports Hall Sofia’, to inform him in person regarding the details of the preparations. They also visited the Official Accommodation Hotel of the Championships, which is located next to the hosting venue area. Mr. Pragalos also had the chance to speak to national sport media and present the European Taekwondo and the ETU Championships at first hand, as the local community is highly interested upon the forthcoming event.

In extension of the visit, the President of the National Olympic Committee of Bulgaria Stefka Konstadinova, saved a warm reception to ETU President.  Mrs. Kostadinova , who is also the 1996 Olympic champion in high-jump, a two-time World Champion, a five-time World Indoor champion and holds the world record of 2.09 metres since 1987, spoke extensively with Mr. Pragalos and discussed on various topics regarding the Olympic Taekwondo. 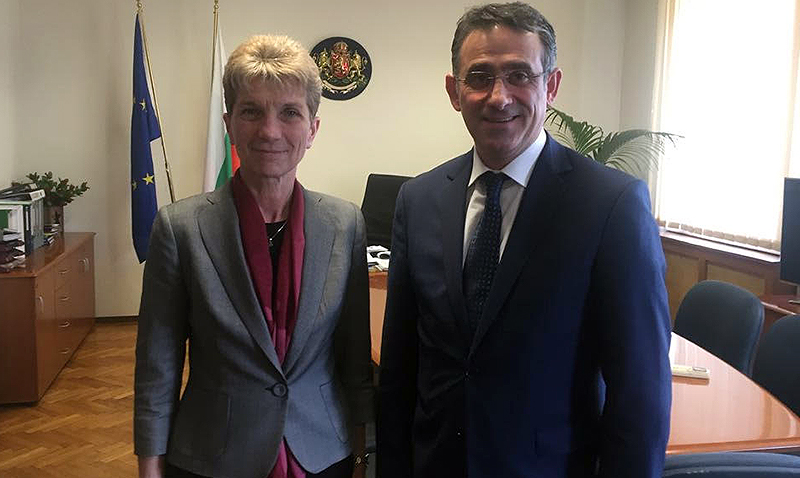 The zenith of the ETU President stay in Sofia was marked by his significant meeting with the Sport Minister of Bulgaria Daniela Dasheva, who welcomed Mr. Pragalos at her offices. The two sides procured a prosperous discussion with sports as their prime focal point.

Pleased and totally optimistic, Mr. Pragalos stated: “Today, I realized the dynamic of the Bulgarian Taekwondo Federation in organizing and carrying out successfully the ETU European Taekwondo Under 21 Championships. It is very important for all MNAs to preserve a healthy relationship with the national sport authorities of their country, in order to contribute in the support and promotion of Taekwondo, both economically and in terms of infrastructure. I would like to express my sincere appreciation to all the people who work, assist, volunteer and contribute in every way towards the realization of an ETU event, as it has a continental impact in benefit of their country as well”.