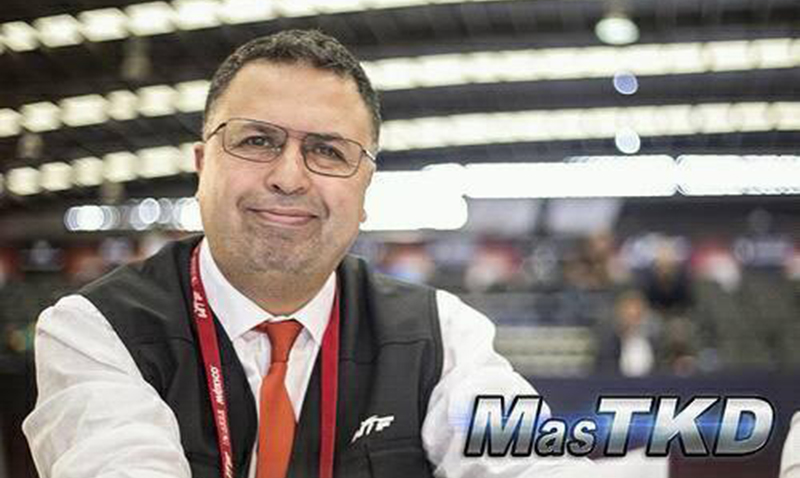 “The 2020 Olympic Games will be the best in the history of Taekwondo, surpassing those in London 2012 and Rio 2016 that were already great successes”. This is how began the conversation between MasTKD and the Chief of Referees of the World Taekwondo Federation.

After the great controversy generated by the style of sparring developed until the moment, the WTF in hand of its technical commission, took the task to give back the spectacularity lost in the last years, through the implementation of significant changes to the competition rules.

“The changes has been implemented in different ‘G’ events. There has been much expectation around these changes, however at the end of the championships the feedback we have received from coaches, athletes and referees has been very positive”, explained Chelbat to MasTKD.

“The fact of penalizing with Gam-jeon actions that were previously allowed as leg elevation and completely eliminating the kyong-gos has caused to have fights with scores, for example, from 35 to 30, I say this, remembering the case of Turkish Open where we could see very intense clashes”, continued the International Referee.

When consulting with him about the possible changes to the rules, Chakir Chelbat was emphatic, “We will soon meet with the WTF Technical Committee to conduct an evaluation of the events in which we have already included the most recent changes, but I can assure you that 95 % of the ones already established, will remain. We only have that margin of 5% for some things that will be improved”.

These new amendments would be announced at the next General Assembly of the World Taekwondo Federation to be held in June in Muju, Korea, with the occasion of the 2017 World Taekwondo Championships.