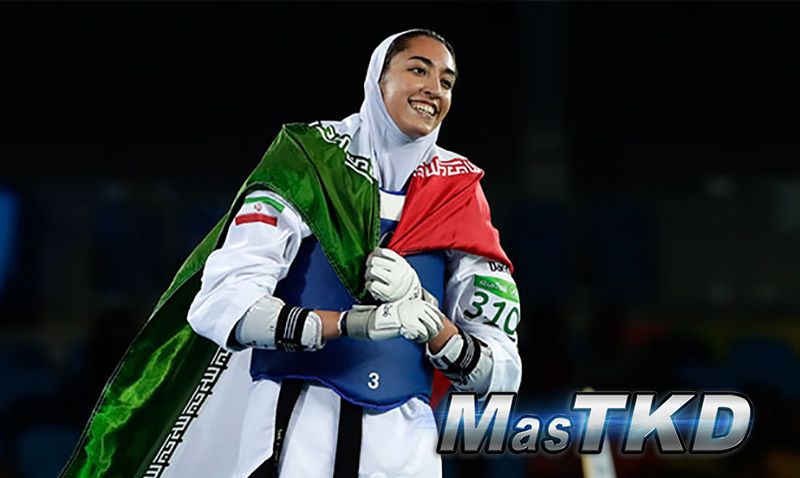 The women’s role has always been linked to what we could call ‘the domestic sphere’, finding women in charge and taking care of the house, family, children, etc. Slowly with time women were gaining their place in the public sphere: To be able to study, to vote, to obtain hierarchical positions in the companies, etc. At present time, we find great changes in this area, by women occupying positions as relevant as becoming president of a country.

In this way we can see how the movement that was taking place in the sports field is not alien to what was (and continues) happening at the social level.

In the first edition of the modern Olympic Games, for example, in 1896, the participation of women was prohibited, later and at a slow pace, the incursion of women was allowed in different sports disciplines.

At present time the presence of women is not only instituted, but we can also find disciplines in which their performance is even more recognized than that of men.

In Sydney Australia, Taekwondo makes its debut with four male categories and four female, being before sport of exhibition in the Games of Seoul 1988 and Barcelona 1992. 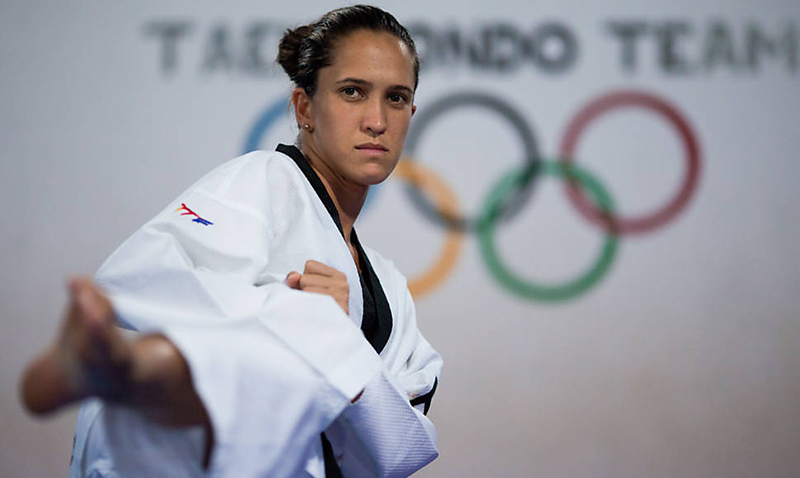 The fight against stereotypes

Women have always been considered the “weaker sex” by nature, so there are social mechanisms to validate this theory; education, culture, family, media.

This is where the cliché begins, labels and phrases that surely everyone who practices any martial art have already heard. “That’s a men thing” “Women should do ballet” “You kick like a girl”, etc.

It is also related that women who practice martial arts tend to have a more masculine body, to masculinize their appearance; it is believed that these practices are harmful to motherhood as they can become sterile, and are very delicate to walk with bruises on the body.

Many of these struggles against stereotypes begin in the athlete’s own family, as the Brazilian Olympic athlete Iris Tang Sing, who practices Taekwondo 13 years ago, has never been approved of this sport by her mother, arguing that it was only “men’s thing”, also that she would not achieve anything with this sport, the problem came to such an extent that Iris had to leave home very young for pursuing her dream, to the point that she has to live at her coach’s  house for lack of resources, this became an obstacle at the beginning of her career but over time she overcomes all obstacles fighting for her passion, and achieving great results at a world competitive level. In addition she has her own academy where she transmits everything she has learned, becoming a great reference in Taekwondo and example of life not only by the way she fights on the mats, but also proving to be a warrior outside of it. (In conclusion, fathers and mothers support their daughters when they decide this way instead of becoming obstacles). 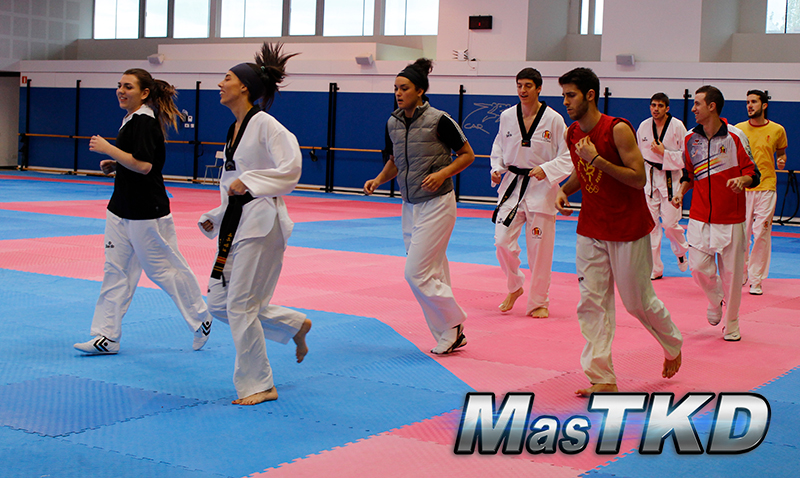 One of the main mistakes is to relate women only to recreational sports or physical activities such as walks, dance, modeling gymnastics and how much activity arises from fashion and that these simply pursue a goal of health or beauty.

Martial arts goes far beyond that, women who engage in sports and even at higher level will have the values that respond to that activity, within the characteristics and requirements necessary without being seen as more or less feminine for having entered to this world, considered still purely manly.

Martial arts are synonymous of physical and mental preparation, training in order to reach certain goal with the gain of techniques and tactics, which helps to reach the maximum potential to the person no matter if it is male or female. 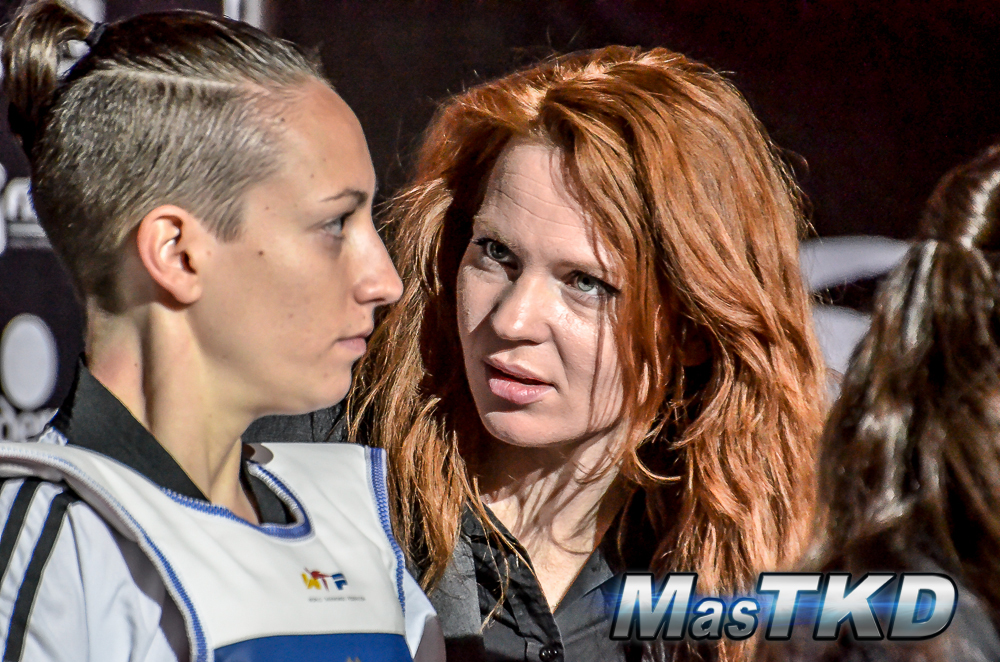 Since the origin of the oldest Martial Arts, women have been part of the evolution and diffusion of them, perhaps only a decade ago the number of women was smaller and almost nonexistent 30 years ago, where the practitioners had to train with men, now the number is getting bigger and greatly benefiting from everything that martial arts can offer.

Knowing how to defend yourself is an experience that changes your life because it empowers you with confidence, determination and knowledge, just as for men, women also forge their character by becoming true warriors, they create very strong bonds of friendship with their teachers and training partners who, for the most part Are great encouragers and promoters for them, training them as equals without preferences or prejudices, knowing that they are capable of absolutely everything, whether as great athletes competing, teachers, instructors, the head of great teams and selections and doing a spectacular job.

The idea that martial arts are just for men’s must be left behind, otherwise we all lose. Everyone who adopts this philosophy of life knows that it is an integrative, pacifist, does not discriminate men or women. It’s our duty to transmit it and not to let the martial arts’ values be lost. 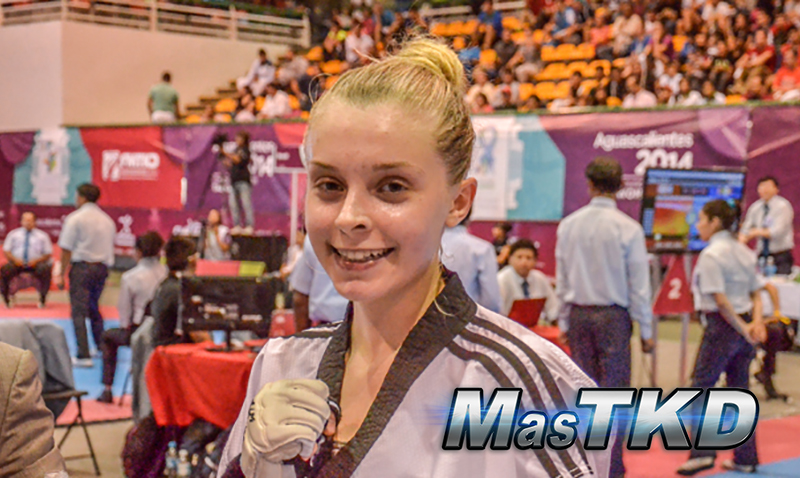 You have to work! No matter what they say, where you train or with whom you train. It is your dedication and your willpower that will lead you to fulfill your greatest dream. (Iris Tang)

Exclusive Laura Roca A. to MasTKD.com
Translated by: Lisethe Salcido