Wales’ footballers are Team of the Year and boss Chris Coleman took a Special Recognition Award after their 2016 Euro success.

Jones became the eighth person to twice win Wales’ top sports award, having previously done so in 2012 after winning her first Olympic gold at the London Games.

“It is just amazing to win,” Jones said. “Especially being from a low-key sport.

“There were so many big names and Wales had such a big year, I just can’t describe the feeling. I did not think about doing the double, I just wanted to be Olympic champion again.

“I was just a naughty and cheeky eight-year-old when I started and went to my local club to burn off energy. And now I am here!”

Jones battled through four fights to retain her crown in Rio in 2016.

The Flint fighter has secured GB’s two taekwando golds since the sport’s introduction to the Olympics in 2000.

She defended the -57kg title won at London 2012 by again dominating her competition at Rio to become the first Welsh woman to defend an Olympic title.

Jones also won the European title earlier in the year to ensure a memorable 2016.

In 2017 Jones will be targeting the World Championships in Korea and the World Grand Prix series, which will host events in London and Manchester.

The Carwyn James Award for the best young sportswoman was won by rising taekwondo star Lauren Williams. The 17-year-old won the World Junior Championship title this year as well as the European senior crown in the -67kg category. 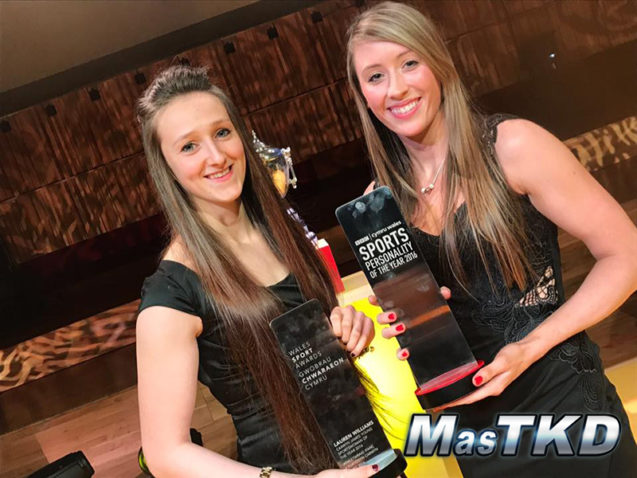