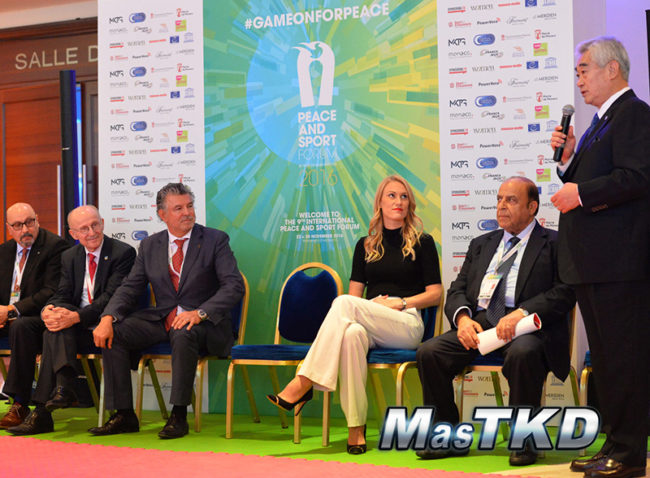 As a side event to one of the plenary sessions in the Peace and Sport Forum which ends this Friday in Monaco, called ‘Breaking down barriers through sports diplomacy’ a highly symbolic Taekwondo demonstration took place.

Representatives from Russian and Ukrainian national teams fought each other in a friendly Poomsae Rule Contest, featuring opponents Timur Glazkov and Anna Borisenko. 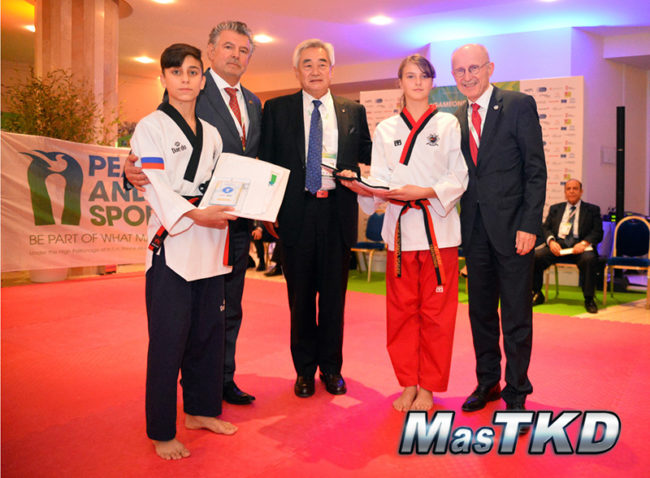 “It’s a big occasion to see two athletes from two nations in disagreement facing each other. This is evidence that sport is a solution and a vehicule for bringing peoples together. What we are experiencing here today is a reflection of our combat where each step – from the smallest to the largest – is important” said Joël Bouzou, President and Founder of Peace and Sport. 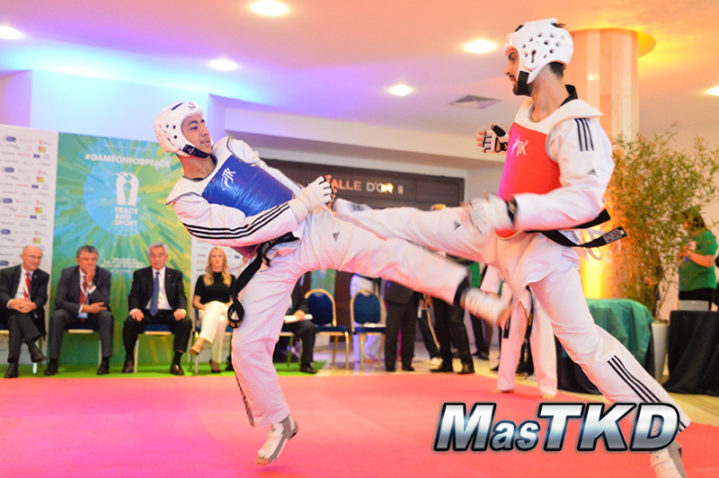 Spectators interested in this happy event included Mr. Marc Attali, Minister Plenipotentiary Minister at the Embassy of Israel, and Manuel Hassassian, Palestinian Ambassador to London, sitting side by side. After the demonstration, they stressed the role of sport as a vehicle for peace. “Where weapons have failed, sport can succeed,” said Mr. Hassassian. “Events like this Forum and the demonstration between two young athletes from Ukraine and Russia prove the role of sport” said Mr Attali.

The two men voiced their wish for competition to be organized between representatives from their two countries “Where everyone can face each other at the same level, with the same belief and the same ideal.”

The symbolic moment ended with a warm and friendly handshake between the two men, joyfully watched by Joel Bouzou, President and Founder of Peace and Sport. 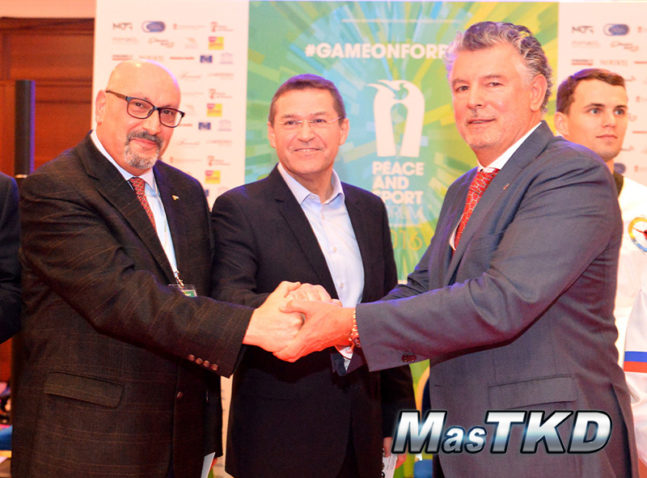