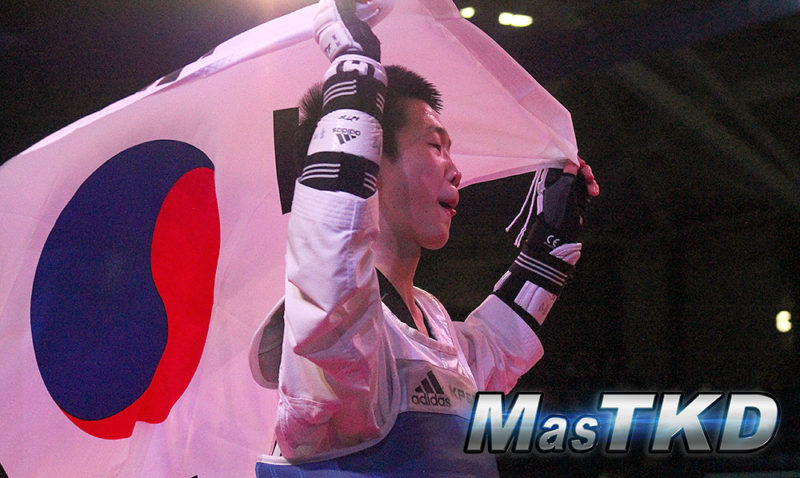 At 9 AM exactly, the first day of five for the 11th Junior World Championships began.

The Bill Copeland Sports Centre in Burnaby received hundreds of locals who showed up looking to spectate and or learn about the sport of Tae Kwon Do.

On this first day, the women’s -42kg and -44kg divisions and men’s -45kg and -48kg divisions were up for competition.

By our standards, the best competitor of the day was without a doubt Iran’s Mobina Nejad Katesari, who, despite being one of the smaller competitors in her division, demonstrated that she had a grand competitive spirit and rose to achieve gold in the lightest weight division for the women. The Iranian showed absolute dominance during her perfect 8-0 championship run, defeating representatives from Mexico, South Korea, the Philippines, Ukraine, and finally Spain. 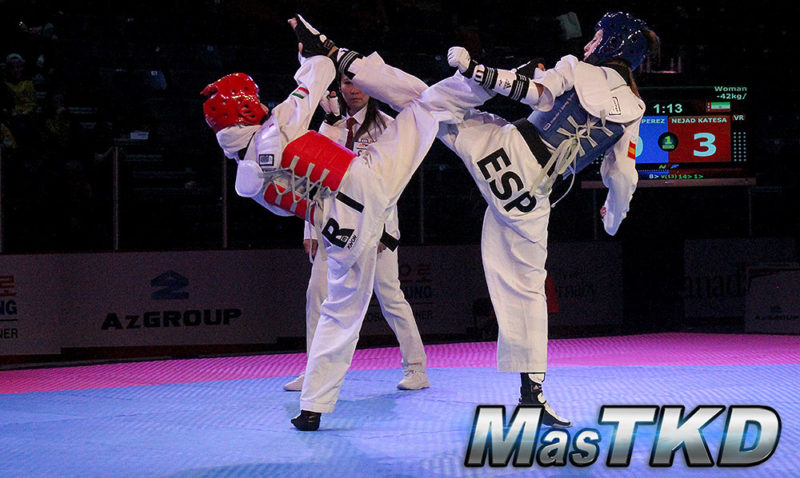 Of the men, the competitor who proved himself to be the best of the day was Korea’s Jae-Hee Mok of the -48kg division. In his triumphant run, Mok defeated with ease the young fighters from Colombia, Ukraine, Serbia, Spain, Greece, and finally Thailand in a final that earned him the gold medal, winning convincingly by 12 points and demonstrating why he is number 1 in the world.

The other gold medalists were Vietnam’s Thi Kim Ngan Ho in the women’s -44kg division and South Korea’s Jun-Seo Bae in the men’s -45kg division.

You can find the complete results by CLICKING HERE.

The ceremony began with the traditional flag parade with flags of the 102 participating countries carried by the athletes themselves escorted by the traditional Royal Canadian Mounted Police.

The main theme for the opening ceremony was based on the great cultural diversity of Burnaby, where actually more than 100 languages coexist .

Following this, a native canadian dance company performed a musical show playing traditional percussion instruments which set the rythm for a traditional dance with a “wolf” as a main character. 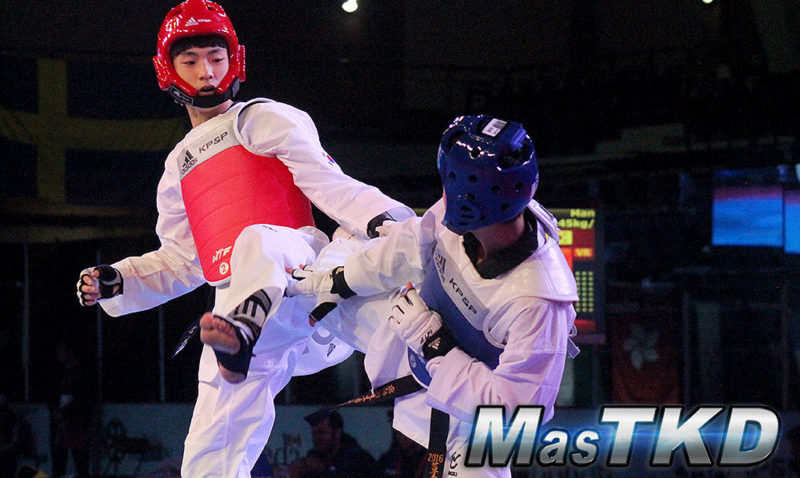 After the dance, WTF’s president gave a speech which can be found HERE.

Burnaby’s Mayor, Derek Corrigan, received a honorary black belt from WTF as a gift for his hospitality to which Mr. Corrigan responded: “I don’t have any Taekwondo skills, so if anyone wants to fight me, i can only have a honorary fight”. Besides this joke, the city Mayor signed an agreement with the Taekwondo Honorary Foundation and compromised himself with a substantial financial support for the THF.

A local Poomsae team performed a show with a Korean Percussionist, followed by a bagpipes group and a Canadian choir, finally, we had the first challenge competition “Break Boards, Change Lives” where THF gives Taekwondo authorities around the world, the chance to donate funds in exchange for breaking boards in “kioppa” style.

So, this was our first day at Burnaby at the WTF 11th World Junior Championships and we are preparing ourselves for our next journey.