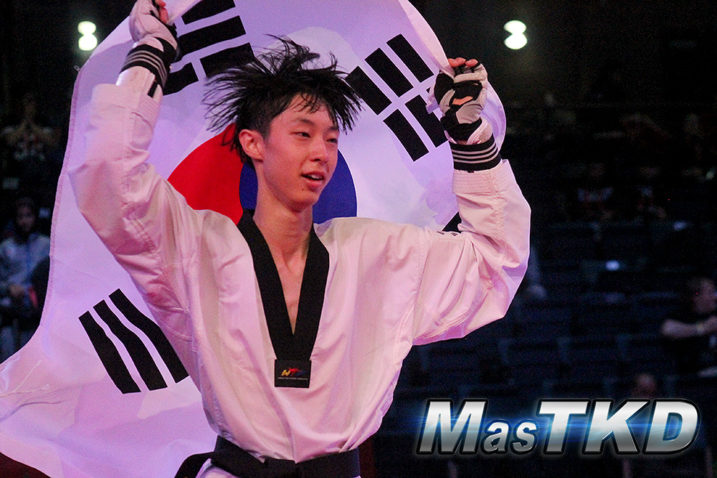 Winning 3 of the 4 categories in dispute during the second day, Kim Yu Jin at -49kg female, Jung Chan Ho at -55kg male and Jang Jun at -51kg also male were the Koreans who took the gold on this day. The fourth gold corresponded to Charanawat Napaporn from Thailand.

The best competitor of the day was undoubtedly the Korean Jung Chan Ho of -55kg, who took the trophy of absolute champion and the respect of all his peers by winning in the final, by the maximum possible difference (12 points), to Azerbaijani Magomedov Gashin. The European, who originally was outlined himself as the big winner, especially for having crushed in the semifinals to the Iranian Baseri Ali by a devastating 21-8. But Jung’s fury could not be stopped, who on his way to the final defeated Jordan, Turkey, Georgia, the Philippines and Morocco.

Summary of the First Day of the 2016 Junior World Championships https://t.co/5k5gyr4gxf pic.twitter.com/i4ahYH6CXv

The best of the girls was the “human tower” Kim Yu Jin from Korea at -49kg. The Asian woman was able to impose her impressive physique on her rivals and took the laurels in the most competitive category of females. In its triumphal passage to the gold it had 5 combats, of which 2 took them by point gap. The United States, Nepal, China, Slovakia and Taipei were the victims of her front leg kicks, which led to the championship throne.

Learn more about the complete results by CLICKING HERE.

The President of the WTF Dr. Chungwon Choue give away seven checks valued at $ 5,000 each to the representatives of Bangladesh, Botswana, Guadeloupe, Mongolia, Nepal, Rwanda and Ukraine. They were awarded as a stimulus to the growth of Taekwondo in developing countries and were courtesy of the official sponsor of the World Federation, the Booyoung firm.