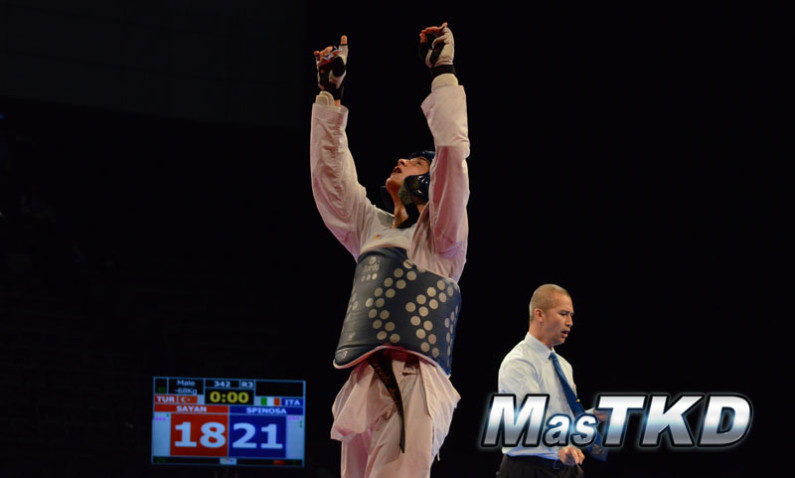 For a lot all of people, the Taekwondo’s old school now is in their minds, only in their minds, for other big group of Taekwondo players the new way is better. But what happen with the new generations? They’re between a war of opinions. Really they have a style to fight?

If you ask at the athletes that are going to next World Championship: who is their favorite senior fighter? May be they answer: Aaron Cook, Alexey Denisenko, Servet Tazegül, Jyung Wu, Bianca Walkden, Jade Jones or Eva Calvo. Then, you tell them: why? They don’t know or the answer will be: because are awesome. After you ask: Do you would like fight as them? They response: yes. You ask: why you can’t? They answer: because we can’t enter aggressive, we need save the points. The chest guard is so sensibility and our coaches says that is prefer ensure the fight.

On August 28 of 1963 Martin Luther King Jr. said “I have a dream”. His objective was make a change in the mind of people. The objective was that whites and blacks could make their life with less discrimination. Today, using Luther King’s words, I can say: I have a dream, and is that I’ll can see at new generations will can learn from the oldest and can will do, again, an awesome Taekwondo.

Right, the rules came to make at our sport lazy. Was an error. But we can to do an amazing, interest and awesome Taekwondo with courage, focus and love by our sport.

The new generations are in a dilemma: can we fight as legends or fight as generation that grow up with new rules?

The World Taekwondo Federation repaired the rules: great job, team. And we can say that technology doesn’t is the problem. The problem is with players and coaches that do trap.

Monkey’s kick is a revolting technique, for example. You can look some trainings when the coaches put at their athletes to practice this technique. Come on buddy! Really?

The solution to our new lazy sport is educate as our new generations. Is the solution to make, again, an amazing and spectacular sport.

Taekwondo has all to become one of the most popular sport around the world. The WTF is doing a good job with the promotion of sport, but we need help us with clean Taekwondo.

I have a dream: is can see in the future amazing Taekwondo. And not in Aaron, Servet, Jyung or Jade, ifnot in new generations. Remember these are going to become senior.

And tell me: what’s your dream? Sure: when we talk about save our magic sport.