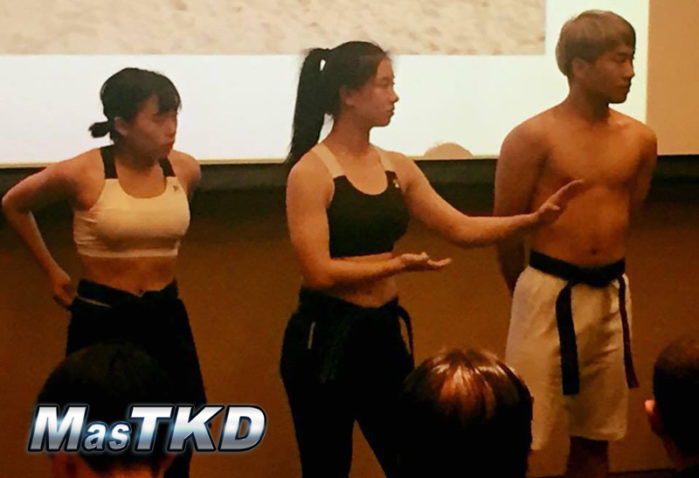 As we already anticipated in our note First World Beach Taekwondo Championships, the World Taekwondo Federation, has decided to give one more try on the event’s organization, despite the low call support on the first chance (Read Note)

On this matter, they presented new uniform ideas for the Technical meeting in the World Poomsae Championship being held in Lima, Perú.

One of the proposals for men, is to compete with nude torso, belt and shorts.
For women, the uniform would be a sports brassiere, belt and leggings or tights (depending on the particular local name for it)

Eventhough the place and date for this new event hasn’t been confirmed, it will surely take place.
New ideas, new proposals, ideas on favor or against.