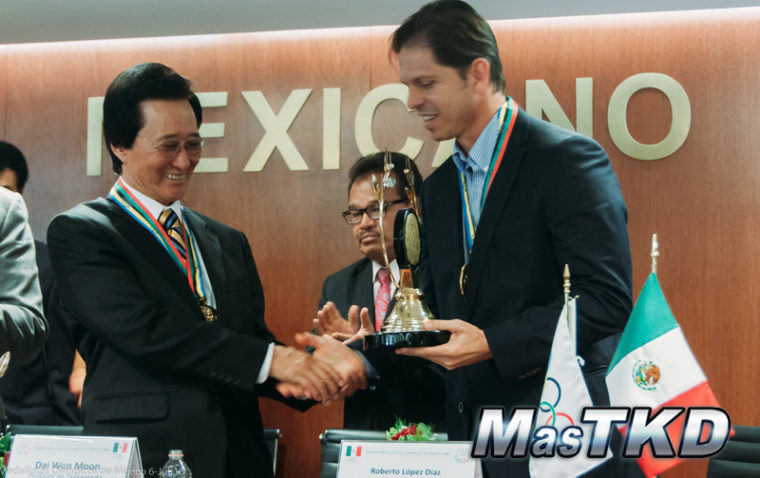 The ceremony was held in the Presidential Hall of the Mexican Olympic Committee (COM), in the capital city.

“It is an honor for me to receive this distinction, 47 years ago I came to Mexico and we have worked to represent the country gallantly in each of the events where Mexican athletes were presented” commented in his speech GM Moon.

The president of the Mexican Olympic Committee, Carlos Padilla Becerra, mentioned the important work of Grand Master, recalling an anecdote in the Olympic Games in Beijing 2008, where the intervention of Grand Master Moon as a Council Member of the WTF, were determined the final results: 2 Olympic gold medals.

“Taekwondo is not just a physical discipline, also mental and spiritual. Gold medals are not won only on the Olympics, but must be earned every day. No battles are fought in a combat area 8 by 8 (meters) only, battles are fought everywhere and at all times” concluded the GM Dai Won Moon.