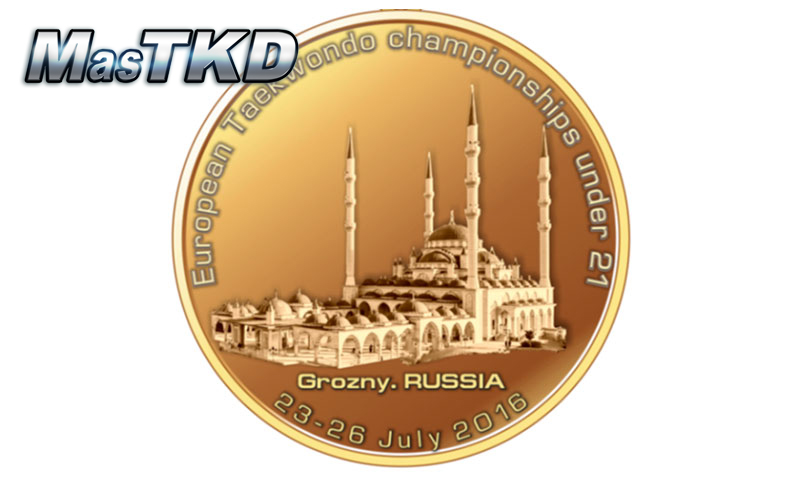 The inauguration of the ETU European Taekwondo Under21 Championships took place today (23/07/2016) at Sport Hall “Olympiysk”in Grozny, Russia. This is the first time in the history of the Republic of Chechnya to host a European Sport Event.

Almost 250 participants were present in Grozny City from all around Europe, in order to compete and claim a place on the winners’ podium.

The Opening Ceremony was honoured by the present of the Head of Chechen Republic Ramzan Akhmadovich Kadyrov, the Chechen Minister of Sport Khasmagomed Khizriev, the ETU Vice-President Fred Buitenhuis and the ETU Vice President and President of Russian Taekwondo Federation Anatoly Terekhov.

As the Head of Chechen Republic Ramzan Akhmadovich Kadyrov, stated: “I am extremely satisfied and proud for hosting the ETU European Taekwondo Under21 Championships here in Grozny- the capital of the Republic of Chechnya. We are happy for hosting so many athletes in our city since all the Championships that was held in Russia generally was successful. Hopefully, these Championships will be held also in totally effectiveness. I would like to wish to all participants good luck and I hope that they will share the fair play spirit once again.”

Continuing, the ETU Vice-President Fred Buitenhuis, thanked the Organising Committee and added: “As I walked down the streets here during the day and during the night, there is one thing I want to ensure· Grozny is an incredible city with friendly people and has amazing sport facilities, so innovating that we can call Grozny a Sport City.”

The first countries that were founded in the top positions of the podium at the premiere of the Under 21 European Taekwondo Championships 2016 in Grozny, are Russia, Hungary, Cyprus, Greece, Bulgaria, Ukraine, Turkey, Israel and Germany. It is worth mentioning that the National Team of Russia managed to win three gold medals, one silver and one bronze.

The categories in which the young European athletes participated earlier today are for Males -54 kg & -58 kg and for Females -46kg & 49kg.

Vladimirov Aleksei (RUS) : “I am very happy to be European Champion, it’s my first Championships in such a high level and I feel so excited I cannot realise what happened. My next goal is Russian National Championships that will be held on November.”

Malchenko Taras (UKR): “To be honest, I feel a little bit disappointed but in contrast with the previous European Taekwondo Under21 Championships, I can say that my performance is been improved. Now, I look forward in being selected for Junior World Championships in Canada. Additionally, I would like to say that the Championships here in Grozny, are so well prepared and I am happy for participating here.”

Andreopoulou Ioanna (GER): “Unfortunately, no one of my team mates was willing to join these Championships but honestly I did not want to lose this chance because it was so important to me since these are the first European Championships I have ever participated in. As a result, I am extremely happy because I was not expected to win the first place. I am so proud that I decided to come to Grozny by my own, since it is also an amazing city. ”