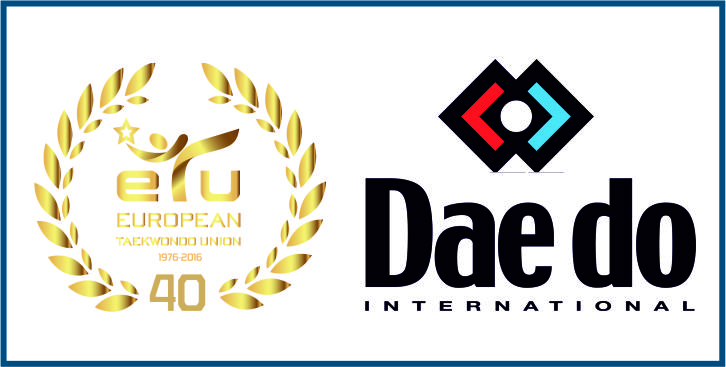 A delegation of the company’s senior personnel will be attending the gala, supporting the award of the most important athletes and European Taekwondo figures that will be present during the event. Daedo will also present its awarding categories on the occasion of the gala.

“We have a dream and passion for Taekwondo”

Daedo International has its headquarters in Barcelona and has been offering products with the best price/quality relationship to Taekwondo since 1983. In 1987 it became the Official Sponsor and Supplier at the World Taekwondo Championships and in 1992 the Official Supplier of the Olympic Games in Barcelona. Since then, Daedo has successfully participated in numerous world-scale Taekwondo events, such as World Taekwondo Championships and the Olympic Games Beijing 2008. DAEDO has also developed the Protector & Scoring System which established new standards in Taekwondo, centralizing in one thing: fair play in Taekwondo.

ETU President stated: “We are glad to have the support of Daedo International for one of the milestone moments of the European Taekwondo Union. It is very important for us to have such partners, that help us enhancing the European Taekwondo the way we do. Daedo is a credible company that is always striving for development and constantly invests in improving its gears, providing the high quality equipment that Taekwondo possesses right now. This is what characterizes ETU as well. We keep our foundations strong, we invest in our athletes, our MNA’s and championships, always striving for quality, credibility and character. In Daedo, we see ETU and this is what makes this partnership special.”

The ETU 40 Years Anniversary will be held in Bucharest, Romania on Friday 9th of September 2016, during the European Cadet Championships (8-10 September 2016).