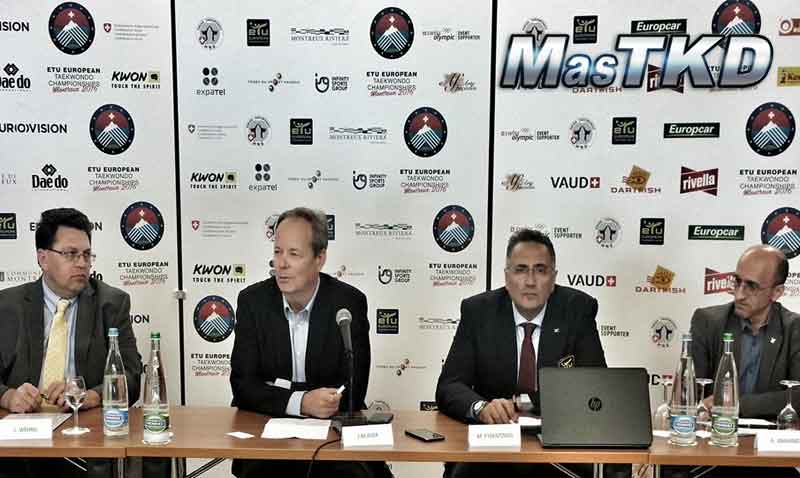 In this milestone event for the European Taekwondo Union, 387 athletes from 47 countries are participating, among them 41 out of 42 European athletes that have qualified for the Olympic Games Rio 2016.

Present during the conference was also the official Press Officer Genevieve Brunner and the Vice-President of the Organizing Committee, Yves Depallenes.
Jean-Marie Ayer said: “The dynamic of this event before the Olympic Games Rio 2016 is paramount, since 41 out of 42 athletes that have qualified for Rio 2016 will compete during the days of the Championships.”

E.T.U Secretary General Michael Fysentzidis stated: “All spectators can witness first-hand the elite of European Taekwondo fighters and most probably some of the upcoming Rio 2016 Olympic medallists.”

The Mayor of the city of Montreux elaborated on “What is Montreux” and its efforts for an integrated citizen-centered sport and culture community.
Salle Omnisport du Pierrer is ready to welcome the ETU European Taekwondo Championships Montreux 2016. All national teams have arrived in Montreux and everything is set to celebrate the 22nd European Taekwondo Championships on 19-22 May.